A Bizarre Story From Derby Derbyshire County Council have ordered their webmasters to use content filtering to prevent the Ramblers' Association Derby Dales Group web page being accessed from library internet cafes in the county.

The Derby ramblers' web content falls within the county councils' definition of a sex website the press release reveals.
No surprise then that Derby ramblers "love to go a - wandering along the mountain track" then but just what the hell does rambling involve in the Derby Dales we wonder?

I must ask artist and blogger Mike St. Mark if he has experienced any interesting variations from the norm while walking in the dales.

...on the Ipswich murders,

...on decriminalising Drugs and Prostitution to stop this violence against women.

Another good read on an equally pressing social problem, anti-social behgaviour in young people from one of my friends. The writer of the letter reprinted on my friend Teri Rotherham's blog is a teenager in a run down industrial town.
http://rotherhamblogspace.blog.co.uk/2006/12/18/youn_people_s_points_of_view~1453001
Posted by Boggart Blogger at 10:15 AM No comments: 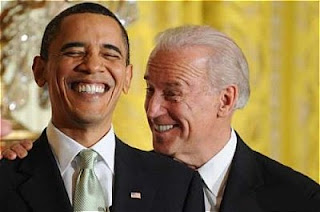 (Image source)
This item was first posted back in 2005 (it had few page views for the next ten years because I used to use this blog only to get my new content elsewhere indexed rapidly - all that changed on 2014 however. But Christmas is approaching again so perhaps it is time to give it a revamp. It is interesting to note how the Politically Correct Thought Police have progressed from banning Christmas festivities on health and grounds to banning everything on the grounds that it might offend Muslims.


Following on from last weeks revelations about the Health and Safety Executive's plan to make sure all trees with the potential to fall over in high winds are properly managed with public safety the foremost consideration we bring you more news of Health and Safety fascism from the uber - jobsworths of Tower Hamlets Borough Council.

Last year these halfwit bureaucrats earned ridicule for banning all Merry Christmas type messages lest they offend the delicate sensibilities on non - Christians.

This year, with the complicity of Health and Safety Inspectors they have banned all wall and ceiling mounted decorations in all council premises because staff could be seriously injured while putting them up.

Bacon Sandwiches to Be Banned In The Workplace? (they offend Muslims
Muslim intolerance
Multicultural jihad
The Adventures of Supermuslim