Garry Trotter and the Portal of Pleasure #4

Not fan fiction but satirical parody, these posts don't make much sense unless read in order: Perevious 1 ... 2 ...3 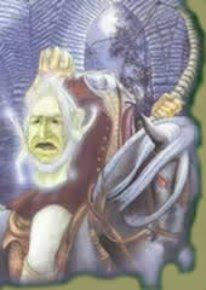 When Don Beesley had heard of the private single room he has thrown a hissy fit. The privileges that came Garry's way simply because he was the son of someone people said would have been the greatest wizard that ever lived irritated everybody from time to time, but particularly Don because the two boy wizards were best mates and you just didn't abandon your mates.

"Remember in the first year we made a pact that we would stick together right through school, soon forgot that didn't you. We made a deal we would share a double study. Soon left me behind when you got a single because you are Humblebore's pet didn't you?"

"I'm not Humblebore's pet," Garry sounded hurt. The school and the whole world of white wizard and witching had great hopes of Garry because he had defeated Volauvent and banished him to the dark dimensions, but such a burden of expectation lay heavily on a boy's shoulders.

"Only senior get singles, you are not entitled," Don whined.

"It isn't my fault, I didn't ask for a single," Garry protested. "Anyway I wanted to know if you fancy coming up for tea and crumpets later."

"Oh yeah. Not good enough to share your room but I can come up for tea and crumpets." Don was struggling to hide the fact that he was thrilled to be asked. "Well I'll have to see if I have anything better to do. Batto Bellfry had been awfully friendly since you moved out of the dorm and he lays on cream cakes for people who go to tea."

"Don, it wasn't my idea to move to a single. Humblebore made me. Because…well because something is happening to me and it might be dangerous. And it is happening to Briony too."

Garry's magic wand filled up with cosmic energy at the thought. "No! Well nobody has said anything. I suppose they want to keep it secret."

"Listen Don, I didn't want any of this. All I want is to be an ordinary boy wizard and not get noticed everywhere I go and just be able to have a laugh with my mates and play Futtox for Wyverntail house."

"No, you never asked for it Garry, but you never say no when it comes along do you? You just manipulate people coz they are useful to you, you're a user, Garry Trotter."

Garry's eyes filled up with tears as Don stomped off.

A secret is not worth having unless it is shared and Don's hostility had to be tolerated because Garry needed to share his secret with somebody. Later that afternoon Don went to the single study as arranged.

"I wanted to show you something," the boy wizard said as his friend scoffed dozens of hot buttered crumpets.
"What, something else Humblebore has given you, teachers pet."

"Sarcasm is the lowest form of wit."

"Well a user is the lowest form of friend."

"Just look at what I have to show you then and perhaps you will understand." Garry had invited Don at this for afternoon tea because it was the time Briony took her daily shower. Lessons were over and there was usually the residue of exploding toads, leaky skunks or some form of ectoplasm to be washed off. Girls were naturally more particular about this than boys.

"Oh she will be totally visible Don, just not actually here. Look," Garry felt control shifting back his way a little as he pulled the rug aside.

Don put his eye to the knothole in the floor. "WOW, its Bri. and she's got no kit on. Is it some kind of video device? Hey, she is in the shower. Is it a 3D version of psycho. Garry! We have to help Briony, someone is going to knife her."

"She isn't in any danger," Garry said, his voice shrill with tension, "move over its my turn."

"No, I've seen the film Garry, this guy stabs her through the shower curtain."

"Don, its not a horror film, just Briony taking a shower."

"How else do you take a shower?"

"I don't think we should be watching Garry."

"You have sisters Don, what do you reckon of the way Bri. looks? Look closely around the top of her legs."

"She's… she's… yeuch, there a great big hairy wart where her twinkle should be. What is it? Is that the dark magic you were telling me about?"

"That, Don, is something muggles know more about than us. I had to go to a muggle shop to find any useful stuff about it. That is the Portal of Pleasure. Sometimes known as the Gateway to Heaven, the Delta of Venus and the Fountain of Ecstasy. Its something very special."

"Bollocks," said Don, "it looks like a Badgers arse."

Garry felt all alone and confused as he realised he could not share his amazingly brilliant plan with his best friend.

WILL GARRY'S CUNNING PLAN BRING HIM WITHIN REACH OF WHAT HE DESIRES SO MUCH. READ THE NEXT THRILLING EPISODE.