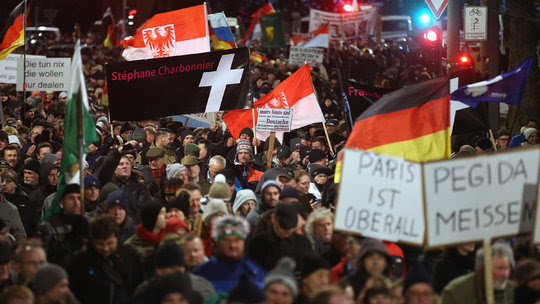 Anti - immigration prostests in Germany
Statistics released by a senior German academic confirm previous forecasts suggesting the majority of Syrian (del>illegal immigrants refugees arriving in Europe claiming they are asylum seekers or refugees are functionally illiterate and have no hope of obtaining gainful employment.

That almost two thirds of Syrian refugees are illiterate mean the majority will never enter the labour market, according to the “harsh” claims of professor Ludger Wößmann of the University of Munich. Opponents of unrestricted immigration have warned since the flow began to build in 2013 that mostillegal arrivals were economic migrants and were coming because they had heard in Europe governments pay people a wage for doing nothing.

The idea that most of the people arriving were highly qualified engineers or brain surgeons was propaganda put out by left wing organisations that support mass immigration.

Speaking in an interview with Zeit magazine, the professor admits there are no definite statistics on literacy of migrants arriving yet, but combining knowledge of migrants already arrived and Organisation for Economic Co-operation and Development surveys of the nations where refugees come from paints a bleak picture.

In a warning to German manual workers, the professor also suggested the only hope to get many migrants working and off welfare programmes is if Angela Merkel's government was to suspend the minimum wage for them. Merkel has done everything she can to shit on germans and spoonfeed immigrants so we can expect that to happen.

The professor also batted off the suggestion doing so would be harmful to the 'dignity' of migrants, as leaving them unemployed would be worse. Supporters of immigrants, it appears, do nor consider the dignity of native workers undercut by imported labour. READ MORE >>>

Mainstram Media Finally wake Up To Migrant Crisis
In a move that will leave many of its shocked and disoriented, The Sun, the tabloid of tits and trivia today woke up to the immigration crisis that is threatening the social stability of European nations and reported some real news.

Opposition Party to Sue Austrian Government Over Complicity In People Trafficking
We have reported previously that in their eagerness to complete the genocide of Europe's white working classes, the political and business elites are prepared to make a mockery of their own laws. One way in which this has been done is by turning a blind eye to people trafficking so that the entry of illegal immigrants to Europe would not be slowed by national law. We can't claim credit for the action reported here, we have very few Austrian readers, but it's good to see oyhers are starting to think.

As the stituation in German society deteriorates each day due to the vast swarm of lawless, uneducated, infidel hating illegal immigrants that Housfrau Volksfuhrer invited to travel to Germany and replace the established population, social commentators are predicting the country will slide into civil unrest and possibly full scale conflict between supporters of immigration and patriotic Germans 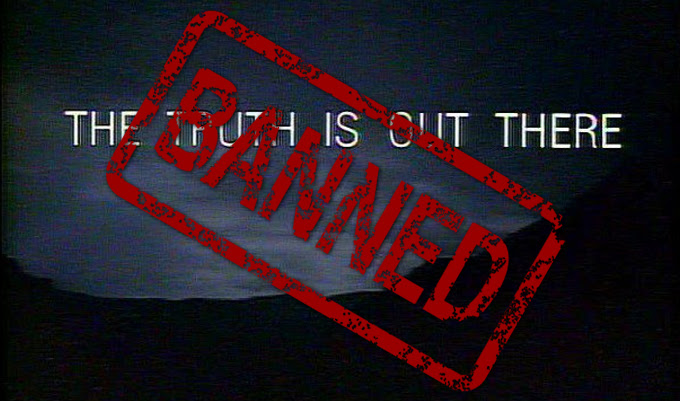