Top American COVID Scaremonger Says says if you are worried about Covid vaccine, you’re most likely an insurrectionist who hates authority

Boggart Blog says Dr Fauci it a lying, cheathing science whore who will say anything if you pay him enough. If you are concerned about reports of links betwen Covid vaccines and blood clots, heart attacks, brain damage and death, far from being an insurrectionist who hates authority you are an intelligent and responsible citizen who thinks for yourself and has a healthy scepticism about the statements of a propagandist for authoritarianism like Fauci.

Let's be honest with ourselves for a moment, it is known from US Government documents obtained under a Freedom of Information request that Fauci, acting on behalf of a US Government agency (DARPA) the Defense Advanced Research Projects Agency, commissioned and funded the "gain-of-function research in the Wuhan biological weapons research facility in China, that turned an obscure and relativly innocuous virus into the myth that spawned a pandemic and he has been the leading propagandist in the US Deep State's using the pandemic to override democracy in the USA and usher in a form of fascist tyranny.

What puzzles us is that people outside the Washington bubble and the United Nations cesspit still listen to him. 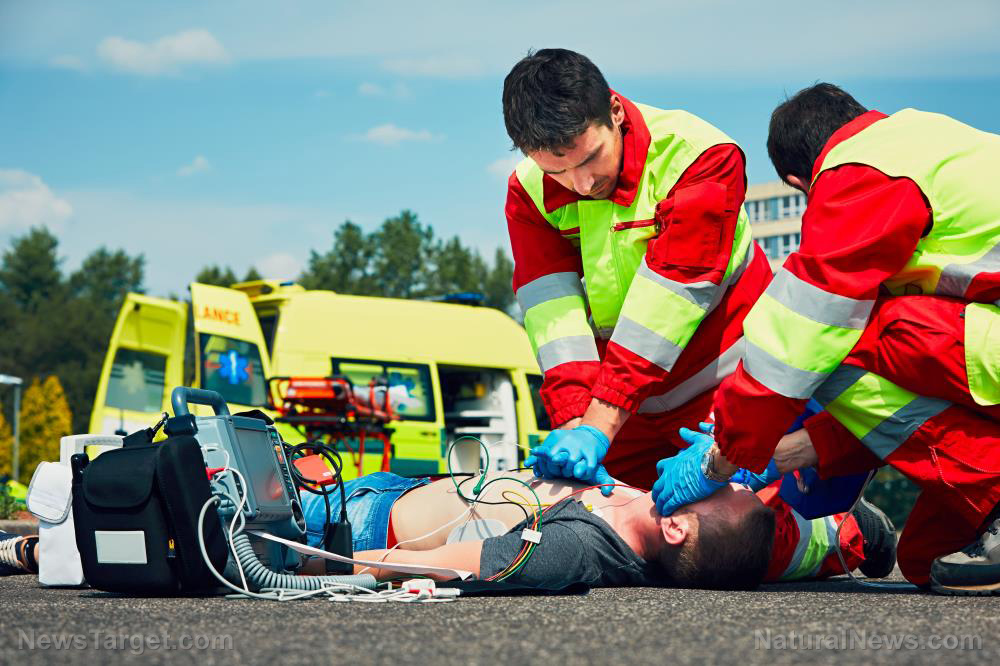 Recalcitrant means having an obstinately uncooperative attitude toward discipline or authority. Anthony Fauci claims the only reason 70 million Americans are NOT getting Covid vaccinated is that we’re all a bunch of recalcitrant, political dissidents who don’t respect authority. What he forgets to mention are the now common side effects from the Covid vaccines, namely deadly blood clots, loss of specific motor functions and myocarditis. Almost everyone already knows someone who is currently suffering from SPS – Spike Protein Syndrome.

Can’t walk right anymore since that second Covid shot? You’ve got Spike Protein Syndrome. Got horrible shooting pains up your spine or down your legs all of a sudden, just days after getting the China Flu jab? You’ve got Spike Protein Syndrome. Your entire vascular system, immune system and central nervous system are all in a state of shock, wondering what to do with those billions of toxic spike proteins. So now, Anthony “Fraudulent” Fauci has some advice for the healthy: Get vaccinated or become classified as an enemy of the state.

So now the “enemy of the state” is anyone who won’t take clot shots regularly that supposedly stave off a bad case of the China Flu that was designed using Fauci-directed funding. So now the natural health advocates, some of the healthiest folks on Planet Earth, are being called extremists and recalcitrant rebels because we know how to take care of our immune systems with clean food and clean medicine? People are dying by the thousands from the Covid jabs. Any more questions?

Listen to the propaganda king just make stuff up, without any scientific backing, statistics, research, clinical studies – nothing. Just talk, like a bad talk show host who loves his dirty vaccines so much he can’t help but call everyone Trump-loving terrorists who won’t accept them. This isn’t medicine. This is politics. Question: If Fauci releases MERS next, will he go to prison for treason or mass murder? Stay tuned to find out.

Fauci: “We have a really unfortunate situation, that we have a pretty hard core group of people that, we’re trying to persuade them, or mandate them if they’re not persuaded.” (as he chuckles like the little evil scientists from the movie “The Burbs” with Tom Hanks). What? This sounds like he’s one step away from “persuading” and “mandating” Covid concentration camps in America. Round up all the insurrectionists, right?

Here are the Fauci clones, little evil psychotic doctors (just like him) named the Klopeks, experimenting on humans in their basement in the movie “The Burbs”…

Are you worried about blood clots and strokes from the Covid vaccines? Then you don’t respect authority, and you require mandating after failed persuasion. He just makes things up. He claimed the Covid vaccines work perfectly fine against Delta. Really. So they’ve isolated Delta, tested everybody that got the clot shots who still caught Covid, and singled out that variant. Please, Tony, show us those studies.

According to Fauci, every American will be MANDATED to take the deadly Covid jabs after all “persuasion” attempts fail

Get ready to be held down on the ground in front of your house or apartment and force-vaccinated, at gunpoint (FEMA Covid SS “guards”), along with any children you may have, if Fauci gets his way with “mandating” vaccines after failing to persuade the final 70 million Americans who say no to Big Pharma stabs. Remember, non-compliance is considered ‘recalcitrant,’ which will soon be classified in Wikipedia and Google as someone who disrespects authority and is ‘terrorist by nature.’ “We have the tools to end this!” the quack scientist-on-TV bobble-head declares about his clot shots.

Suddenly, in America, if you don’t get your ‘flu shot’ then you’re a terrorist, a political enemy to the country, who puts everyone at risk at all times. No unvaccinated person is human any longer in America, according to Fauci, as we are lepers and domestic threats. He believes we should no longer be allowed to travel by plane or train or bus. No more dining out. No more in-school education for your children. The flu never goes away. Not the China Flu. It’s permanent, according to Fauci, even though the healthy Americans don’t die from it (or even really catch a bad case of it, for that matter).

Natural immunity is much stronger than any spike-protein injection on the market. Don’t take chances with your life because a vaccine ‘expert’ on TV says the flu is forever, while pushing the quarterly vaccines for it.

COVID-19: Have You Got Superhuman Immunity
While news from Israel, the world's most vaccinated nation they claim, from the USA and from closer to home fuels suspicions that the COVID vaccines pushed so hard by government and mainstream media are not working because numbers of fully vaccinated people getting sick with or simply testing positive for COVID is proportionately as high as the number of infections before vaccines were available, the World Health Organisation (WHO) and national health authorities are still pushing the case for vaccination as hard as ever.


Hungarian Leader Says Soros-Funded Groups Are Making Money From The Immigration Crisis
While Germany pursues its policy of replacing expensive German labour with cheap third woeld labour at act as fodder for its profit hungry factories, and the French government obediently follow their German masters while Britain stands aside, it is the poorer E U nations, led by Hungary, that have at last acted to stop the flood of unskilled, often illiterate refugees from third world nations flooding into EU nations.


Political Europe Suppressed Under Washington´s Thumb Is Waking Up
In the aftermath of the downing of the Malaysian airliner in Ukraine, the Western media followed Washington’s lead and manipulated reports in order to make Europeans believe that Russia and Russian-supported separatists in eastern Ukraine were responsible for downing the airliner. In Germany, the press was an extension of Washington’s propaganda machine despite the lack of evidence from both Washington and Kiev to support their irresponsible claims

The Authoritarian Left And The Threat To Personal Liberty
Ian reflects on his political position, has he realy moved from near anarchist left to reactionary right on the political spectrum, or have authoritarians hijacked the language of liberal and libertarian philosophy and perverted it to serve a neo fascist, big government agenda?


Will Anti European Union Feeling Lead To More Integration
Many people who are part of the media luvvieocracy seem to think the anti EU surge revealed in elections to the European Parliament earlier this week will lead to an intensification of the EU ruling bureaucray push for the integration of the 28 European Union member states into a single federal superstate. A more realistic view is that many who voted for the stus quo were not so much supportive of the pan - European project as fearful of what will happen when the EU falls apart

How Can Mainstream Politics Respond To The Anti EU Surge Across Europe? As the hysteria intensifies following the enormoust anti EU swing in elections for the European Parliament, we look at what options are available to the mostly pro EU, pro federalisation leaders of the main European Union nations, that will not result in the citizens if Europe becoming further alienated from the political and technocratic classes.

When Lefties Tell You They Are Liberals Look For The Nazi In The Closet
The left have always been quick to shout Nazi whenever a conservative or libertarian was getting the better of the argument. but socialism is the parent of fascism and the authoritarianism of modern liberals and 'proressives'is far closer to the politics of Hitler, Mussolini, Stalin and Mao Tse Tung than either Benjamin Disraeli or Margaret Thatcher ever were.
Posted by Boggart Blogger at 9:30 AM No comments: