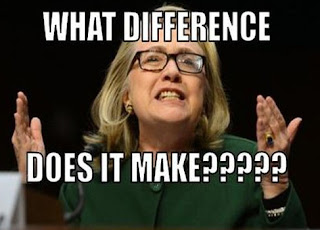 California Fault Lines Are Ready For The Big One, Geologist Warns

The San Andreas fault, which was responsible for the San Franciso Earthquake of 1906, runs right through the middle of some of the most expensive property in the world, and also some of the most densely populated. The last big movement in the sourthern sector of the  San Andreas, in which Los Angeles with its millionaire suburbs such as Beverley Hills, Bel - Air and Laurel Canyon is located was in way back in 1857, the Los Angeles Times reports  .

Thomas Jordan, director of the Southern California Earthquake Center, said this week "the springs on the San Andreas system have been wound very, very tight for some time. And the southern San Andreas fault, in particular, looks like it’s locked, loaded and ready to go."


Have you noticed that the crust of the Earth is starting to become a lot more unstable?

As The End of The American dream blog's Michael Snyder explains, over the past couple of months, major earthquakes have shaken areas all over the planet and major volcanoes have been erupting with a frequency that is more than just a little bit startling.

In the United States' National Park of Yellowstone in Wyoming witnesses say the ground is moving as if floating on the surface of an ocean in slow motion; the state of Oklahoma absolutely shattered their yearly record for quakes last year; numerous volcanoes are erupting on have recently erupted around the Pacific Ring of Fire and now we have a Californian geologist telling us that the San Andreas fault in southern California “looks like it’s locked, loaded and ready to go”.


Old Faithful Geyser,Yellowstone Park, watch the slall mound to the left of the geyser

This blog does not pay a lot of attention to dire warnings about climate catastrophe or asteroid hits that are based on data from mathematical models running in supercomputers, but when the director of the Southern California Earthquake Center talks about earthquakes it is wise to listen. Not that anyone can predict when a quake WILL happen, it could be tomorrow, it could be a hundred years. The following quote from Jordan however. comes from a Los Angeles Times article that was published this week that is getting a huge amount of attention right now…

“The springs on the San Andreas system have been wound very, very tight. And the southern San Andreas fault, in particular, looks like it’s locked, loaded and ready to go,” Jordan said in the opening keynote talk.

Other sections of the San Andreas fault also are far overdue for a big quake. Further southeast of the Cajon Pass, such as in San Bernardino County, the fault has not moved substantially since an earthquake in 1812, and further southeast toward the Salton Sea, it has been relatively  quiet since about 1680 to 1690.

Here’s the problem: Scientists have observed that based on the movement of tectonic plates, with the Pacific plate moving northwest of the North American plate, earthquakes should be relieving about 16 feet of accumulated plate movement every 100 years. Yet the San Andreas has not relieved stress that has been building up for more than a century.


No conspiracy theories, no allegation of divine or satanic influences at work, just level headed conclusions based on observation and study of past events. This kind of stuff is worth listening to. So what can we do? Well nothing really, in spite of what the loonytoons variety of scientists tell us, any attempt by humans to alleviate the problem is more likely to make things worse than to improve them.

A wise President however would stop provoking Russia and China, disengage from current foreign conflicts, focus on domestic problems and prepare the military to deal with massive rescue and relief operations. Unfortunately the man in The White House has shown himself utterly incompetent to deal with such problems, or indeed anything that does not involve foreign wars or gay and minority rights.