Russia Intercepts US Aircraft Over Baltic During NATO Military Exercises

Russia conducted a safe and routine intercept of a US aircraft over the Baltic Sea on Friday, US Department of Defense spokesperson Capt. Jeff Davis revealed on Friday.

"There was a routine and safe intercept that occurred during that [BALTOPS exercise]. This was not one we believe falls into the category of unsafe," Davis said.

On June 6 Russia's Defense Ministry reported the Air Force scrambled a Su-27 fighter over the Baltics to to intercept and escort a US B-52 strategic bomber that approached its borders. 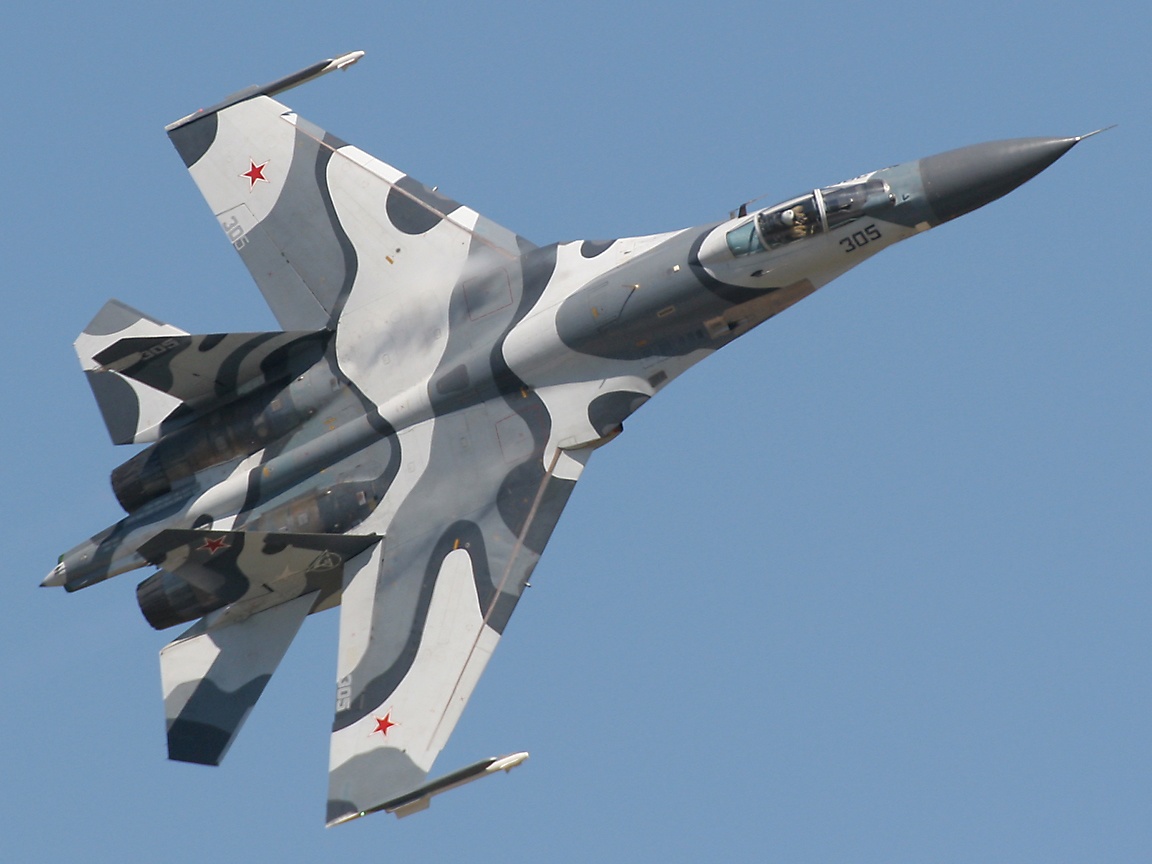 On June 1, NATO naval exercises, dubbed Baltic Operations (BALTOPS), the largest evr held by the western powers in the region, kicked off in the Polish northern port city of Szczecin. Twelve NATO states, including Belgium, Denmark, Estonia, France, Germany, Latvia, Lithuania, the Netherlands, Norway, Poland, the United Kingdom and the United States, as well as two non-alliance countries namely Finland and Sweden, participate in the drills.

BALTOPS will last up to June 16 and will be concluded in the German port city of Kiel.

The Kerfuffle In Qatar Could Turn Into Something Much Nastier

It started round about last weekend I guess, Saudi Arabia and its allies in the Arab world, chiefly the United Arab Emirates, Egypt, Kuwait and Oman suddenly broke of diplomatic relations with the tine but wealthy oil state on the coast of the Persian Gulf. Not only did they break off relations, they closed their posts and airspace to ships trading with Qatar and ships heading to and from its posts. The official reason was that Qatar supports terrorism.

This is really a case of the shit calling the camel smelly as there is no greater sponsor of terrorism than Saudi Arabia, with the exception perhaps of the USA. And The Muslim Brotherhood, those preserver of ancient arts like recreational beheading, honour killings, vaginal mutilation and stoning or flogging women who let a wisp of hair escape from their hijab, are very active in all those countries and when they controlled the government in Egypt a few years ago they implemented a policy of nailing Christians, Jews, atheists and people who were the wrong sort of Muslims to the poles that carry power and telephone lines so that they could work on their tans.

There has been much speculation about the real cause of this ganging up on Qatar, mostly it centres on that country's shift from supporting the idea of a pipeline through Syria to the Mediterranean coast to one that would run through Jordan and Lebanon.

Moon of Alabama has a good analysis.

Many people believe that Qatar will soon give in to recent Saudi demands and threats. I first though so too but have changed my opinion. Qatar will likely hold out way longer than anyone assumes and fight more intensive and much longer than foreseen.

The Saudi "young leader" has now given Qatar 24 hours to submit to 10 demands. These include (unconfirmed) the dismantling of Al Jazeera, breaking off of all diplomatic relations with Iran and (the Israeli demand of) ending all support for the Muslim Brotherhood and especially Hamas. The Saudis threaten with a military invasion.

But Qatar is not like Bahrain where 1,000 Saudi troops could easily take over to save a dictator from a mostly unarmed uprising of its people. It has way more resources and capable allies on its side and recent news shows that it knows how to use them.

Two days ago we extensively described the complex conflict between Qatar and some of its neighbors that has recently been escalating. Saudi Arabia and the United Arab Emirates are the main forces on one side, joined yesterday by Donald Trump but not by the Pentagon. On the other side is Qatar, geographically isolated and seemingly without any real allies even though it hosts a very large U.S. command center and air-base.

The conflict has been simmering for years. Qatar has a strong media arm with Al Jazeera TV and other prominent news outlets. Qatar and its media support the political Islam of the Muslim Brotherhood which won elections in Egypt before being kicked out in a Saudi financed military coup. The ruling Turkish AK Party is a Muslim Brotherhood branch as is Hamas in Palestine. Muslim Brotherhood parties have thereby proven that it's possible to have an Islam(ist) aligned government without a hereditary dictatorship. Their pure existence de-legitimates the al-Saud clan and other dictatorial family enterprises in the wider Middle East.

There is little reason to waste tears on Qatar. It is a small country with only 200,000 original inhabitants but with 2,000,000 expatriates living there too. Thanks to its large natural gas reserves Qatar is ultra rich and has a very modern (but also vulnerable) infrastructure. The country is way more liberal than Saudi Arabia. Its cities are somewhat cosmopolitan.

Unlike in Saudi Arabia women are allowed to drive and other religions than Islam can build their places of worship. But the rulers of Qatar officially follow the same ultraconservative and proselytizing Wahhabi cult as the al-Sauds. They support terrorists of the worst kind in the war against the Syrian people and elsewhere (just as the al-Sauds do).

So you thought people who wear tinfoil hats are crazy conspiracy theorists? Not so fast there, some of them might actually be onto something.While these people are not tinfoil hat wearers either literally or in a metaphorical sense, the measures they take to avoid exposure to electromagnetic radiation (radio - activity) can seem rather paranoid until you know more about them.

We Know What Inspired The Manchester Attack, We Just Won't Admit It
In the wake of the Manchester arena bombing, politicians, public servants and the media warned against blaming the Muslim community. I had to defriend someone on Facebook [... ] My blogged response to the Manchester Arena bombing was that we should get angry, not at Muslims in general, but at the politicians, and law enforcement officers who time and again have failed to act against suspected (and sometimes known,) terrorists ...

What’s Really Happening With Saudi Arabia and Qatar Will Not Be Televised
Egypt, the UAE, Bahrain, Yemen, Libya, and the Maldives — spearheaded by Saudi Arabia — have severed almost all of their ties with Qatar. The move comes just days after hacked emails from the Hotmail account of a wealthy, prominent UAE ambassador, Yousef Al-Otaiba, showed that a number of countries were conspiring to denigrate relations with Qatar (and Iran).

soon after the suicide bomb at The Manchester Arena, I felt obliged to defriend someone on facebook, whom I have known online for around ten years. So what did this sweet lady, who writes books on medieval witchcraft and calls herself a pagan, do to piss me off? She showed herself to be a hypocrite by posting a whinge about people reacting with anger and 'hate' to this latest atrocity; "I'm all about compassion, I will not stand by and see Muslims victimised because of this." Oh yeah? And what about the dead and injured victimised by a muslim extremist?

Saudi Arabia Launches Chemical Attack on Sana’a, Killing Civilians
Remember when the Assad regime in Syria was accused by Obama and his Sunni extremist friends of having launched a gas attact against “morderate” head amputators and human organ noshers. Remember the screeces of horror and outrage from ‘liberals’ in mainsteam media, the wailing and gnashing of teeth about what an utter monster Assad is? …

Did Saudi Arabia Just Announce Its Intention To Invade Iraq And Syria?
It finally seems to be dawning on the idiots in Washington, London, Paris, Brussels, the United Nations and throughout the world’s mainstream media, that the west’s middle eastern ally is the biggest sponsor of terror and extremism in the world. Take a bow Saudi Arabia and enjoy your fifteen minutes before Russia and China obliterate

British Lawmakers Demand Inquiry Into Saudi / US War Crime In Yemen
Houthi rebels in the wreckage of a house in which Houthi leader Yahya Aiydh lived, after Saudi-led air strikes destroyed it in Yemen’s capital Sanaa . © Khaled Abdullah / Reuters 13 Jan, 2017 Members of the British Parliament from both sides of the house have …

Humanitarian Crisis Unfolds in Yemen, As US-EU-NATO backed Saudi war destoys another nation
With the attention of the word fixed on the totally misrepresented humanitarian crisis surrounding the evacuation of Aleppo in Syria (it is Obama’s beloved moderate rebels who are attacking convoys of refugees, why would Assad’s troops attack their own convoys FFS), another humanitarian crisis has been building in Yemen. In a small nation crippled by …

Only 5 Percent Of Russian Air Strikes Hitting Islamic, British Defence Secretary Lies
After an amazing outburst from the delusional Barack Obama left the United Nations General Assembly in stunned silence because Obama has accused Russia and China of all the recent breaches of international law of which the USA is demonstably guilty, the propaganda departments of western governments seem to have totally lost their grip on reality.
Have US tactics only helped to make ISIS more powerful
We have questioned the US led efforts to defeat ISIS in the middle east many times, pointing out that every time the western alliance steps up opposition to the establishment of a news Islamic Caliphate, Islamic State seem to get stronger. 'Conspiracy Theorists', our critics yell. So let's look at opinion from around the world that concurs with ours.
Influential Germans Appeal Against Another War In Europe
While the mainstream media has been obsessing about the collapse in oil prices and celebrating the problems of Vladimir Putin's regime in Russia, and fanciful economic pundits have been burbling about all time high stock markets a group of prominent Germans are less concerned about mainstream sensationalism than by something that poses a much bigger threat to the immediate future of Europe: the threat of the Obama administration pushing us into a war with Russia.
Where Are Grandstanding FUKUS Axis Leaders As Libya Descends Into Oblivion
Remembering a time not so long ago when Libya was being held up by the French, UK and US governments as a striking example of benign and successful military 'humanitarian' intervention? The tyrant Gaddafi had been overthrown by a FUKUS Axis bombing campaign in support of a bloody revolution fought by Islamic Fundamentalists, Tribal Warlords and Common gangsters armed with American, British and French weapons paid for by western taxpayers.
Obama and FUKUS Axis Air Strikes On ISIS Will Make Things Worse
The bombing of ISIS, the Islamic State is well under way in Iraq and Syria, and as predicted the American, British and French led campaign is already making things worse for civilians among whom the ISIS fighters are dispersed. And of course, far from making the west safer, it is stirring up more hatred against us in the Islamic world.