In a letter from Ms. Oh Beigong (!) of Taipei to the big bosses of the US military and naval forces, it was forcefully pointed out that the USA is playing a dangerous game in the South China Sea by repeatedly provoking a Chinses reaction to violations of protocol in overflying Chinese air space and having its warships enter Chinese waters. The letter, published in Malaya, also states the US government has wrongly fabricated accusations against China. It is not known whether the letter was actually sent or us just a stunt to warn US allies in the region against being drawn into Washington's geopolitical games.

The letter was addressed to Admiral Harry B. Harris, Commander of the United States Pacific Command, and copied to his bosses, US Secretary of the Navy Ray Mabus and US Secretary of Defense Ashton Carter, as well as Japanese Prime Minister Shinzo Abe. It was published by Leslie Fong, former editor at the Straits Times, who said that Ms. Oh Beigong (Oh be gone?) found its way to his inbox. Some fragments of her letter are presented below.

I write to congratulate you for standing up for mariners the world over to assert the right to freedom of navigation in international waters. You showed much daring when on May 10, you sent the USS William P. Lawrence, an Arleigh Burke class missile destroyer, to within 12 nautical miles of Fiery Cross Reef, over which Beijing has long claimed sovereignty and which it has occupied for years,” online publication reported Ms. Oh as saying. Fiery Cross Reef is also claimed by the Philippines, Taiwan and Vietnam.

“Let me get serious. The US is playing with fire by repeatedly poking China in the eye. We in this region are going to be the collateral damage if this spins out of control. And why should we pay the price when the US does not really have right on its side? As a thinking man, did you not feel discomfort deep inside you when the US kept singling out the Chinese as the bad guys in the maritime disputes?” China Daily reported.

“You must know better than most on this planet that the US has not been able to cite one instance when China actually denied anyone the freedom of navigation or point to any statement by Beijing threatening that right.”

She also wrote that it takes neither courage nor brains to dispatch a destroyer or launch an air strike, as the commanding officers are only carrying out the orders of their political masters. She thinks however, that the admiral needs more credit for risking the lives of his sailors as he couldn't know for sure that the Chinese would steer clear of the US destroyer.

Ms. Oh further mentioned how, in the 80’s, Soviet frigates "bumped" American naval craft in the Black Sea because the US ships were intruding into waters which Russia considered its own. Lately, Chinese commentators have been publicly talking about imitating the Soviets.

The letter warned that the US is really pushing its luck and playing with fire.

She drew attention to the expansionism that the US has been involved in for years and how it is the US that has 11 carrier battle groups circling the globe, each with enough firepower to send four-fifths of the world’s countries “back to Stone Age.”

“You will say, no doubt, that the Chinese are going to militarize the airstrips and other facilities to project force, thus threatening all the countries in the region. Er, coming from a senior naval officer of a country that operates some 800 bases or military facilities in more than 60 countries around the world, several of them virtually at China's doorstep, that, sir, is a bit rich!”

She then cleverly pointed out that the US is not in the habit of admitting that it is or can be wrong. She brings up several examples of instances when the US refused to take the blame for its actions. This leads one to think Ms Oh Begong is perhaps not what she presents herself as, but might be a front for a political organisation. She says:

“Bottom line? Might is right. The US is out to stymie the rise of China and prevent it from challenging American dominance, if not hegemony. We get that. So do us a favor, please stop talking about high principles and international law.”

Good grief, the girl seems to have acquired her understanding of global politics from reading this blog.

She concludes by advising Admiral Harry B. Harris what he could personally do in order to regain at least a little bit respect from clear-sighted people who cannot be fooled. The letter is clearly aimed at Barack Obama, John Kerry, and Pentagon chiefs of staff. Who could really be behind it? Obviously the Chinese government but more likely in our view, representatives of smaller states in south east Asia whose governments fear the consequenses for their people should conflict flare up between two superpowers.


RELATED POSTS:
Russia Loses Patience In Syria, Unleashes Hell On ISIS
Germany Hopes To Ease Anti-Russia Sanctions 'to Rescue EU Unity'
One Day Czechs Will 'Wake Up To Find That US Troops Are Here to Stay'
US Missile Shield; Loved Up Obama And Cameron Laugh As Putin Warns Poland, Romania Now In The "Cross Hairs"
Irony Overload: Iran Warns Obama Not To Cross Red Lines
America Today: How Empires Die
China and Russia Challenge US Dominated IMF
Russia Sends Growler Missile System To Syria and China Unveils Hypersonic Strike Aircraft
First China, Now Russia: US Navy Chief Debates European Escalation Amid "Fears For The Global System"
2015 Will Be The Story Of China, Russia, Iran and The Petrodollar
Why It Really All Comes Down To The Death Of The Petrodollar
As Russia, China and Iran line up behind Assad, has the USA (and its proxies) lost the middle east war? 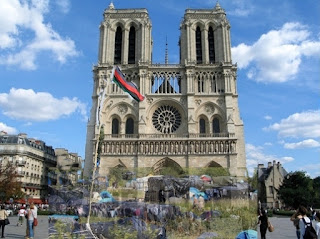 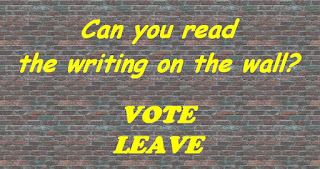