Two Fatal Stabbings and a Grenade Attack in 14 Hours 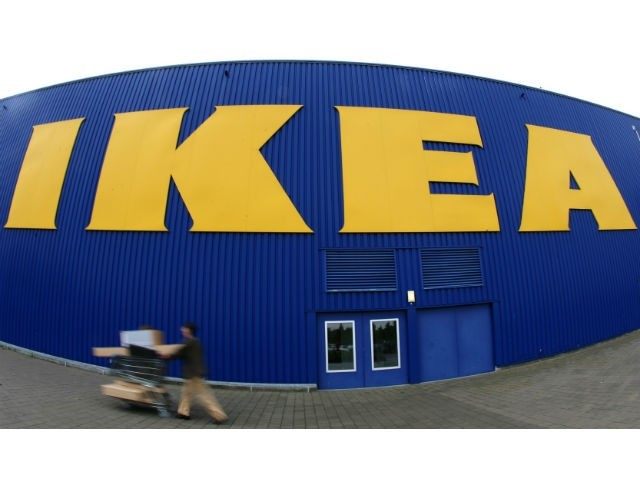 Liberal, politically correct, multi-culti human rights powerhouse Sweden has been rocked last weekend (7-10 August 2015) by yet another wave of violence including grenade attacks, now par for the course in in Malmö on weekends, and a double murder in an IKEA store just outside Stockholm.

Police were called to the Västerås warehouse of furniture giant IKEA around lunch on Sundayt after three people were stabbed, apparently without motive. Speaking to local media, store manager Mattias Johansson said the victims had just seemed like “ordinary visitors”.

Two of the victims died after the attack and the third is critically injured and requiring intensive care. So far only one suspect has been arrested in connection with the murders.

Hours earlier, trouble flared Malmö, a small, well ordered city a few years ago but now a contender for the title of Europe's drugs, prostitution, or ganised crime and extreme violence capital. The first city most of Sweden’s immigrants arrive at after crossing the famous Øresund bridge, the city is is plagued by gang wars, extreme violence by immigrants on Swedes and other ethnic groups, and huge increase in rape, mostly committed by migrants on Swedish women. Local police have in effect admitted defeat and regard migrant ghettoes as no go areas, outside the jurisdiction of Swedish law. Yet another grenade, presumably like the others following the human trafficking route through Europe to be smuggled into the nation over the bridge, exploded last night around eleven o’clock.

Remarkably there were no injuries even though as TheLocal.se reports the devive went off near one of the city's largest bus stations and on a usually busy street. Building was damaged and 30 windows broken.

This latest attack is just one of dozens of grenades exploded in the city this year, which Sweden army bomb disposal troops redeployed to the city from their old postings in the Middle East as being little different from their last. One soldier said “It is strange to be doing almost the same in Malmo that I was doing in Iraq”.

Immigrants who a have also conceded the sam rrived in Sweden many years ago, before the fuckwits of the left wing elite decided they could buy their way into marxist heaven by handing over their beautiful and civilised country to new immigrants from the world's most racist, tribalist and violent cultures. Many older immigrants have remarked in the media that Sweden has become so violent it is now as bad in the ghettoes as Syria, Iraq, Libya or Somalia, where they had come from.


Lenny Henry says diversity isn't 'another black person in Coronation Street'. We Say One Lenny Henry On Television Is One Too Many
The 53-year-old black supremacist, race hustler and comedian (allegely) is a leading figure in the BAME (Boring Ancient Mediocre Eejit) campaign calling for more Black, Asian, Minority Ethnic people to be involved in the media sector. In a recent interview the actor said diversity was not as simple as "another black or Asian person in Coronation Street or EastEnders, it’s about hearing different perspectives on life"

Halal In Harrow As Immigrants Take Over School Dinner Menu

Immigration - The Elephant In The Room

Labour knew immigration was out of control seven years ago, Ed Miliband admits