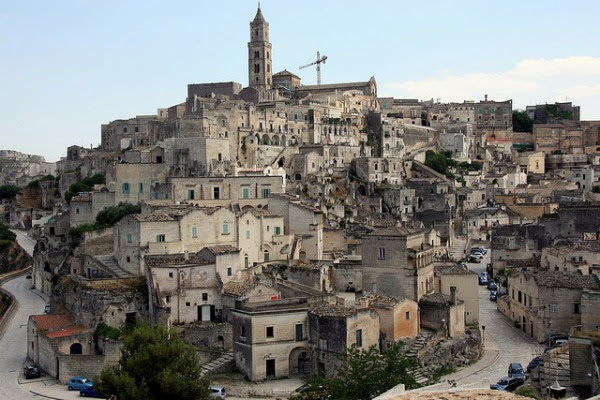 Southern Italy; beautiful but economically backward.
More than one a of Italians - including many in the insular and deeply conservative south - will consider voting for the anti-EU, anti-immigration Northern League, a poll showed on Sunday (21 December, 2014). The rapid rise of Lega Nord in Italian politics mirrors the success of other parties such as UKIP in the UK, Frances Front National, Denmark's danish peoples' Party, The Sweden Democrats and Germany's AFD. Elsewhere long established right and wing nationalist parties are enjoying a resurgence as anti E U, anti - globalisation feeling grows.

Matteo Salvini, the youthful leader of the former regional party of Northern Italy, confirmed his status as the rising star of Italian politics with approval ratings of 35 percent in a Demos & Pi poll published by La Repubblica newspaper - up five per cent on November. Salvini, 41, who launched a bid to extend his party's appeal to the poorer south of the country earlier in the month, came second in the poll to Prime Minister Matteo Renzi, 39, who it said has the confidence of exactly half of Italians.

Slavini's rise is often compared with that of France's Front National, the leader of which, Marine Le Pen has been successful in guiding the FN closer to the mainstream in a bid for power. Salvini has a more difficult task overcome Italy's much wider regional divisions however. His party was founded in response to demands that the wealthier north, which he calls "Padania", be allowed to break away and become an independent state outside the EU.

(A regular critic of my anti - EU stance commented recently that when he visits Europe 'everybody' feels Britain would be foolish to try to leave and no other country has a significant political force in favour of quitting. This person loves to talk about the fact that he 'works in a university', so it is entirely understandable that he is totally out of touch with reality. Only the politicians, public servants and others who eat our taxes claim there is no support for breaking up the EU because they are scared that if one nation leaves the whole gravy train on which they ride will be derailed.)

The Lega Nord has traditionally held the portion of Italy south of Tuscany in contempt. Polls now seem to indicate the political centre of gravity shifting south on the back of Salvini's popularity. In fact, 19 percent of voters in the centre of the country said they would vote for it - one per cent higher than in its northern heartlands - with seven percent of southerners saying they would support it.

Italy has seen an unprecedented surge of immigrants this year, with more than 150,000 rescued from rickety boats attempting to reach its southern shores from north Africa. The burden of treating so many illegal immigrants humanely and payng them benefits according to E U rules is crippling Italy's already weak economy and fuelling both anti - immigration and anti - E U feeling.

RELATED POSTS:
As Italy's poor struggle to come t o terms with a lack of job prospects and the challenges of a globalized world, some are blaming asylum-seekers. German Police See Rise In Far Right Extremism