2015 Will Be The Story Of China, Russia, Iran and The Petrodollar 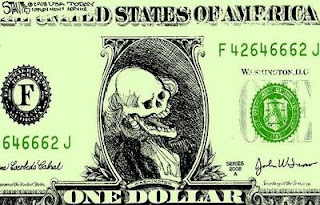 If recent events are anything to go by, 2015 is set to be another year of 'interesting times' as China, Russia and Iran square up against the American bid for global hegemony and continue their efforts to see the US dollar dumped as the global reserve currency and the oil trading system known as The Petrodollar replaced by bilateral trades being settled in the currency of the vendor nation.

We don't know how this will turn out yet of course, but given the fragility of the US economy which is dependent on borrowing and already overburdened with debt (as we reported previously) the USA is not in such a commanding position as its leaders like to imagine. And given that Washington has pent the past twenty years progressively pissing off its natural allies, when push comes to shove that position may not actually be commanding at all.

As the BRICS, Russia, Brazil, India, China and South Africa form closer economic bonds and given that Iran is a long time ally of both Moscow and Beijing, there will undoubtedly be further moves towards the economic integration of Eurasia as the USA is increasingly isolated economically. This may not be apparent from anything you read of hear in Western Media, but while Europe's political union, the EU, remains committed to NATO and the USA, the swing towards anti European start up political movements across the member states and the scepticism shown by business leaders to the Obama administration's flagship trade treaties TTIP and TPP The complex geostrategic manoeuvres progressively undermining the hegemony of the US dollar as a reserve currency and, most of all, the petrodollar will continue, in fact the move to abandon The Petrodollar is likely to accelerate.

China faces immense challenges, but Beijing watchers report these are being approached with self-confidence of fully emerged economic superpower. President Xi Jinping and the his regime will keep investing heavily in the urbanization drive and the fight against corruption that exist from the highest levels of the Chinese Communist Party (CCP)to the lowliest local official. Internationally, the Chinese will step up their push for new overland and maritime 'Silk Roads' which will underpin the long-term Chinese strategy of unifying Eurasia with trade and commerce.

Global oil prices are likely to stay low as Obama, a man who does not learn from mistakes, continues to flood the market with oil from America's vast shale deposits in spite of oil companies being unable to sell the product at a profit in the current market conditions. Saudi Arabia and the OPEC counties will continue to ignore American demands for them to cut production. It is typical of Obama and the race obsessed amateurs he has packed his administration with that, intent on punishing Russia for protecting its own interests in Syria and Ukraine, they are inflicting more harm on their allies and their own people.

A nuclear deal between Iran and the P5+1 nuclear powers looks unlikely. If sanctions (actually economic war) against Iran continue to seriously hurt its economy, Tehran’s reaction will be to look for even more integration with Asia, not the West.

Washington is well-aware that a comprehensive deal with Iran cannot be reached without Russia’s help and yet The Rent Boy President continues to provoke Russian anger. A return to the “Bomb Iran” hysteria of the past would only suit the usual suspects who would profit from war. It is insane then that both Iran and Russia are now subject to US led Western sanctions. No matter how it was engineered, the fact that stands is that the current financial/strategic oil price collapse is a direct attack against (who else?) Iran and Russia and those nations are not going to sit back and absorb the pain forever.

May you live in Interesting Times

RELATED POSTS: Front National Leader Marine Le Pen Calls for Death Penalty After Paris Attack Biggest U Turn In The History Of Left Wing Hypocrisy? Charlie Hebdo: Defender Of The Lack Of Faith
Posted by Boggart Blogger at 9:28 AM No comments: