Since the disappearance of four year old Madeline McCann, the daughter of a British couple on holiday in Portugal in 2007 many people have believed the little girl was kidnapped and sold to Arab human traffickers / slave traders. Such people have been dismissed as conspiracy theorists. Though there is absolutely no evidence to support another theory that the girl's parents were somehow involved in her disappearance, they have deservedly been excoriated for leaving three very young children sleeping in an unsecured apartment as they sat eating and drinking with friends fifty yards away. 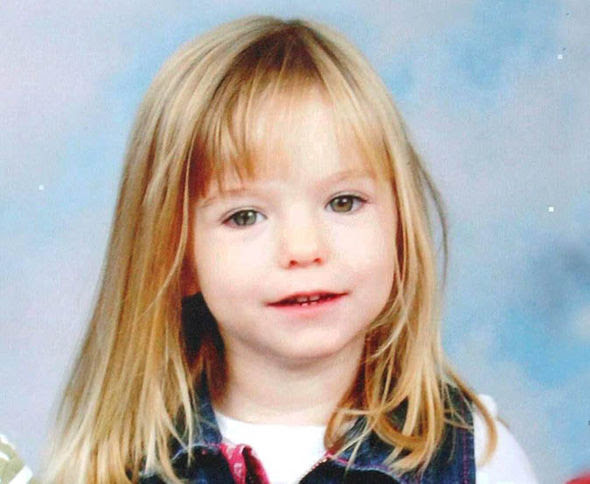 Madrline McCann, disappeared without trace in 2007, image source: Express
While this blog holds the view that it is now unlikely the world will ever know what happened to Madeline we do not subscribe to any of the theories. The re - emergence of a slave trade across the Mediterranean since 2000 however, does make kidnap theories more feasible, especially when those profiting from the trade have connections powerful enough to make evidence and witnesses disappear.

And we should not forget that Saudi Arabia, where public executions by stoning and beheading are still common, where a wife or daughter who disobeyes her husband or father and where it is socially acceptable to keep slaves (just don't tell agents of western governments,) is part of a different world to the one we citizens of liberal democracies inhabit.

“Executions in Saudi Arabia are prescribed for murder, rape, drug smuggling and homosexuality, and carried out in public outside a mosque after prayers on Fridays.” If the Saud family abided by its own laws there would be many Saudi princes who would meet the fate of beheading. Hypocrisy is rampant in Saudi Arabia.”

Human slavery, in various guises, continues to be widespread in Saudi society even today. Saudi Arabia was among the last nations on earth to outlaw slavery in 1962, and only did so under pressure from United Nations,. However, only 10,000 slaves were freed in 1962 and remaining large number was kept captive. In 1965 the Saudis were reported to have kept hundreds of slaves for each member of the Royal family. (House of Saud family tree - image)

With respect to human trafficking, Saudi Arabia was designated, together with Qatar, United Arab Emirates, Kuwait, and some other countries as a Tier 3 country by the US State Department in its 2005 ‘Trafficking in Persons Report’ required by the Victims of Trafficking and Violence Protection Act of 2000. Tier 3 countries are “countries whose governments do not fully comply with the maximum standards and are not making significant efforts to do so.” In 2006, 2007 and 2008 Reports, the US State Department continues to designate Saudi Arabia as a Tier 3 country.

Organised crime networks in Africa and Arabia are deeply involved in the flood of illegal immigrants into Europe since 2011, which has caused political instability in several EU member states, was a large factor in the United Kingdom voting to leave the Union and now threatens to bring down the government of Angela Merkel in Germany.

In her semi - autobiograpical book Surreal in Saudi, former nurse at King Faisal hospital and Research Center, in Riyadh,, Mary Doreen writes:“In actuality, young women from Third World countries are purchased to serve in aristocratic households throughout the Kingdom of Saudi Arabia. They come from the Sudan, Thailand, Ethiopia, India, Philippines, and many other countries and are frequently bought and sold in the Kingdom“.

Saudi Arabia’s involvement in an international slave trade has long been known by American and European governments but politicians and all but a few media commentators are afraid to expose the many crimes against humanity committed in the theorcratic monarchy for fear they will be destroyed professionally or will cause friction between their government and the oil rich nation, which could have economic repercussions. One whistleblower, after retirement has revealed on condition of anonymity the widespread knowledge within the State Department of Saudi child trafficking.

It is an open secret in Washington that the State Department has been highly sensitive to criticism of its actions regarding Saud Arabia and its princes (particularly in relation to the alleged involvement of the Saudi Royal family in the terror attacks of 11 September, 2001. There has been an unusual amount of personnel turnover at the Saudi Arabian desk of the US State Department where officials showing the slightest tendency towards ethics and morality are either transferred or terminated to make an example to others. Similar things have happened in the British Foreign Office?

There are things going on in Saudi Arabia which are so embarrassing to Western governments which the citizenry must remain in ignorance of, otherwise their worst fears about Islamic extremism would be corroborated.

I didn’t write this myself but I though it important enough to be speard around – and I have posted a lot on transhumanism and the psychotic insanity of modern scientists recently. You may be surprised to find such an article on a site names farm wars, but farmers know that the intensive cultivation techniques …

Google’s Eric Schmidt Greases Skids For Internet Brain Chip Google CEO Eric Schmidt greased the skids for an Internet brain chip during a speech at the World Economic Forum in Davos, Switzerland earlier today when he predicted the end of the world wide web as an external concept. Asked how he saw the Internet developing in future years, Schmidt responded, “There will be so many IP addresses…so many devices, sensors, things that you are wearing, things that you are interacting with that you won’t even sense it.”


Could 'DNA editing' lead to designer babies?
Designer babies, human / animal hybrids, these things have been in wet dream territory for scientists for a long time. But now due to techniques such as DNA editing, they are getting worryingly close to reality. And as has been demonstrated many times, scientists have zero uderstanding of where the ethical boundaries lie.

For those who live in fear, everything is a threat link A company has developed glasses that will give users not only an interactive, virtual 3-D display, but also the ability to spot individual faces among a crowd of people, something the company says will aid police in predicting and thwarting ?future? crimes.

Transhumanism: With A Chip Under Your Skin …

With a computer chip under your skin you can see through walls, do anything, you can fly around, tunnel underground you can leap tall buildings in a single bound OK, I know it needs some work but the technobabble about the benefits of transhumanism is getting so loud and persistent, people need a wake up …


Another Pompous, Arrogant Bigot Slags Off Homeopathy. What Do They Hope To Gain

The argument about homeopathy is raging again. An article in a leading newspapers says oponents of homeopathic medicine must never tire of explaining that it doesn't work. But when these science fanboys come up against an articulate defender of homeopathy, they rapidly descent to trying to shout down any opinion that differs from theirs

Will Humans Become Redundant In Your Lifetime

Submitted by Paul Rosenberg via FreemansPerspective.com, It’s really just a matter of time; the working man’s deal with his overseers is half dead already. But there’s still inertia in the system, and even the losers are keeping the faith. Hope dies slowly, after all. Nonetheless, the deal is collapsing and a new wave of robots …

The scientists have been wrong about robots with better-than-human intellgence before of course but this time they are sure they have it right (just as sure as they were all the other times when they got it hopelessly wrong). Not long after the first modern computers evolved from bead boards via medieval water clocks in …


Scientists Debate Robot’s Rights
We’ve been telling you for ever that scientists are insane, totally detached from reality and hellbent on destroying humanity and the planet that supports us simply because we will not give them all the money in the world to buy new toys. Just before we get into the latest scientific madness, ask yourself what kind …