The End Of The Electric Car Owners Nightmare? 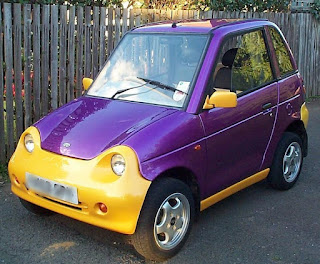 Saw this short article in an online comment thread, the person who posted it acknowledged it was not original but did not provide a source reference. So apologies and a big thumbs up to the originated, whoever you are, you have given us a much needed belly laugh.

Not sure what to do?

Well JML have the answer!

The new JML GRETA (Gasoline Recharging Electrical Travel Accessory) is out now! An almost silent petrol driven generator, it's the answer to every EV owner's prayers.

Fitted in either a roof box or a small trailer, the new JML GRETA is simply connected with a short cable to your EV's charging socket and runs during your journey to constantly recharge your battery.

No more worrying if you're going to get there. With the new GRETA from JML, you KNOW you will.

Your GRETA can be refuelled at any petrol station, so you'll be on your way again in minutes. No more hanging around for hours waiting for the wind to blow to run the charging point.

Options include the basic pull start GRETA at just £349.99 or the electric start GRETA-E at £399.99, this is the future of Electric Motoring, new from JML.