Ireland to Jail ‘Hate Speech’ Offenders for Up to Five Years, But New Laws Are Arousing A Lot Of Hate 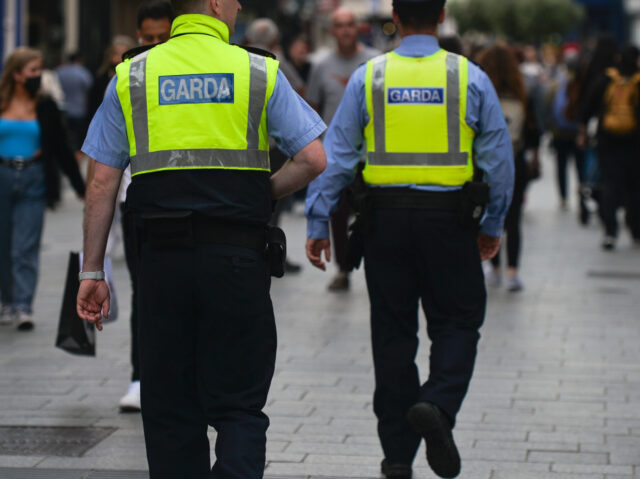 Always eager to be at the forefront of any fascitic EU campaign against freedom an civilised values, the government of Ireland published new 'Hate Speeech' legislation on Thursday (27 October). Under the new laws any individual found guilty of using “hate speech” in Ireland will face up to five years in jail. The country’s Justice Minister, Helen McEntee, has been at the centre of the country’s push towards implementing the effective abolition of free speech under the guise of protecting vulnerable minorities from “hate speech”, with her department announcing that the first draft of the new laws would soon be put in front of the nation's parliament.

Under the proposed law, people found guilty of “any intentional or reckless communication or behaviour that is likely to incite violence or hatred against a person or persons because they are associated with a protected characteristic” could be sentenced to a maximum of five years jail time.

What’s more, and here's the bit that would really make Hitler or Mussolini's thugs proud, any individual convicted of such an offence would be branded a “hate criminal”, a label which the minister says is designed to “follow an offender in court, in garda vetting, and so on”.

“[H]ate speech is not about free speech,” McEntee declared in a statement published by her department. “Hate speech is designed to shut people down, to shut them up, to make them afraid to say who they are and to exclude and isolate them,” she continued. “There is nothing free about that, and there is, frankly, no place for it in our society.”

No, hate speech is about stupid, virtue signalling politicians giving nasty, restentful little shits the ability to destroy somebody's life. Hate Speech, you see, has not and cannot have and solid legal definition. Hate speech is defined by the hearer's interpretation of remarks heard or overheard. Thus a completely innocuous comment made in a private conversation but overheard by some hateful little shit, can destroy somebody's life, even if the offending comment is an undeniable truth, for example saying that somebody born with a penis is a man and cannot ever become a woman.

So a jilted lover, a thwarted business rival, someone whose childish playground insults have festered since schooldays can be targeted and accused of hate speech simply as an act of revenge. Human nature being what it is, how could anything possibly go wrong?

The announcement that the Irish government — already deeply unpopular due to its inept and chaotic response to the COVID pandemic, followed by similar mishandling of the ongoing cost of living, energy,housing, and migrant crises — now aims to implement hate speech legislation posssibly by the end of this year has angered many, who have accused the ruling coalition of trying to silence critics. When somebody can be jailed for saying, "The Prime Minister is a useless, authoritarian clown," what is that other than the suppression of free speech. And the suppression of free speech, along with control of the media (already accomplished,) is always the first act of a fascist regime.

A representative from Free Speech Ireland told reporters that the Irish public was broadly opposed to the implementation of such legislation, and that the move would almost certainly strain police resources in the country. This blog is certain it will also poison police / public relations.

“No one in Ireland asked for these laws except for elite NGOs,” the spokesman said, adding that the new laws would almost certainly restrict freedom of speech in the country.

An Interesting Perspective From Across The Pond On The Scottish Referendum Result
The almost inevitable accusations of fraud and vote rigging are beginning to emerge in the wake of the Scottish independence referendum. Surprisingly the likely culprit most fingers are pointing at is not the SNP, leaders of the YES campaign or the Westminster government which wanted to avoid the embarrassment of a no, but the Euronazis in Brussels whose plans for a single European nation would have suffered from a YES vote.

Beyond Reasonable Doubt - Governments Conceal Truth From The Public
There are far too many people around the blogosphere who are eager to tell anyone thick enough to listen that The Government is our best friend and anyone who does not believe the shite turned out by propaganda departments is a crazy conspiracy theorist. We have to get rid of them if we are serious about ...

Conspiracy Theorist me? OK Smartarse, So You Don't Believe Conspiracy Theories? Read This .....
I have a theory, not a conspiracy theory but about those who yell conspiracy theorist whenever government propaganda is challenged. I think these people are profoundly insecure and so afraid of the idea that we are on our own in this big bad world, they have to convince themselves the government is their bestest friend and will protect them whatever happens. Sad really ...