Saddam Hussein’s CIA Interrogator: He Tried to Warn Us, but We Didn’t Listen

by Alice Salles for The Anti Media


After coalition forces captured Saddam Hussein in December 2003, John Nixon, a senior leadership analyst with the Central Intelligence Agency (CIA) from 1998 to 2011, interrogated the former Iraqi dictator. The detailed account of this interrogation is now available to the public in the form of a book, Debriefing the President: The Interrogation of Saddam Hussein.

In the publication, Nixon explains that Hussein was out of touch with the military reality of his own country in his final years. “When I interrogated Saddam,” Nixon told Time magazine, “he told me: ‘You are going to fail. You are going to find that it is not so easy to govern Iraq.’”

As Nixon pressed Saddam to explain why, the captured dictator said Americans would soon learn they “are going to fail in Iraq because [Americans] do not know the language, the history, and [they] do not understand the Arab mind.” To the former CIA agent, Saddam’s warning had a point.

In order to “maintain Iraq’s multi-ethnic state,” Nixon told reporters, the presence of a strongman like Saddam in Iraq was necessary. He added:

“Saddam’s leadership style and penchant for brutality were among the many faults of his regime, but he could be ruthlessly decisive when he felt his power base was threatened, and it is far from certain that his regime would have been overthrown by a movement of popular discontent.”

Reflecting on what he learned, Nixon told Time it was unlikely that “a group like ISIS would have been able to enjoy the kind of success under his repressive regime that they have had under the Shia-led Baghdad government.” He made the case against the U.S. invasion of Iraq, which led to Saddam’s ultimate fall.

According to Nixon, Saddam added that before his ascension to power, “there was only bickering and arguing [in Iraq]. I ended all that and made people agree!‘” Nixon eventually found he had developed “a grudging respect for how [Saddam] was able to maintain the Iraqi nation as a whole for as long as he did,” despite the CIA officer’s lack of sympathy for the fallen dictator.

To Nixon, Saddam Hussein was certainly a brutal dictator, but he wasn’t “on a mission to blow up the world, as George W. Bush’s administration had claimed to justify the invasion.”

While many may argue Nixon’s explanation is rather “simplistic,” it undoubtedly reveals that there’s much more to the stories of how the U.S. government justifies invasions and military involvement abroad than meets the eye. In the specific case of Iraq, anti-intervention activists have been on record for years saying the invasion created a power vacuum, making the rise of ISIS more likely to occur.

As countless Iraq war enablers and supporters in the United States continue to defend their actions and claim Saddam had the will and the means to threaten the world, how this war came to be reality is still often ignored. As the former CIA agent Nixon publishes Debriefing the President: The Interrogation of Saddam Hussein, Americans are witnessing a fight between competing narratives as they shape the news the country consumes. These narratives could even impact our foreign and domestic policies. And even now, as we hear yet another account of an insider claiming the U.S. invasion of Iraq was unjustified and damaging, it’s incredible to see much of the media still ignoring what non-interventionists have been saying all along.

This article (Saddam Hussein’s CIA Interrogator: He Tried to Warn Us, but We Didn’t Listen) is free and open source. You have permission to republish this article under a Creative Commons license with attribution to Alice Salles and theAntiMedia.org. Anti-Media Radio airs weeknights at 11 pm Eastern/8 pm Pacific. If you spot a typo, please email the error and name of the article to edits@theantimedia.org. 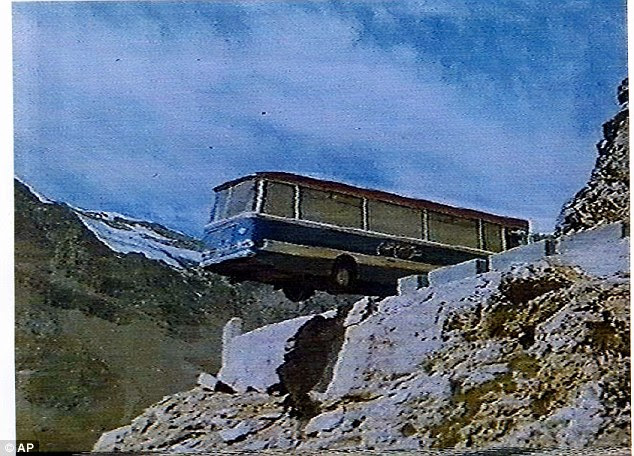 On Monday night, Italy’s finance minister Pier Carlo Padoan confirmed Italy is preparing a €20bn rescue fund for MPS and other weak lenders as the chances of a successful €5bn private recapitalisation of the Siena-based bank recede.

By the evening of Thursday at the latest, it should be clear whether MPS, which was founded in 1472, will have been rescued by the private sector via a €4.5bn debt-for-equity swap and funds from anchor investors including the Qatar Investment Authority. As of Monday only €200m had been committed to the swap, suggesting the chances of pulling off the rescue are slim, said people close to the deal.

MPS’s debt-for-equity swap will close at 2pm Italian time on Wednesday. If it goes badly MPS could already ask the government to step in, said one Italian official.

According to an Italian official only about €2bn of the €20bn will be used for liquidity guarantees, and the rest for recapitalisations and for compensating some retail bondholders. Other banks will be rescued on a case-by-case basis over the coming months now that Italy has a precedent with which to defend against EU bullying. The €20bn rescue fund will abide by EU rules on so-called burden-sharing, which force losses on junior bondholders (small investors, in other words the neo - Fascist EU is protecting the big players again. Benito Mussolini would have been proud.

Italy’s banks currently have one of the highest toxic debt ratios in Europe at 16.4 per cent of total credit outstanding, more than three times the European average of 5.4 per cent, according to Moody’s.

The nationalization, of Italy's three largest banks seems imminent following a Reuters report that the ongoing, JP Morgan-led attempt to put together a private sector bailout of Monte Paschi had failed.

According to Reuters, Qatar's sovereign wealth fund, long considered as the most likely anchor investor with a €1 billion allocation in any rescue plan cash call, decided it is unwilling to invest in the Italian bank, meanwhile Monte Paschi has been unable to find a replacement investor willing to put money in its privately funded rescue plan, less than 24 hours before the offer ends.

As a result, the bank's share issue, which closes at 2 p.m. (1300 GMT) on Thursday, has drawn very little interest from investors.

The bank now needs to raise €5 billion by the end of this month to avert being wound up. The Italian government, which earlier today was given permission by the European Central Bank to issue €20 billion in public debt to use for bank bailout purposes, is expected to step in this week and nationalize the bank.

The approval came after the ECB first refused to extend the deadline for a €5bn recapitalisation of Monte Paschi before the end of the year and fears mounted the bank’s liquidity levels were becoming critical. MPS has lost €14bn, or 11 per cent of its total deposits, from January to September 2016 and warned its liquid reserves would fall under the required level should it suffer another €10bn of deposit outflows under a “stress” scenario calculated by the ECB. That news triggered another rush to withdraw deposits and sent the stock plunging to record lows, shortly before the government agreed that taxpayers would shoulder the burden of the insolvent bank's debts.

While economic confidence in the USA is at record levels following the election of Donald Trump, and in the UK, post Brexit, the economy is booming (the pound is still looking weak against the dollar because both have surged against other currencies, particularly the Euro) but elsewhere https://www.bloomberg.com/news/articles/2016-12-21/spanish-banks-lose-eu-case-over-mortgage-interest-repayments-iwyp8kih Bloomberg reports Spanish banking stocks falling after the European Court of Justice ruled that the May 2013 cut-off point for unfair home mortgage payment reimbursements is illegal.

Borrowers who paid too much interest on home loans pre-dating a May 2013 Spanish ruling on so-called mortgage floors are entitled to a refund from their banks, judges at the EU Court of Justice ruled in Luxembourg Wednesday. The court said that a proposed time limit on the refunds is illegal and customers shouldn’t be bound by such unfair terms. Banco Sabadell SA fell as much as 7.5 percent, while Banco Popular slipped as much as 10.5 percent, the largest decliner in Spain’s Ibex 35 benchmark.

"This comes as a surprise and in a bad moment for Spanish banks as most of them would have to make extra provisions to pay for this,” Daragh Quinn, an analyst at Keefe Bruyette & Woods, said by phone. "It will mean pressure on capital generation and profits in the fourth quarter."

The EU court case comes as Spanish banks are under pressure from low interest rates and weak demand for credit, affecting their traditional business of lending. With 521 billion euros, home loans are one of the largest parts of Spanish bank lending business as they grew their real estate exposure during a construction boom in the country that burst at the end of the last decade. Some banks are still making provisions for bad loans, which also adds pressure to profit.