Sweden's ruling elite (almost exclusively white north Europeans) are probably the most politically correct people in the world. It is Sweden, remember, where a leading politician last year announced that in the future ethnic Swedes would cease to exist and their country would belong to immigrants. Probably what he meant was that poor and middle income Swedes would cease to exist, while the elite, having plundered tax payers for a couple of hundred years, would eff off and live in idyllic locations in The Caribbean, the Indian Ocean or The South Pacific.

Taken to its extremes, the urge to cleanse a culture of elements that do not live up to the politically correct ideals and dogma currently in political vogue has unsettling echoes of Hitler's Gestapo, Stalin's KGB, Erich Honecker's Statsi or even the Taliban and ISIS. A credo of destroying everything that does not accord with their ideological certainties prevails. The desire "not to offend," taken to its logical conclusion, the abolition of the right of free speech, is a totalitarian impulse, which threatens to destroy everything that disagrees with its doctrines. Most importantly, who gets to decide what is offensive?

The question arises: How much purging and expiation will be needed to render a country's culture politically correct? Especially when the elite (emotionally needy attention seekers) are welcoming into the country people whose culture allows honour killings, rape, wife beating, stoning to death of 'impure women', throwing homosexuals off tall buildings and the beheading of adulteres.

"When we have days of carnivals and music the goal is that these days should be experienced as positive by everyone. The Swedish flag is not allowed as part of carnival dress. ... Positive and bright feelings must be in focus. ... School photos must obviously be free of national symbols." a Swedish school in Halmstad told its pupils. So music and dancing will be banned because they are unislamic, while recreational stonings and floggings will be de rigeur.

Rome covered up its classical nude statues for a visit from Iran's president, Hassan Rouhani, in January 2016. A decade ago, who would have even imagined such sycophancy?

In 1966, one of Sweden's most popular children's writers, Jan Lööf, published Grandpa is a Pirate, an illustrated children's book, which featured, among other characters, the wicked pirate Omar and the street peddler, Abdullah. The book has been a bestseller ever since, and has been translated into English (as My Grandpa is a Pirate), Spanish, French and other languages. Ten years ago, 100,000 copies of it were even distributed to the Swedish public with McDonald's Happy Meals, as part of an initiative to support reading among children.

Ah, but those were the days of yesteryear! Now, fifty years later, the book is no longer tolerable. The now 76-year-old author told Swedish news outlets that his publisher recently said that unless he rewrites the book and changes the illustrations, it will be taken off the market. The publisher also threatened to withdraw another of his books unless it is redone: it features an illustration of a black jazz musician who sleeps with his sunglasses on.

Lööf's publisher, the Swedish publishing giant Bonnier Carlsen, says that it has not yet made a final decision and that it only views the rewriting and re-illustrating of the books as "an option." There is no doubt, however, that they consider the books in question extremely problematic.

"The books stereotype other cultures, something which is not strange, since all illustrations are created in a context, in their own time, and times change," said Eva Dahlin, who heads Bonnier Carlsen's literary department.

How any supposedly educated person, even those who have only received the cultural Marxist brainwashing that passes for education today, can possibly think that such authoritarianism and suppression of individuality are in any way acceptable outside the theocratic shit holes of the middle east is beyond belief.


RELATED POSTS:
Cruise For 1,700 School Kids Ends In Tragedy As Migrant Passengers Gang-Rape Swedish Girl
When A White Guy Killed Immigrants In Sweden It Was Terrorism, When An African Immigrant Killed White People, It Was The Victim's Fault. Why?
Guess Which Political Grouping Wants To Legalise Incest and Necrophilia?
Swedish Press Conceals Migrant Crimes Due to Loyalty to Government
A Swedish Voter Loses It With The Politically Correct Idiots Running His Country
No Go Zones For Whites In Swedish Cities 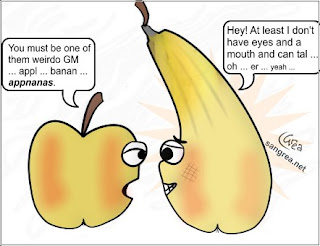