Did Billionaire Thiel Save Free Speech On The Web

Extremist Libertarian billionaire Peter Thiel, one of the founders of Internet Hawaladar Pay Pal has now set himself up as a champion of free speech on the web while Internet giants Google (via YouTube), Facebook, Twitter and Microsoft. Not only did Thiel put up the cash for Hulk Hogan’s lawsuit against Gawker media, one of the worst offenders for denying opponents of its political the right to express an opinion, it turns out he has been quietly pouring millions into legal efforts against the left wing media organisations that try to suppress ideas they disapprove of, by branding people racist, sexist, homophobic, xenophobic, and 'right wing nut jobs' guilty of 'hate speech' (as defined by Gawker contributors) for years.

Thiel describes his actions as philanthropy, a description that many of Gawker’s victims would no doubt share. The leftie nut job site made a habit of egregious, unecessary hate campaigns of everyone from former Alaska governor Sarah Palin to Conde Naste CFO David Geithner, brother of an Obama Treasury Secretary.

“As a libertarian, Thiel should support free speech,” complained Salon.

It’s a specious line of argument from supremely sensitive journalists upset that, with Gawker’s decline, the golden age of left-wing public shaming is over. They clearly think free speech is something only people who support left wing ideas have a right to, and that 'hate speech' is something only people who disagree with them can be accused of. Anybody who has been writing on the web for a while will be aware that most of the hate in fact comes from the left. Look at the hate attacks on Sarah Palin, Donald Trump, my Facebook friend Pam Geller, anyone who expresses revervations about same sex marriage or the elevation of transgender freaks to privileged caste status, or people who support immigration controls. It isn't just angry hater, it is irrational hate.

Thiel does not pose a threat to free speech, he is ending one. Only those who live in the left-wing alternative reality bubble as left wing jornalists and political activists could possibly think otherwise.


Shock, Horror! Millennials Safe Space Violated As Facebook Algo Accident Exposes Them To Diverse Ideas
Late last month (August 2016,) the Zuckerbugger's zoons put an algorithm in charge of the Facebook “trending” feature, to select the most popular topics, articles and keywords on the web in a narrow timeframe and with due respect for the 'safe space' of millenials who can be traumatised if they encounter microaggrrrrressions in the form of controversial ideas or unorthodox opinions ...

White House Official Cozied Up to Google Before Antitrust Lawsuit Was Shelved
As The Federal Trade Commission considered whether to charge Google with violating antitrust laws in January 2013, the Obama White House, which as we have reported previously has a mutually beneficial relationship with the world domination freaks who run Google was watching closely, and apparently was eager to protect the interests of Obama's friends.

The Greenteeth Defending Free Speech Catalogue
Events in recent years have shown us democracy is a sham. From the USA where big money owns the political system through the European Union where the bureaucrats of the European Commission in Brussels openly express contempt for the elected governments of member states and clearly state that the faux - democratic European Parliament is irrelevant, and the wishes of member states are not considered, it is up to the bureaucrats and experts to do what is right for Europe, WE THE PEOPLE are fighting a war like none we have fought before as the political, financial and academic elites try to disempower the masses. Only through our right of Free Speech can we expose the corruption and self interest at the heart of the system and hold to account the people who would create a global, authoritarian government.
The Greenteeth Defending Free Speech Catalogue

Deep State Control:Free Speech Is Under Attack And Journalism Is Dead

Free Speech Is Under Attack And Journalism Is Dead

Six-Figure Fines for failing to use the right transgender Gender Pronouns?
Sweden's War On Children's Books
Free Speech Under Attack Online
How Facebook, Instagram, Google, and Twitter Use Censorship to Kill Free Speech
Fascism Comes To USA: Attorney General Says: We’ve ‘Discussed’ Prosecuting Climate Change Deniers
The Self Righteous Minority That Threaten Free Speech
The Anger Of The Masses Is Rising
Former Head Of UK Equalities Commission Admits He Was Wrong To Believe Muslims Would Blend Into Britain…
Facebook begins Europe-wide censorship campaign against free speech.
Wikileaks Drops Hillary Email Bomb That Could End Her Campaign but FB Censored It 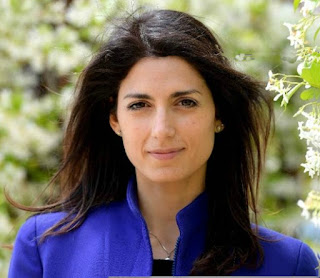