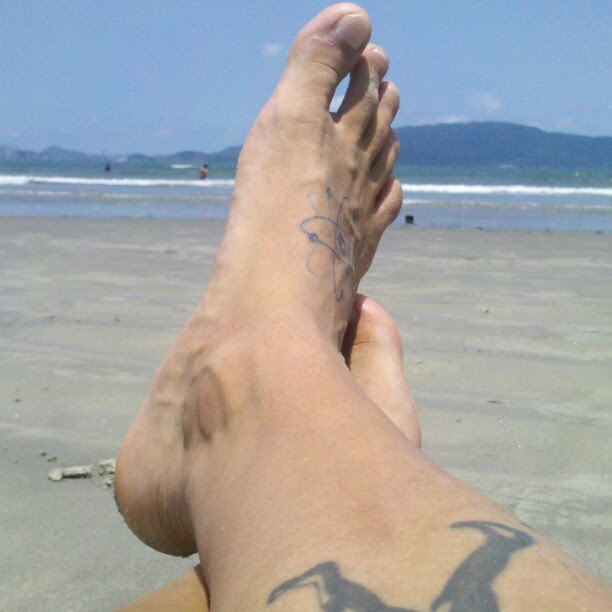 The Dalmatian coast of Croatia is a wonderful place to take a holiday, its sandy beaches are lapped by the azure waters of the Adriatic sea, its towns and villages are picturesque and imposing mountains rise steeply from the shore line. Visitors can enjoy reasonably priced food and absorb the rich local culture or they make just prefer to head for the beach and chill out while having their feet sniffed by a government inspector.

In a gobsmacking example of bureaucrats' ability to shoot themselves in the foot the Croatian tourist ministry, having noticed that the holiday trade is at last recovering from the hostilities in the area over the past fifteen years, decided to unveil a set of regulations aimed at ensuring "appropriate behaviour." This latest manifestation of the Balkan appetite for self - destruction, had it become law would have made the area a hotspot for serious foot fetishists but driven almost everybody else away.

Displaying authoritarian zeal bordering on Nazism the ministry has gone against the trend in other nations around the Mediterranean by attempting to instil a sense of decorum through stringently policed rules and regulations. Some of these even go beyond the standards required in prudish America. As well as the official foot sniffers the government would have appointed teams of babies nappy inspectors to check for adequate seals around the legs, banned from beaches women exposing their breasts or wearing thongs or "revealing sundresses", men in shorts, ice cream and cold drink vendors, picnics and make it a criminal offence to urinate in the sea (how did they plan to police that one? scuba divers?)

Now to say dress code is optional in European resorts is understatement. In more and more places dress is optional anywhere near the beach. We in Europe pride ourselves on having a healthy attitude to naked flesh. It is not a criminal offence for women to have nipples nor is it unknown for men to have hairy legs. So what has gone wrong in Croatia, a nation previously known for its tolerant attitude to untidy pubic hair, crooked willies and saggy boobs. Laws requiring elderly Germans and Swedes to cover up may have won popular acclaim but when those rules are extended to Beyonce Knowles lookalikes that is just bureaucratic intransigence at work. So what gives?

Well the announcement of the proposed laws to the travel industry attracted media attention all around Europe and now the Croatian bureaucrats are playing that other favourite game of bureaucrats, blame shifting.

Tourist minister Dragan Primorac, cowering under a barrage of ridicule said that none of the proposals were his idea and that he was not a control freak. Mr Primorac blamed his staff who he said used a facsimile of his signature to give authority to the proposals. So far no ministry workers have admitted to being closet foot sniffers.

Dubrovnik - jewel of the Dalmatian Coast