Boggart Blog has reported recently on the abhorrence of Muslims to all things pig related. Amid the surfeit of scaremongering about Islamic extremist terrorism and attempts to secure immunity from attack by appeasement we have seen Oxford University Press ban all pig related words from its publications because pigs are an abomination to Allah and references to them will offend Muslims, while several restaurant chains have stopped serving any dish containing ham or bacon.


And yet, with typical ham (oops, pardon) fisted incompetence the government, in sending a letter to all British Mosques asking for their help in rooting out extremists in the UK's Muslim communities, appear to have made matters worse.

Well the letter, sent to establishments in which the mere mention of bacon butties, sausage and chips or spam, spam, spam, egg, beans and spam is liable to trigger apopleptic fits, was drafted and signed by that well known barrel of lard, Eric Pickles of whom Shakespeare might have written: "He sweats to death and lards the lean earth as he walks along." 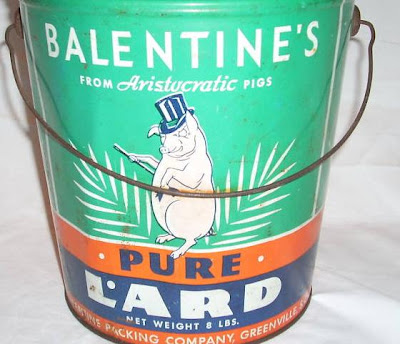 Eric Pickles pictured outside his office recently. (Image source)
RELATED POSTS:
The barbarity of Syria's Obama -backed 'freedom fighters'
Western war crimes
War on terror - multiple posts
ISIS genocidal war in Iraq
Syria and ISIS
How the FUKUS axis tried to start WW3 in Syria
Obama allies with Al Qaeda
We Will Raise The Flag Of Allah In The White House Say ISIS Leaders
Posted by Boggart Blogger at 9:53 AM No comments: