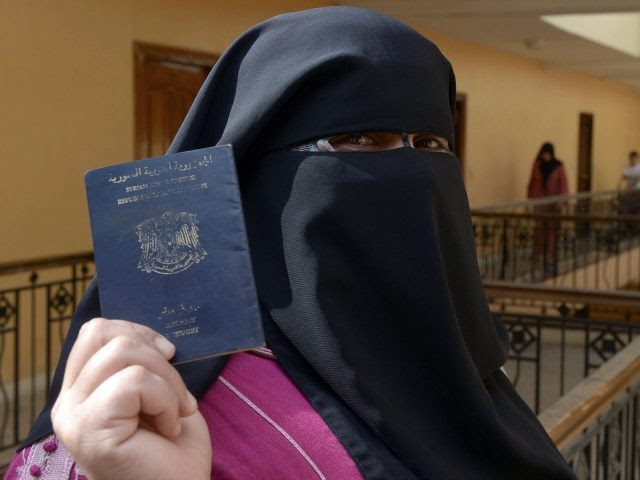 Syrian, Eritrean or American? Who could possibly guess? (Image source)
The shock renewal by Germany of border controls was, it turns out, a consequence of Hausfrau Merkel's ill - advised decision to announce that all Syrians arriving in Germany would be welcomed, a stupid move, probably aimed at sucking up to the terrorist - loving Obama administration in the USA, that was doomed to end in disaster from the outset.

Since Syrians seem to have been granted a privileged status among the many thousands of undocumented travellers intent on getting into Europe in order to claim welfare benefits or join jihadist cells,, suddenly everyone applying for asylum is saying they are Syrian.

In a press conference Tuesday afternoon, Minister of the Interior of the German state of Mecklenburg-Western Pomerania, Lorenz Caffier, confirmed suspicions about the origin of many supposed Syrian refugees. “At least a quarter of refugees who say they have come from Syria are not from Syria, but from other Arab or African countries,” Caffier told his audience.

Caffier’s statement echoes the experience of Rainer Wendt, head of the German Police Union: “Almost without exception, every refugee pretends to be a Syrian when in fact, many come from other countries, even from sub-Saharan Africa,” he said.

“All present themselves as Syrians,” said a police officer stationed in Bavaria to Spiegel Online, “even if they are obviously black Africans.”


RELATED POSTS:
"West's War In Syria Is Part Of A Global war Waged By The USA And Its Allies Against Russia"

Arthur Foxake brings us a brilliant analysis of the geopolitical picture from the black Sea and Middle East, but ahead of the embed window we get a few of Arthur's own thoughts on the situation
Who's To Blame For Syria Mess
Europe's immigration burden is breaking nations
EU refugee quotas fail
Immigration omnibus: posts on Europes crisis
Europe does not offer a promised land for economic migrants
Latest Posts
Europe's Immigration Crisis, July - September 2015