Where all politicians belong (Image source)
Political analyst Dick Morris is convinced Hillary Clinton's email scandal will lead to her being indicted and forced out of the race for president.

During an interview with Newsmax TV's "Newsmax Now," Morris tells host Miranda Khan Clinton's actions — using a private email address and server during her time as Secretary of State, which presumably allowed classified material to be passed over the non-government server — will lead to "overwhelming" evidence that she broke the law. 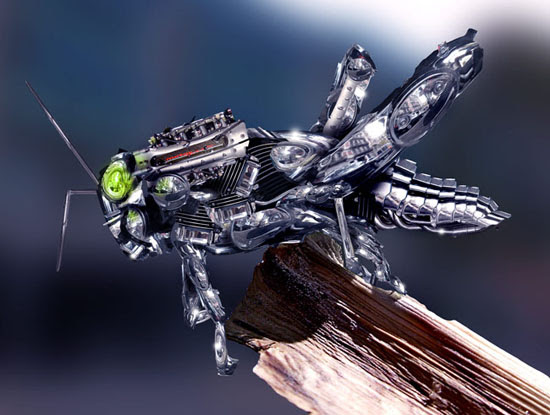 The glory that was Rome. but Italy is still one of the world's largest economies and a prod nation. Chancellor Merkel is foolish to belittle its EU partner (Image source)
The divisions between German leader Angela Merkel and her main allies in the EU, French President Francois Hollande and E U Commission President Jean - Claude Juncker, and the leaders of many other member states deepening, Italy is the latest nation to assert its sovereignty against the increasing trend of decisions being made by the German and French governments in collaboration with Brussels bureaucrats and them imposed on other EU members.

It is unacceptable for German Chancellor Angela Merkel to cut deals on Europe’s refugee crisis with French President Francois Hollande and the head of the European Commission without involving Italy, Italy's leader has said, according to a report from Reuters.

Italian Prime Minister Matteo Renzi, whose country is one of the main entry points for migrants from north Africa and the middle east to enter Europe illegally, has stepped up his criticism of the EU on a number of issues as he tries to deal with Italy’s stubbornly low economic growth after three years of recession.

Speaking as he prepared to meet Hausfrau - Volksfuhrer Merkel in Berlin on Friday, Renzi told German newspaper Frankfurter Allgemeine Zeitung he would be happy if the German chancellor and President Hollande could solve all Europe’s problems.

"But that is generally not the case," he said in an interview published in the paper’s Thursday edition.

"If we’re looking for a joint European strategy to solve the refugee question, it can’t be sufficient for Angela to first call Hollande and then EU Commission President Jean-Claude Juncker, and that I learn of the result in the press," he added.

More than one million migrants have reached Europe over the past year, many of them fleeing conflicts in Syria, Iraq, Africa and elsewhere. The crisis has strained relations between EU member states and tested their commitment to Europe’s open-borders Schengen agreement. This figure does not include any estimate for the ones who have avoided registering as refugees, asylum seekers or economic migrants and simply disappeared into the city ghettoes. One estimate puts the number at 600,000 for Germany alone.

Renzi recently dismissed calls by the groups executive branch, to tone down his criticism of EU policies on European Commission President Jean-Claude Juncker for Italy to desist from criticizing the EU's disastrous immigration policy,nd failure to address issues related to banking and the budget.

"I think that the Italian Prime Minister, whom I respect a lot, is wrong to criticise the Commission at each street corner," Juncker told reporters in Brussels, hinting at possible domestic reasons for the criticism.

"I keep my bitterness, which is big, in my pocket," Juncker added. He is also repouted to keep a big bottle of brandy in his pocket.

Caught between the crossfire of two anti-euro opposition parties in Rome and wrestling with stubbornly low economic output after three years of recession, Renzi has opened up disputes with the EU on several fronts. Though this is seen as a diversionary tactic in Europe, Italy does have genuine grounds to object to the way Germany has used its dominant position in the 28 member group of nations.

The shock renewal by Germany of border controls was, it turns out, a consequence of Hausfrau Merkel's ill - advised decision to announce that all Syrians arriving in Germany would be welcomed, a stupid move, probably aimed at sucking up to the terrorist - loving Obama administration in the USA, that was doomed to end in disaster from the outset.

Opposition Party to Sue Austrian Government Over Complicity In People Trafficking
We have reported previously that in their eagerness to complete the genocide of Europe's white working classes, the political and business elites are prepared to make a mockery of their own laws. One way in which this has been done is by turning a blind eye to people trafficking so that the entry of illegal immigrants to Europe would not be slowed by national law. We can't claim credit for the action reported here, we have very few Austrian readers, but it's good to see others are starting to think.