Saudi Arabia's powerful, and controversial, 32-year-old Crown Prince Mohammed bin Salman, as we warned earlier in the year when he was elevated to his currrent status, has in a few months has made more local (and foreign) enemies than most of his predecessors accumulated over a lifetime, appears to have decided he does not need to wait any longer for the final war that will cement the global supremacy of his particularly unpleasant brand of Islamic extremism.

In an interview with the New York Times' Thomas Friedman, which covered a wide range of topics including the recent anti-corruption campaign, to Donald Trump, to the Saudi social and religious revolution, bin Salman (MbS to his friends,) called the Ayatollah Khamenei, Supreme Leader of Iran “the new Hitler of the Middle East". This signals his intention to escalate the war of words between the arch-rivals. For his part, Khamenei has referred to the House of Saud as an “accursed tree”, and Iranian officials have accused the kingdom of spreading terrorism. 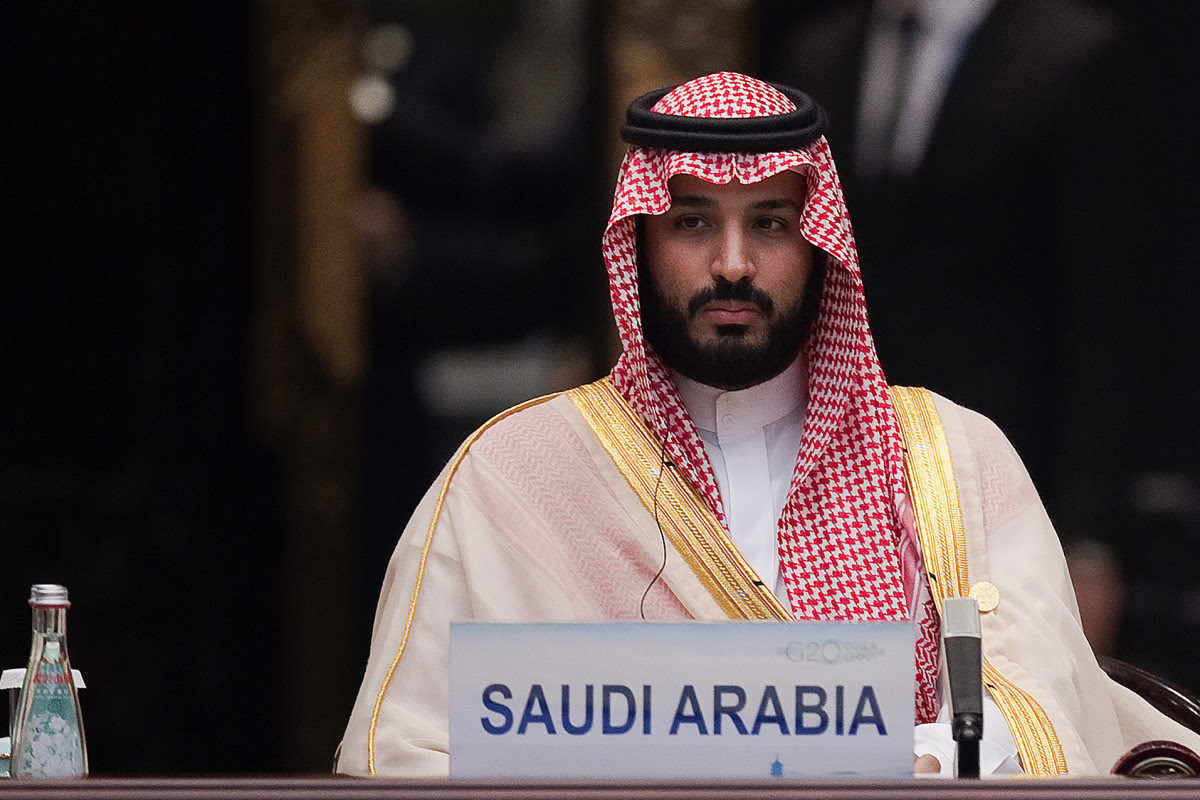 Mohammed bin Salman - Saudi Crown Prince and implacable fundamentalist
MbS, who after the recent anti corruption campaign is also now the Saudi defense minister and holder of any other job he fancies, slapped down the ISIS card and suggested the Islamic Republic’s alleged expansion under Ayatollah Ali Khamenei needed to be confronted.

“But we learned from Europe that appeasement doesn’t work. We don’t want the new Hitler in Iran to repeat what happened in Europe in the Middle East,” the paper quoted him as saying.

As reported previously, tensions between Iran and the Saudi Kingdom were ratched up again this month when Lebanon’s Saudi-allied Prime Minister Saad Hariri resigned in a television broadcast from Riyadh, citing the influence of Iran-backed Hezbollah in Lebanon and risks to his life. Hezbollah called the move an act of war engineered by Saudi authorities, an accusation they denied.

The NYT subtitled the Friedman interview "The crown prince has big plans to bring back a level of tolerance to his society", which is ironic considering MbS, a supporter of the most intolerant version of Islam, the fundamentalis Wahhabi sect, just rounded up most of his country's wealthiest and most liberal citizens and gave them an ultimatum: your money or your freedom. And speaking of extortions, the Crown Prince said that 95% of of suspects agree to a "cash settlement", adding that the public prosecutor expects govt to recover about "$100 billion in settlements."

Saudi Arabia desperately needs cash: with oil refusing to rise to its previous level of $100/barrel, Riyadh is hard-pressed to continue funding its ongoing war of aggression against neighboring Yemen, now in its third year. As happened in Syria where President Assad's forces, backed by Iran and Russia defied the terrorists of ISIS, a movement supplied by the USA and NATO and funded by Saudi Arabia and Qatar. So far Saudi Arabia's mercenaries have failed to to defeat the Iranian-aligned Houthi movement that seized broad swaths of the country.

Salman told the New York Times that the war was going in its favor and that its allies controlled 85% of Yemen’s territory. Which of course, is meaningless: the Houthis still retain the main population centers despite the war effort by a Saudi-led military coalition which receives intelligence and refueling for its warplanes by the United States.

Some 10,000 people have died in the conflict, largely thanks to weapons made in the US.

Ominously, Bin Salman said in May that the kingdom would make sure any future struggle between the two countries “is waged in Iran." Now that Israel is openly on the side of Saudi Arabia in the upcoming middle-east war, said Iran-based "struggle" may be imminent.

Over 4000 Civilians Have Died In Forgotten War.
As attention has focused on Syria ans then on the efforts of the Obama administration, in its dying months, to avenge the defeat of the anointed successor Hillary Clinton and discredit the election victor and President - elect Donald Trump, and simultaneously demonize Russia and President Putin
Obama's jihad
Obama's Al Qaeda allies
Syria - the real agenda
ISIS - a bombing war will not defeat terrorists
Humanitarian Crisis Unfolds in Yemen, As US-EU-NATO backed Saudi war destoys another nation
More On Russia’s Missile Deployments Around NATO Allies Borders And US Warmongering
Saudi Arabia Launches Chemical Attack on Sana’a, Killing Civilians
Why US Govt. And Saudi Arabia Don’t Want Americans Knowing the Truth About 9/11
Saudi Arabia Launches Chemical Attack on Sana’a, Killing Civilians
The Real Humanitarian Crisis Is Not Confined To Syria
The Hidden Genocide In Syria:Obama's Moderate Rebels As Brutal As ISIS
US Military Contractors Happy With Escalating Conflicts in the Middle East
Hillary and the Clinton Foundation: Exemplars of America’s Political Rot
The Source Of Islamic Radicalism Is biggest US Ally In The Middle East
Amnesty International Says The U.S.-Supported Coalition In Yemen Is Committing War Crimes