Since 2017 controversy and speculation has abounded over the legitimacy of the so-called "Havana syndrome" story, which involved some 50 diplomatic officials working at the US Embassy in Cuba coming down with strange illnesses and symptoms - from headaches to vomiting to 'brain trauma' - which was blamed on high tech covert 'sonic attacks' by nefarious actors. Officials were quick to blame either Russian intelligence or Cuban operatives in what sounded like a wild James Bond style bit of futuristic espionage. 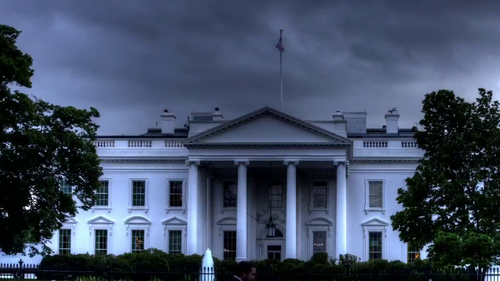 Last week the allegations returned to national media spotlight after defense officials said they believe Russia is likely behind "directed energy" attacks on US troops in northeast Syria. Apparently some US troops occupying the country began reporting "flu-like symptoms" which caused the DoD to investigate possible linkage to microwave or directed energy weapons on the battlefield of Syria. Politico reported that "officials identified Russia as a likely culprit, according to two people with direct knowledge of the matter."

And now CNN is reporting what is perhaps the most bizarre and outlandish instance of this yet - a 'sonic attack' which sickened a top administration official while standing just outside White House grounds. ... Continue reading >>>

RELATED: Hi Tech weapons are the future of war HAARP: Have Scientists, In Their Quest For World Domination, Opened Pandora's Box Of Troubles


New Development Makes Hydrogen Look Like A Realistic Hope For Replacing Fossil Fuels
Scientists have adopted the principles of photosynthesis to develop a way of separating hydrogen from other elementsin a development that offers a possible solution to global energy problems. Researchers claim their discovery could help realise the potential of hydrogen as a clean, cheap, renewable and reliable power source. Unlike fossil fuels, hydrogen can be ...

Alien Life? Who Needs Lizard Men There Is A Universe Of Ideas Out ThereWhat If We Are Alone? Scientist insit we must spend $£€ mega on trying to contact alien life forms. But putting aside the thought that such aliens may be hostile and hungry, why do we need to. There is a uinverse of ideas we can explore right here in our minds. Sady scientists lack the imagination to understand that..
The Lard Hadron ColliderAs excitements grows in the scientific community about the imminent announcement from the Large Hadron Collider team at CERN about how they have nearly found something interesting, Xavier Connolly explains why the whole thing is just a science a scam.
A Computer That Thinks?
Monsanto: Black Hat Biotech and World Domination
Will Hydrogen Fuel Cells Power The Cars We Drive In The Future
Mozart Exposes Another Scientific Scam
Quantum Metaphysics It's Life Craig, But Not As We Know It A Banana A Day More Radioactive Than Fukushima
The Wonders Of Brian Cox
The Truth Is Not Out There