We have reported on the human disasters and political chaos caused by American foreign policy many times. Today, with 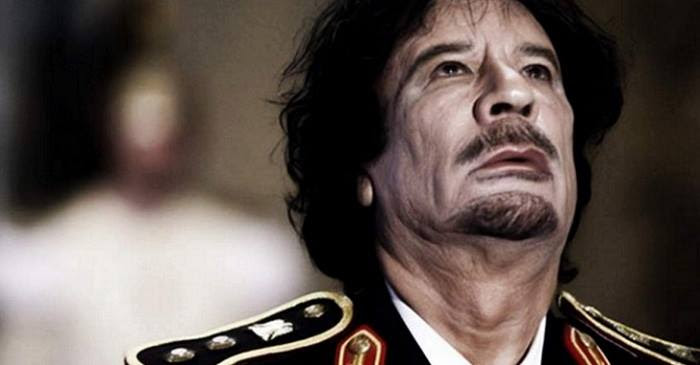 It is widely known that the U.S.-led NATO intervention to topple Libya’s Muammar Gaddafi in 2011 resulted in a power vacuum that has allowed terror groups like ISIS to gain a foothold in the country.
Despite the destructive consequences of the 2011 invasion, the West is currently taking a similar trajectory with regard to Syria. Just as the Obama administration excoriated Gaddafi in 2011, highlighting his human rights abuses and insisting he must be removed from power to protect the Libyan people, the Trump administration is now pointing to the repressive policies of Bashar al-Assad in Syria and warning his regime will soon come to an end — all in the name of protecting Syrian civilians.

But as the U.S. and its allies fail to produce legal grounds for their recent air strike — let alone provide concrete evidence to back up their claims Assad was responsible for a deadly chemical attack last week — more hazards of invading foreign countries and removing their heads of state are emerging.

This week, new findings revealed another unintended consequence of “humanitarian intervention”: the growth of the human slave trade.

The Guardian reports that while “violence, extortion and slave labor” have been a reality for people trafficked through Libya in the past, the slave trade has recently expanded. Today, people are selling other human beings out in the open.
“The latest reports of ‘slave markets’ for migrants can be added to a long list of outrages [in Libya],” said Mohammed Abdiker, head of operation and emergencies for the International Office of Migration, an intergovernmental organization that promotes “humane and orderly migration for the benefit of all,” according to its website. “The situation is dire. The more IOM engages inside Libya, the more we learn that it is a vale of tears for all too many migrants.”
The North African country is commonly used as a point of exit for refugees fleeing other parts of the continent. But since Gaddafi was overthrown in 2011, “the vast, sparsely populated country has slid into violent chaos and migrants with little cash and usually no papers are particularly vulnerable,” the Guardian explains.

One survivor from Senegal said he was passing through Libya from Niger with a group of other migrants attempting to flee their home countries. They had paid a smuggler to transport them via bus to the coast, where they would risk taking a boat to Europe. But rather than take them to the coast, the smuggler took them to a dusty lot in Sabha, Libya. According to Livia Manente, an IOM officer who interviews survivors, “their driver suddenly said middlemen had not passed on his fees and put his passengers up for sale.”

“Several other migrants confirmed his story, independently describing kinds of slave markets as well as kinds of private prisons all over in Libya,” she said, adding IOM Italy had confirmed similar stories from migrants landing in southern Italy.

The Senegalese survivor said he was taken to a makeshift prison, which the Guardian notes are common in Libya.


Those held inside are forced to work without pay, or on meager rations, and their captors regularly call family at home demanding a ransom. His captors asked for 300,000 west African francs (about £380), then sold him on to a larger jail where the demand doubled without explanation.

When migrants were held too long without having a ransom paid for them, they were taken away and killed. “Some wasted away on meager rations in unsanitary conditions, dying of hunger and disease, but overall numbers never fell,” the Guardian reported.

“If the number of migrants goes down, because of death or someone is ransomed, the kidnappers just go to the market and buy one,” Manente said.

Giuseppe Loprete, IOM Niger’s chief of mission, confirmed these disturbing reports. “It’s very clear they see themselves as being treated as slaves,” he said. He arranged for the repatriation of 1,500 migrants just in the first three months of this year and is concerned more stories and incidents will emerge as more migrants return from Libya.

“And conditions are worsening in Libya so I think we can also expect more in the coming months,” he added.

As the United States government continues to entertain regime change in Syria as a viable solution to the many crises in that country, it is becoming ever-more evident that ousting dictators — however detestable they may be —  is not effective. Toppling Saddam Hussein led not only to the deaths of civilians and radicalization within the population, but also the rise of ISIS.

As Libya, once a beacon of stability in the region, continues to devolve in the fallout from the Western “humanitarian” intervention – and as human beings are dragged into emerging slave trades while rapes and kidnappings plague the population — it is increasingly obvious that further war will only create even further suffering in unforeseen ways.

East Libyan forces launch strikes after air base attack
East Libyan forces have killed a number of military personnel loyal to the UN backed Government of National Accord (GNA) in a series of air strikes in the southern region of Jufra, according to reports from Reuters and AFP, three days after dozens of their men were killed in a surprise attack on an air base.