The ECB's publication of its Agreement on Net Financial Assets (ANFA) with the 19 central banks of the Eurozone, which has previously been restricted circulation, raises more questions than it answers, Die Welt reported on Thursday 31 March.
"Under public pressure the ECB released its billion euro agreement at the beginning of February. But what was meant to silence the debate around supposedly prohibited state funding has triggered more debate," Die Welt reported.

This concurs with the views I have expressed in our publications for several years. The global economy is hollow, all major currencies are underwritten by debt, there is no substance to any of the statistics regularly pumped out by governments. Things have become so desperate recently that banks and governments are seriously discussing Negativ Interest Rate Programs (NIRP) a system in which people like you and me, if we are lucky enough to have savings on deposit with banks will, instead of receiving interest on our investment, instead pay the bank for holding our money.

We have already had interest rates held at zero or close to zero for several years. This has failed. Quantitive Easing Printing money) has failed. There is nothing left that they can squeeze.

The ANFA controls the amount of financial assets national central banks of the Eurozone may hold in order to carry service national obligations not directly related to monetary policy, which is controlled at European level by the ECB.

"The ANFA agreement, and particularly the Emergency Liquidity Assistance (ELA) loans can be used to provide loopholes for central banks to rescue banks, for example when some insolvent banks are kept above water by poorly secured emergency loans," Philipp Konig from the German Institute for Economic Research (DIW) told the paper. "These loans are really only supposed to be short-term help for illiquid banks. However, we have seen in both Greece and Ireland that national central banks have considerable leeway."

Financial expert Daniel Hoffman said that there are currently 346 billion euros ($394 billion) of securities purchases on the balance sheets of national central banks, hiding under nebulous terms like "other securities" or "other assets," beyond the limit specified by the ANFA.


"After the rescue of bankrupt states and the multibillion euro purchase of government bonds, it will be the next taboo in the Euro system," Hoffman warned.

Smart Phones Will Not Make Banking Safer
Yet the war on cash goes on. The latest move is to encourage people to use their smartphone to do their online banking. My first reaction on reading this was, "They're having a laugh aren't they?" laptops and tablets are ridiculously easy to hijack, smartphones don't even need to be hacked, like tired old slappers whose sexual allure has gone south, but who still crave attention, they will offer themselves without needing to be asked.


Globalization: The False Narrative and The Death Of Western Steel Industry
In popular perception, the downfall of the steel industry in Britain, Europe and the USA symbolizes the decline of manufacturing industry in the developed world more clearly than any other of the past half century's economic trends. Over the past few months in Britain two of the last remainings blast furnace steel manufacturing plant, Redcar in North East England and Port Talbot in South Wales have been in the news, both were threatened with closure, in both cases that would have had dire consequences for the local economies. Similar stories have been played out in Germany, France, Sweden, Italy and, most drastically in the USA where the area dubbed 'the rust belt ... 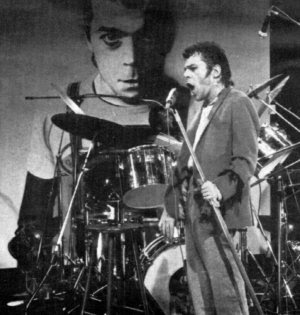