Picture source: © AP Photo / Peter Dejong
It is almost a year now since the gobernment of The Netherlands effectivly declared war on the people when a peaceful demonstration against oppressive anti-pandemic rules in the main city , Amsterdam resulted in the so-called "coffee battle", when at least 140 people were arrested by the police after the protests escalated to violent clashes.
This year another protest took place on January 16 at Museumplein under the title, “The Commemoration of the Coffee Battle.” This references the protest disguised as a coffee meet-up last Spring which resulted rioting and claims of excessive force by police.
The 2022 protest was being organized by Nederland in Verzet, or Netherlands in Resistance. They planned to hold marches from three locations towards the Museumplein. The planned starting points are the Olympic Stadium, the Westerpark, and the Oosterpark.

The police arrested thirty people on Sunday during an unauthorized demonstration against the country’s fascistic suspension of civil liberties, disguised as measures to combat the coronavirus pandemic. To get around the ban on protests, the organizers announced that they would show up at Museumplein “to drink coffee.” A peak of nearly 10,000 people attended the event, a spokesperson for Mayor Femke Halsema said.

The arrests were made for various offenses, including disturbing public order, inability to identify oneself, assault and illegal possession of weapons. Out of the thirty people who were arrested, nine were still incarcerated on Monday morning. Seven of them are suspected of violence against police officers. The other two were held on weapons possession charges.

(Natural News) A deep analysis of Pfizer’s trial data has revealed that the company’s Wuhan coronavirus (Covid-19) “vaccine” is likely to “increase illness rather than reduce it.”

The Canadian COVID Care Alliance (CCCA) compiled this new research in a 50-page PDF presentation and corresponding video. (The video is available at LifeSiteNews.)

The presentation begins with the CCCA quantifying and contextualizing Pfizer’s claim that its jab is 95 percent effective seven days after the second dose. It is revealed that this 95 percent figure actually refers to a Relative Risk Reduction or RRR.

The Absolute Risk Reduction (ARR) figure, which is how most people are thinking about it, is a paltry 0.84 percent efficacy – meaning the jab provides zero protection against the Fauci Flu, statistically speaking (a short video explaining the difference between RRR and ARR is also available at LifeSiteNews).

Based on Pfizer’s own trial data, even without getting vaccinated the risk of contracting covid was a mere 0.88 percent compared to 0.04 percent (supposedly) in the vaccinated group. © REUTERS / LISI NIESNER
Following this development, Austria essentially becomes the first European country to introduce mandatory vaccination against COVID-19.
In a vote on Thursday, the Austrian parliament has approved mandatory COVID-19 vaccination in the country.
Doris Bures, second president of the National Council – one of the two houses of Austria's Parliament – said that the measure "is adopted with the (necessary) majority," as quoted by AFP.
The move was supported by all parties, except the right-wing, passing with 137 votes in favour and 33 votes against it, the media outlet notes.
The development essentially makes Austria the first European country to introduce mandatory vaccination against COVID-19.
The new Compulsory Vaccination Law is expected to come into force in February and is goind to require all people aged 18 and above and registered in Austria to receive a vaccine; the measure does not apply to people younger than 18, pregnant women, and those with a medical exemption.
Continue reading >>>
[Daily Stirrer] ... [ Our Page on on Substack ]... [Boggart Aboad] ... [ Greenteeth Home ] ... [ Greenteeth on Minds.com ] ... [ Latest Posts ]

Death certificate data from the Centers for Disease Control and Prevention show excess deaths increased by more than 40% among Americans 18 to 49 years old during a 12-month period ending in October of 2021, and that COVID caused only about 42% of those deaths. 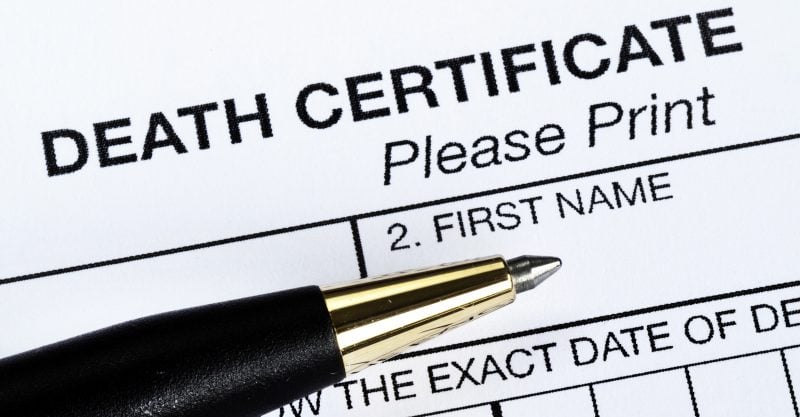 Death certificate data from the Centers for Disease Control and Prevention (CDC) show excess deaths increased by more than 40% among Americans 18 to 49 years old during a 12-month period ending in October of 2021, and that COVID caused only about 42% of those deaths.

State-level data for the same 12-month period also show increases. For example, in Nevada, excess deaths were as high as 65%, with COVID accounting for only 36%.

Increases in excess deaths were most noticeable in the Midwest and western and southern states, while states seeing the lowest increases were primarily from the Northeast.

On the low side, New Hampshire was the only state to see no increase in excess deaths for the 18 to 49 age group, nor did it record any COVID deaths among that group.