Another Day, Another Load Of Propaganda Bollocks. N. Korea Is Not Shipping Armaments To Russia Via Africa 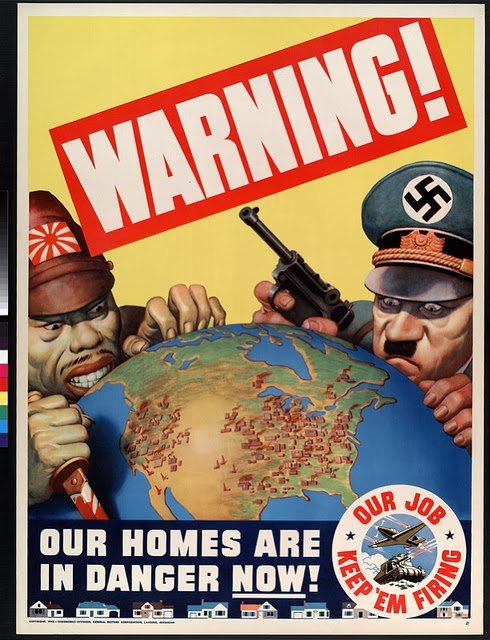 The Powers That Be appear to have convinced themselves that voters and taxpayers are stupid enough to believe every word of the ridiculous propaganda lies they throw at us every day. Consider these recent examples:
'The vaccines are 100% safe and effective', 'The Ukrainian army have routed Russia and are on the pont of complete victory', 'The Russians blew up their own pipeline', 'The Russians blew up their own bridge', or going back a few years: 'The science is settled', There will be no polar ice by 2005 2010 2015 2025, Polar bears will be extinct by etc. or way back 'This piece of paper guaraneets peace in out time', or even further, 'It will be over by Christmas'.

Quite a track record yet people continue to believe bullshit like this latest nonsense from the handlers of the demented, geriatric paedophile we are required to accept as president of the most powerful nation on earth (according to them.):

North Korea has secretly shipped munitions to Russia through the Middle East and North Africa, the U.S. says. - NYT

The United States on Wednesday accused North Korea of covertly shipping a “significant number” of artillery shells to Russia to aid its war effort in Ukraine, a sign that Moscow is increasingly turning to pariah states for military supplies as the grinding conflict persists.

The White House’s national security spokesman, John Kirby, said that it was unclear if the artillery munitions, which are being transferred through the Middle East and North Africa, had reached Russia. The United States does not believe that the additional weapons will alter the trajectory of the war.

“Our indications are the DPRK is covertly supplying and we’re going to monitor to see whether shipments are received,” Mr. Kirby told reporters on Wednesday, referring to the Democratic People’s Republic of Korea. “Our information indicates that they’re trying to obscure the method of supply by funneling them through other countries in the Middle East and North Africa.”

One thing we can actually learn from this bollocks is the NATO / UN / WEF propagandists failed their first year geography exam. Why TF would N. Korea ship armaments to Russia via North Africa when Russia and North Korea have a common border. Artillery ammunition is heavy and bulky and one does not want it falling into the hands of Somali pirates or Islamic State terrorists needs. That is why it is preferable to transport it in bulk - by ship or railway. And with the railway systems of Russia and North Korea being seamlessly connected Russia's transporting these volatile items by sea and through potentially hostile territory would make less sense than blowing up their own pipelines or bridge.

The beauty of using a rail link that is entirely within Russian territory is U.S. has no means to know what products are in the boxcars and containers that travel across that border.

There are also ships. By sea it is only a short hop from North Korea to Vladivostock. In 2017 the U.S. accused North Korea of exporting coal via Russia to third parties to beat sanctions on buying the communist nation's exports:

[T]he secretive Communist state has at least three times since then shipped coal to the Russian ports of Nakhodka and Kholmsk, where it was unloaded at docks and reloaded onto ships that took it to South Korea or Japan, the sources said.

Now tell me: Why would North Korea or Russia put any deliveries between them in jeopardy by transferring them via a third party far away from their areas of influence and operation? It's just scaremongering propaganda.

EU Vows To Retaliate if Nord Stream Gas Pipeline Blasts Were Sabotage - But against whom, the USA?
European Union leaders in Brussels suspects what the rest of us knew for sure yesterday, the blasts that have forced the closure of two underwater natural gas pipelines between Russia and Germany ware deliberate acts of sabotage. The European Commission, the EU's de facto Politbureau has warned of retaliation for this and any attack on Europe´s energy networks, though they did not say againt whom they would retaliate.

Bloomberg TV Hosts Shocked As Top UN Adviser Dumps On 'Evil Russia, Good Ukraine' Narrative
A news interview aired by Bloomberg TV on Monday shocked presenters and viewers when the interviewee went right off script and the Ukraine war narrative of Ukraine good / Russia evil / NATO defenders of freedom. Jeffrey Sachs who has in the recent past advised three UN Secretaries-General had been given the script but obviously did not like it and started ad - libbing. Sachs, commenting on the sabotage of the Nord Stream 1 and 2 gas pipelines from Russia to Germany, suggested the United Stats was the most likely perpetrator of the attacks, when asked about it ...

Online Censorship And Free Speech
I switched on the TV on Saturday morning at 6:30am expecting to get a mixture of different short news stories, but what followed was 26 minutes of a film on the news story of the tragic death of Molly Russell [ ... ]I am truly sorry for the Russell family’s loss, but the way this story has been presented here feels wrong. The general presentation bears the hallmarks of propaganda techniques I will describe later.

Why Are Pundits Saying The Kerch Bridge Is An Important Turning Point In The Russia and Ukraine War?
An explosion destroyed parts of a bridge that links Russia to the Crimean Peninsula. Many column inched in mainstream media opinion and comment pages and many hours of broadcast news have been devoted to this story and why the bridge is so important for Moscow's war effort in Ukraine, this setback may signal a turning point in the war.

Nord Stream and Kerch Bridge Attacks A Tremendous Opportunity For USA's Economy
Following the recent attacks on the Nord Stream pipelines, which effectively halted the flow of natural gas which German industry, commerce, agriculture and society relies on, and the terrorist attack on the Kerch Bridge, US Secretary of State Antony Blinken gloated that the attacks were a “tremendous opportunity” to weaken Moscow.. And now it has emerged that the United States CIA and UK's MI5 strate security agencies at the very least knew of the plan in advance.

Russia Ukraine Dirty Bomb Claim - Some Reality
As the situation in Ukraine gets more desperate with casualty numberrs mounting, half the national infrastructure in ruins and Russia upping its game in response to US / NATO military assistance privided to the neo nazi nutters in Kiev, a false flag event seems the only way to provide an excuse for direct US intervention. And the USA has a track record for fgalse flag events ...

Lockdowns, The Great Reset and the Unfolding Disaster That Is Globalism

In late 2019 and early 2020 and during the COVID era of lockdowns, mask mandates, etc., trillions of dollars were handed over, (via COVID-relief packages,) to elite interests while lockdowns and restrictions were imposed on ordinary people and small businesses.The winners were the global corporations like Amazon, Big Pharma and the tech giants. The losers were small enterprises, communities and the bulk of the population, deprived of their right to work and the entire panoply of civil rights their ancestors struggled for.

100% Safe and Effective? – UK Gov. reveals the Triple Vaccinated account for 91% of COVID Deaths since the start of 2022
Figures released  by the UK Government Office of National Statistics (ONS) reveal the fully/triple vaccinated population account for over 90% OF Covid-19 deaths in England over the past year, 91% since the beginning of 2022, and 94% of all Covid-19 deaths since the beginning of April 2022.  On top of that the al cause excess deaths for UK are now, week on week, higher than at the height of the pandemic