Net Zero Ed - The Most Significant British Politician Of The Century? 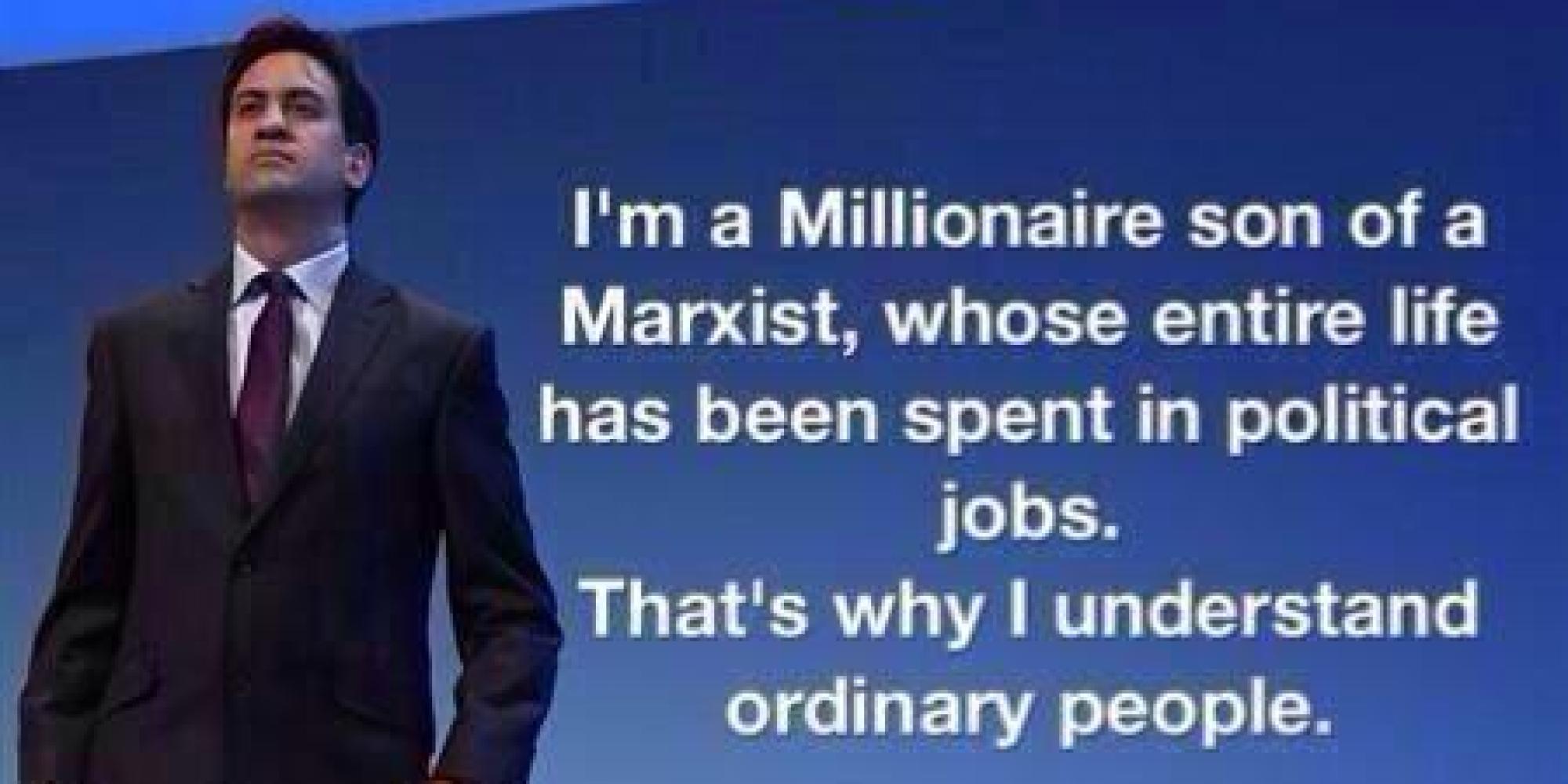 former Labour leader Ed Milibandwho as Energy Minister in Blair's government, committed Britain to 'net zero' in law. One day he will ascent to Marxist heaven to sit at the right hand of Saint Greta. (Picture: Huffington Post)

Have MPs got smaller or has Ed Miliband got bigger? Has he grown into his boots? Has he outgrown them?

He has, over the years, been such a resource for satirists, humorists and associated noodles that it’s easy to forget he has had more affect than any Labour politician in living memory. And not just because of his £2 membership drive that put the Labour party into special measures for five years. What other contenders are there? It’s true that Tony Blair’s war in Iraq had a widespread effect on the prospects of hundreds of thousands in the Middle East – but that will be insignificant against the leadership Ed displayed with his Climate Change Act.

It was he as Energy Secretary who put it into law that we had to decarbonise our entire economy, and while sceptics jeered, and laughed and mocked the geeky overreach – the rest of the world went and followed suit. And without our realising, he created an epistemological crisis so great that the world no longer agrees on what a fact is.

“The planet is hotter than it has been for 125,000 years!” he told us, as if it weren’t palpably untrue. “We already see the disastrous effects of 1° of warming.”

One degree! Have we not had 1° rises in temperature in medieval times, Roman times, Minoan times? Doesn’t climate change? Don’t catastrophists find it impossible to explain how much warming is man-made and how much is natural?

Cop 27 may have failed to limit emissions – measurable emissions that register on detectors but the connection between that and any specific temperature rise is opaque. Nobody knows.

He then asked the minister to adopt his proposal for a “zero-carbon power system by 2030.” This is “the new gold standard on international leadership.”

We laughed at his Climate Change Act – “Who will be prosecuted if the climate changes?” we chuckled. But by any standard, Ed Miliband changed the world.

One would have to be psychotic to wish his zero-carbon catastrophe on British lives – but the temptation is there, if only to demonstrate to Ed that his policies will be the end of more humanity than all the great communist dictators put together.

Governments' obsession with climate pseudoscience over economically and social viable solutions is leading to disaster
The government's current obsession with pursuing the target of net zero carbon emissions in order to claim the UK leads the world in green wankery is more to do with virtue signalling that governing, but with the complicity of mainstream media, particularly The BBC, climate scaremongering is providing a convenient diversion from this governments abject failure to address and of the very real economic and social problems facing us.