In my school days, admittedly more years ago than I care to remember, trying to justify the non - delivery of homework projects with the excuse "please Sir, the dog ate it," was not exactly fresh and original but was still guaranteed to raise a ripple of laughter from classmates. Now of course it is a tired and lame excuse used as a last resort only by the terminally dull - witted. Family pets have advanced in status so much they can actually make a positive contribution to academic achievement.

But if homework cheating was primitive, cheating in examinations was positively paleolithic: 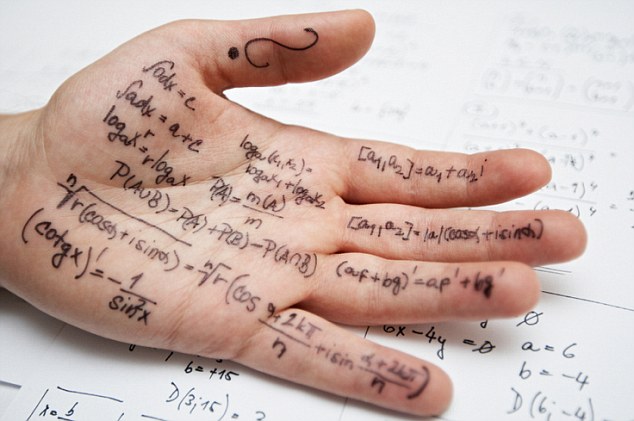 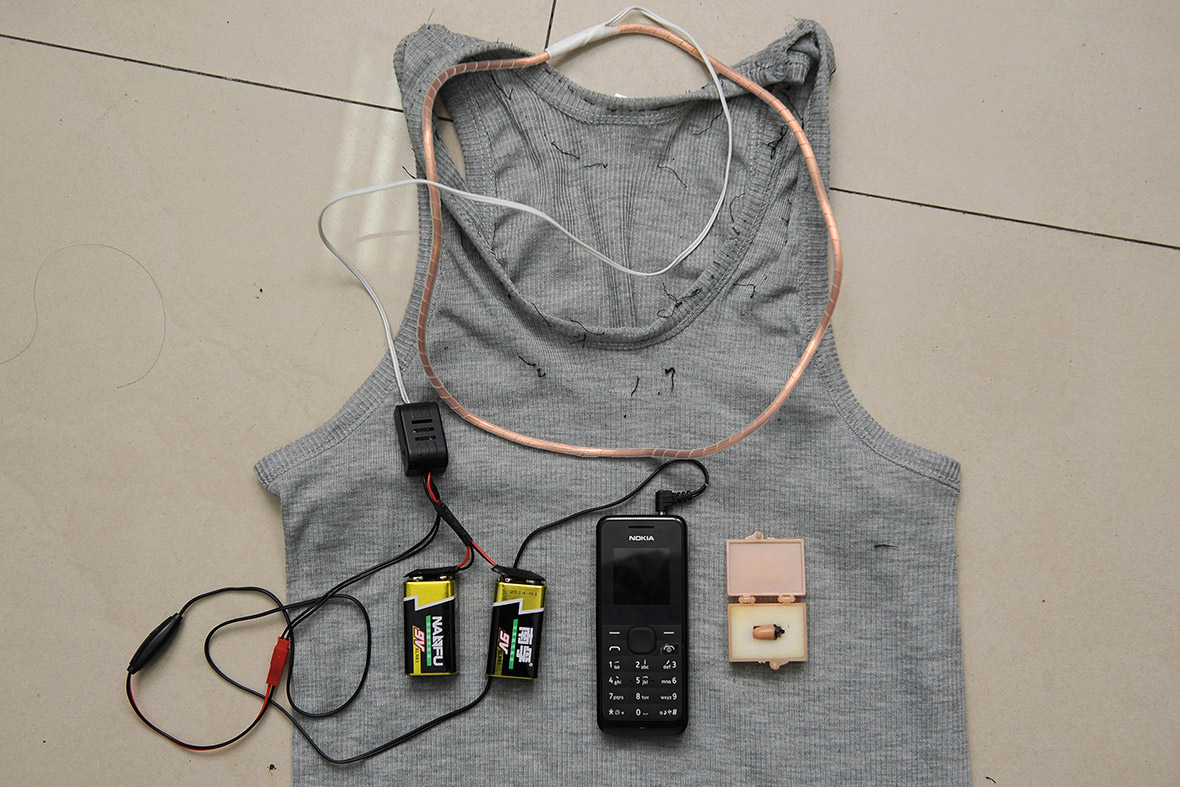 Picture source: International Business Times
But even this level of technological assistance is redundant. Exams have become so easy and our politically correct aversion to failure so intense, there is no need to actually answer the questions any more if you can stack up enough grading uplifts to compensate for physical and emotional disadvantages.

Britain's leading examination boards announced this week that results may be upgraded if it is know that the candidate has suffered an emotionally distressing experience in the run up to the exam. Qualifying experiences include death of a parent or sibling (5% upgrade) parent or sibling being diagnosed with a serious illness (5%) death of a distant relative (3%) a broken limb within 48 hours (3%) a broken limb on the mend (2%) - this throws a whole new light on the theatrical expression of encouragement "break a leg" - and so on, with the death of Fido or Tiddles weighing in at 2% if it happens within 48 hours of the exam or 1% between to days and a week prior. Monty Python fans will be emotionally distressed to learn that the death of a parrot warrants nothing.

A spokesperson for one of the examination boards responding to criticism that the scheme is politically correct mollycoddling of the young said that the maximum upgrade had been set at 5% in order to discourage abuse of the system. As she does not say whether the upgrades will be cumulative I fear the bureaucrats have once more underestimated the ingenuity of ordinary punters. Consider the possibilities in a literature examination…


QUESTION: In Shakespearean tragedy the downfall of the main character is often a result of a failure to address obvious flaws in his own character. Discuss this with particular reference to Hamlet and Macbeth.

ANSWER: Both Hamlet and Macbeth are…Oh GOD! WHAT IS THE POINT? Why should I sit this exam when with a bare bodkin I could my quietus make. Who cares about qualifications and careers. Life is a tale told by an idiot, full of sound and fury, signifying nothing. Shakespeare's tragedies? Are there not enough tragedies in the real world. To write or not to write that is the question, when all our yesterdays have lit the way of fools to dusty death.

Only yesterday my beloved Labrador Bonzo shuffled off this mortal coil when a car, driven by my uncle Jim, mowed him down. Jim did try to avoid Bonzo but lost control of the car and perished himself when he hit a wall.
I felt guilty about having let Bonzo off the leash and rushed to cradle the poor dogs noble head as he breathed his last. When the paramedics led me away I noticed my hands were covered in blood. "Will all Neptune's great ocean wash clean the blood from this my hand I cried out.
Just then my mobile phone rang. It was my mother calling from the hospital to tell me she had been diagnosed with terminal cancer and within six months would be heading for that unexplored country from in whose bourne no traveller returns.

In a perfect world I would be able to turn for comfort to my Dad, a virtuous man, but as it says in Hamlet, Act 2 Scene 2 "Virtue itself 'scapes not calumnious strokes and Dad has been paralysed these three years.

I asked my sister, a Goth to let me have some of her downers. Each man is but a poor player who frets and struts his hour upon the stage and then is heard no more I said.

"But in that sleep of death what dreams may come, she quipped rather wittily in the circumstances, for a Goth I thought, just before she fell downstairs and broke her leg.

Then I heard a terrible sound coming from the kitchen and rushed in just in time to see poor Tiddles choke to death on a furball.

I tried to sleep last night, for after all, we are such stuff as dreams are made of, our little lives are rounded with a sleep.

But what will it avail me if I pass this examination. There are more things in heaven and earth than are dreamed of in your philosophy Mr. Examination Marker.

And if you add it all up that should be worth a pass.


RELATED POSTS:
Eight Subjects That Ought To Be Part Of The Mandadtory Curriculum For Basic Education?
Should subjects like meditation and gardening be part of the school curriculum? Or as one high school in Massachusetts, USA, seems to believe, classes in analyzing conspiracy theories (if taught properly this could help students distinguish between a true conspiracy theory, a fantasy and what is legitimate questioning of official propaganda. The embedded article from Collective Evolution presents some interesting idea.
World IQ is falling in direct correlation to increase in global military spending
This is scary, very, very scary. A colleague once said to me that with intelligence, common sense, perseverance and goodwill there is not challenge that human being, working together cannot overcome. This should provide a decent amount of hope that we can overcome the tsunami of shite our elites are directing our way right now.
Who Should Make Decision About Childrens' Welfare, Parents Or Authoritarian Left Wing Schoolteachers?
We like stories about bureaucrats abusing their authority and about schoolteachers (especially head teachers) letting their inner fascist out of the closet. So a story than combines both, like this tale of a South Yorkshire primary school head who banned packed lunches because out of concern for 'her' children's welfare she wanted them to have no alternative to the nutrition free slop served by the school kitchen.
Poor white pupils put off school by multicultural timetable
Education, should it be about learning to read, write, spell and calculate? Or should it be about feminism, gay rights, black history and 'gender awareness' whatever that is? For many years we have had multiculturalism and politically correct thinking rammed down pupils throats but now a study by a local education department suggests this obsession with politically correct diversity is responsible for the failure of white working class pupils.
Education, Education, Education And To Hell With The Kids
Teaching used to be a vocation and education a high minded calling for those who wished to prepare young minds for adult life by making the process of learning, in the classroom, by discovery and through osmosis, an exciting and fulfilling lifelong process
The Degree Factory: The Decline Of University Education
The decline of university education in parallel with dumbing down of the general population is contributing to the economic and social problems of the industriaized democracies. But why have standards been allowed to slip so far and can the trend in university education towards theraputic and politically correct courses be reversed?
Its Nineteen Eighty Effing Four In The Education System
Progressive approaches to education seem to be ideologically driven rather than focused on the needs of the individual pupil. so will the left's dreams of equality be fulfilled when every child leaving the school system is equally dysfunctional.
The STEM Education and Scientism - the curse of modern education.