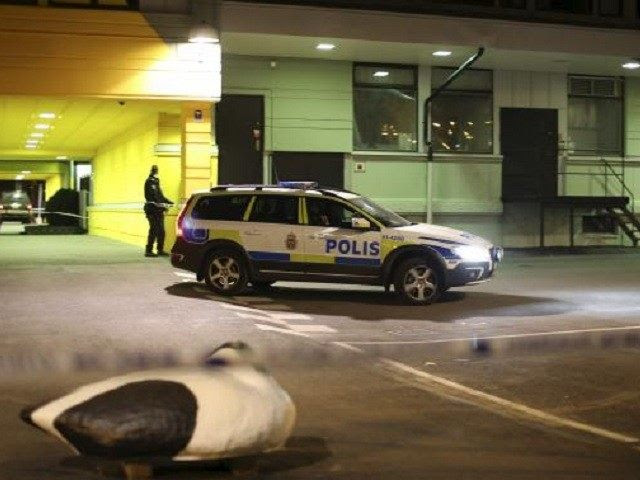 We have never really commented on the moon landing, while controversies still rage in internet forums, like the Kennedy assassination (of which the conspiracy theorists have now proved that the president WAS hit by two bullets fired from different directions while the authority worshippers maintain the official story cannot be questioned) The Daily Stirrer takes the view that is both events happened when we were all running round getting drunk and chasing women, as young men of that age should be. So why readdress the moon landing now, you might well ask. Being, all of us Stirrers, the kind of people who enjoy Star Trek as a fantasy we have been content to say, "Well OK, if they tell us they landed on the moon that's fine, what's to be gained if is is not true." The moon landing was nowhere near as significant event as science heads and space travel fans would have you believe. But when we saw this story it made us sit up and think.

Can it be that the conspiracy Theorists have once again been right all along. Or is there another explanation for the apparent contradiction. This one is going top have comment threads and social media going crazy for months.

In the video presentation below, NASA engineer Kelly Smith explains about many of the risks and pitfalls surrounding the new Orion Deep Space Mission to the planet Mars.

Surprisingly, chief among Kelly’s concerns is whether or not his spacecraft can successfully pass through the perilous Van Allen Radiation Belts. Such is the prospective danger in fact, that NASA will have to send a dummie craft first in order to ‘test out’ what the potential radiation effects will be on future human crews, as well as on the ship’s delicate sensors and equipment. So how did the moon missions get through forty years ago?

See the amazing confession on a NASA video:

Read more on this story:

The very concept of sending people into space has always been an interest to me, not because I actually believe it will happen, but just with the thoughts of how far we would have to advance, technically in order to achieve such a quest. I was reading an article which spoke of someone who was wondering if we would ever form colonies in space, and I felt compelled to respond. This was my response.

What The controllers have In Store For Your Future
If you thought the book Nineteen Eighty-four by George Orwell was something else—even possibly off the wall when written—wait until you learn what’s planned for us by the year 2025! George Orwell, in retrospect, seems to have been able to tap into some sort of future-time-machine or a “worm hole” in physics—what’s known as an “Einstein-Rosen bridge,” because much of what he wrote about has come to realization.
US Supreme Court Judge Found Deat 'With A Pillow Over His Head'
Conspiracy of Flight MH370
The 9/11 Conspiracy
France Moves to Make ‘Conspiracy Theories’ Illegal by Government Decree

BBC was part of the 9 / 11 conspiracy
Don't call me a conspiracy theorist
The truth is not out there
Beyond big bang
Missing Aircraft: Does This Ring Any Bells
Wormholes: The science behind Interstellar Travel

The role of cosmic electric currents in earth’s climate

If you’ve been following the growth of the Electric Universe movement, you know that this growth is due largely to the power of a new paradigm to explain things left unexplained by conventional theory. The greatest surprises of the space age are not surprises to researchers exploring the role of the electric force across the cosmos. Nor is it surprising to see the electric force at work close to home, both in the sculpting of planetary surfaces and in the evolution of life on earth ...

Anti-Science – The Church Of Scienceology's Latest Pejorative Term For People Who Think And Question.

We are not the only web site to take exception to accusations of being anti - science and all the other pejorative terms used by the Church Of Scienceology disciples to deflect criticism from independent minded people who are smart anough to ask Cui Bono? Which corporate business benefits.

TThe Idea Of An Infinite Universe Is Fashionable Again

The now little discussed (due to the witch hunt tactics employed by the scientific consensus gangsters) idea of an infinite, eternal, self renewing universe makes a lot more sense than a point at which everything suddenly materialises out of nothing.

Eugenics by any other name: Scientists call for ban on editing human genome.

Mention eugenics and the idiotic screechers of the left will start going on about Naziism, although the science of Eugenics would not be a bad idea if scientists, businesses and politicians could be trusted with such power. Power however always tempts the holder to abuse it, and the power to create a master raceby genetic modification of human DNA cannot be entristed to three professions that have always been deficient in ethical awareness.

Arrogance, Intolerance, Snobbishness and Corrupt, Self Interested Practices. It's modern science.
The world sems to be waking up the the fact that while in the past scientists tended to be rather detached, slightly obsessive people not driven by material goals, the modern science academy has been very largely corrupted by political patronage and corporate money. The academic field of climate science it especially notable for this.

Was CERN A False Prophet - Laugh, I Nearly Shat

Some of you may remember the stick we have taken from The Church Of Scienceology Cult member when in taking the piss out of the over educated idiots at CERN, who are looking for "The Answer To Life, The Universe and Everything," by comparing their quest for The Higgs Boson to someone looking for a needle in a haystack when ...

Mainstream Media Myths and The Power Of Belief

Years ago, an elderly, frail Japanese martial arts master once boasted a 200-0 record against his opponents. He claimed to have a unique power that allowed him to inflict serious injury on people without actually laying a finger on them. Was it Chi? Magic? None of the above. It was a total scam. But that didn't matter.

Docors, Scientists Greased by Big Pharma? Told You So.

The Physician Payments Sunshine Act, which was passed by the US Senate with the help of an extensive investigation led by Senator Charles Grassley (R-IA), provisions that doctors who receive payoffs from drug or vaccine companies must disclose this when pushing new therapies or medical procedures from what would otherwise appear to be unbiased intentions. (It happens in Europe too, see links in article)

New Physics Theory Proposes Time Is Disappearing From Our Universe.

I have never understood why we invest so much money in theoretical physics, which basically means blokes with pointy heads sitting around having intellectual wanks as they dream up constantly whackier theories to explain how our universe works. One idea they cling to fondly which I find crazy, is that time is somehow material than can be stretched, compressed, kicked around like a football and made to disappear.

Wormholes: The science behind Interstellar Travel