We might go quiet on long running stories such as the war against ISIS and Islamic extremism in Syria and Iraq sometimes, but that does not mean they have gone away. Let's face it, rebel terrorists and government troops shoot at each other, if we posted the story day after day, would not make very good reading. And as there have been no sensational headlines about a surrender by one side or the other, or a decisive breakthrough, readers are capable of working out for themselves that nothing has changed.

Until something like a story than came in today enables us to give you a new angle on the middle east conflict. What is happening it seems is that faced by Iraqi and Syrian government forces galvanised by elite troops from Iran, ISIS have opted for the classic terrorist tactic of dispersing into the general population and maintaining the terror level they need by striking unexpectedly at vulnerable targets.

A while ago, we reported, with jaws slack in astonishment, on Barack Obama claiming on of the successes of his Presidency in 2015 was the way he had delivered peace in Syria. At the time the fighting in western Syria was at its height, as Syrian and Iranian ground troops, backed by Russian air strikes, destroyed the last ISIS and Free Syrian Army units around the city of Aleppo, while the war with ISIS in the north and east still rages to this day.

And the Obama administration's efforts against Islamic extremism in Iraq is not doing much good either. NBC reports:

An outdoor market in a majority-Shiite neighborhood in Baghdad was struck by a car bomb Tuesday, killing at least 28 people and injuring an additional 65. Meanwhile, a second bomb in another neighborhood market killed five and reportedly wounded 15. No one has claimed responsibility for the attack yet, but the bombs resembled ISIS-planned explosions carried out last week.

The attack was carried out with an explosives-laden car that was parked nearby. Speaking on condition of anonymity as he wasn't authorized to speak to reporters, a police officer told The Associated Press that the explosion in the northeastern Shaab neighborhood also wounded up to 65 people.

A second car bombing at a fruit-and-vegetable market in the Iraqi capital's southern Dora neighborhood also killed at least five people and wounded 15 others.

No one immediately claimed responsibility for either of the attacks, which bore the hallmarks of ISIS.

The blasts follow the bloodiest week in Baghdad this year. ISIS claimed a series of bombings in and around the capital last week that killed 100 people and sparked popular anger against the government for failing to ensure security.

FBI Director Comey: ISIS Is Losing Its Appeal in America

The Last Accredited Western Reporter In Damascus Speaks: "Russia Did More 'Good' In 30 Days Than The US Did In A Year" 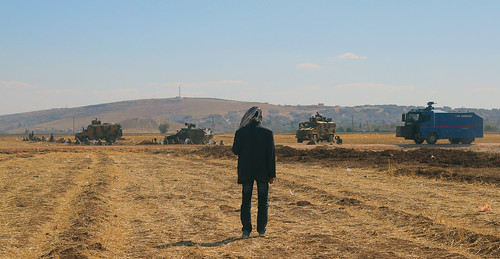 Cuban journalist Miguel Fernandez,of Prensa Latina news agency was the last journalist from the Western world accredited to work in the Syrian capital of Damascus having recently left after nearly a year of occupying that unevviable role. On returning home to Havana, Fernandez gave Sputnik News an exclusive interview in which he reflects back on what he experienced in the war torn country. Sputnik tells us:


Fernandez talked first about the single biggest lesson he learned, which is that the people of Syria don't give in, they don't stop pursuing the dream of having a prosperous country.


"Seeing how these people don't give in, that they dream about a prosperous country, is the biggest lesson that Syria gave me"


Miguel then reflects back on when a colleague of his first arrived in the city, and as the journalist took him


"Fear is the first thing that war creates, that fear which forces people to be on guard. However, Damascus broke that pattern. When my colleague arrived I took him around the city and he noticed that buses and taxis are traveling around, people are sitting in cafes and going shopping, children are going to school. He asked me, 'where is the war?'"

"I said, I will show you before we leave for Cuba. And after less than a day, when we were traveling in a taxi, a mortar shell fell in front of us, onto a group of people, some of whom died, and there was chaos all around."

"I looked at that and I said – that is war. That resistance of the Syrian people, the unwillingness to accept the hardships of war, has inspiredaround the city, everything was seemingly so normal that his friend asked "where is the war?"

Fernandez then discussed how differently the Syrian people view Russia and the United States, saying that Syrians felt the Russian entry into the conflict in support of the Assad regime did not feel like an intervention at all. The reporter also highlighted the differences between the precision and effectiveness of the US vs Russian air strikes.
He said that US airstrikes were not coordinated and often hit Syrian infrastructure, as opposed to Russia's strikes, which destroyed more Daesh infrastructure in 30 days than the US had been able to accomplish in a year of alleged warfare against the terrorists.

"I am fair with blue eyes, so they often confused me with Russians and affectionately greeted me. Syrians believe in Russia because for a long time they were in conflict with the US and some European powers and Russia was the only friendly power."

"I was there when Russia entered the war in September 2015 and Syrians did not perceive it as an intervention, but as support and a sign of solidarity," Fernandez explained.

"For over a year before that the US had led an international coalition that didn't show any results. The Americans carried out bombings but Daesh spread even further, and seized new positions."

"Those airstrikes were not coordinated and often hit Syrian infrastructure, hospitals and schools. The Russian airstrikes didn't, because they entered the war at the request of Damascus and their activities were coordinated in order to be effective and not bring harm to civilians."

With so much speculation and opinion from new and political pundits in print media and on television, people who never set foot inside the mid - east conflict zone, it is helpful to get a first hand account of what's taking place on the ground. What one may find, is that those that parrot the "Russia Bad/US Good" meme in comment threads and on Twitter and Facebook are not providing the true picture. This blog and its companion sites has always said the 'white hats / black hats' narrative is absolutely wrong. Most Syrians support their leader Bashar al Assad, they know he is a tyrant and suppresses opposition but were aware what would rise in his place, had Obama's US led coalition been suvccessful in deposing him, which was always the point of the US and European Union intervention.

The evidence that the USA, using NATO member Turkey (which is nowhere near the effing Atlantic), Saudi Arabia and Qatar as its proxies, armed, supported and funded ISIS and the Free Syrian Army, is now irrefutable.