After a week of speculation and unconfirmed stories about the Orlando shootings in Florida, many of which claim there was more than one shooter in the pulse nightclub, while others claim much of the video presented on TV news channels is faked, another story has emerged. Predictably conspiracy theories have emerged; the incident was a carefully planned ISIS terror operation on American soil, the whole thing was a CIA engineerred false flag and so on ... And now this:

As usual we warn that this is so far just one person's word, so ask yourself does it make sense to you, and if it does, accept it as a possibility, not the truth.

Two police officers who wish to remain anonymous for fear of retaliation say that James Wesley Howell, an Indiana man who was found with a car full of explosives and weapons on Sunday morning, told police he was part of a team that planned shooting attacks on gay communities in Florida and California.

Howell told police he was turning himself in because he wanted protection. His story was that he had been assured by his recruiters he would not be harmed in the shooting but, when he heard on the news that Omar Mateen, the lead gunman in the Orlando group, had been killed by sniper fire, he realized he was being set up as a patsy and would be killed. 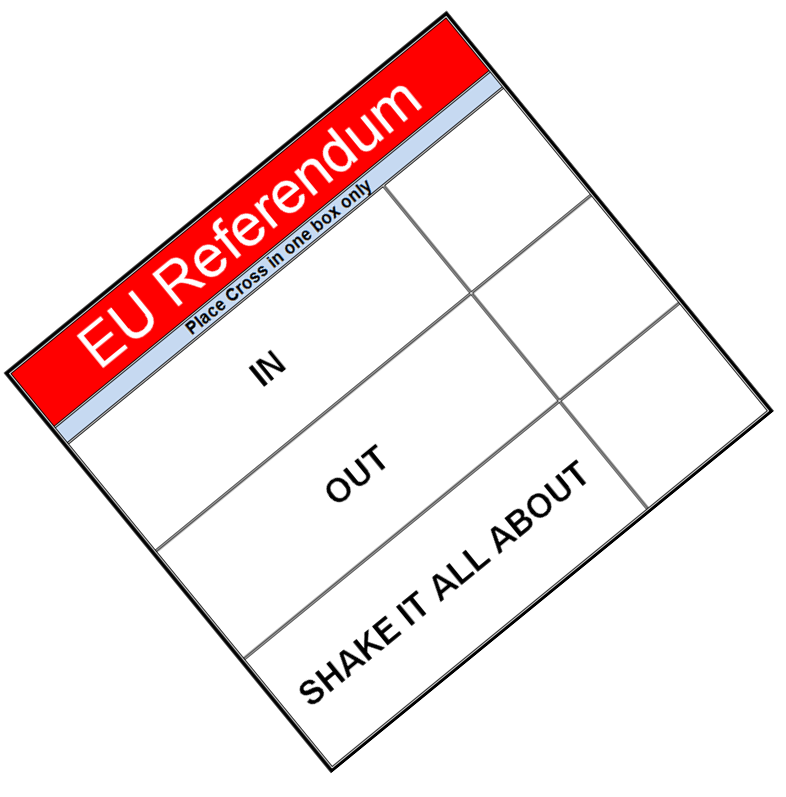 There was a wave of disgust at the way that following the murder of Jo Cox MP in Batley, Yorks. by a constituent with a long history of mental health problems, some luvviessupporters of the REMAIN campaign in the EU referendum tried to make political capital from the murder by dishonestly linking it to the LEAVE campaign. Like most of the other dirty tricks, the bullying, threats, the patronising lectures from that fine European Barack Hussein Obama, the lies, dodgy statistics and prophecies of doom, it looks to have backfired.

In fairness it has to be said that the more prominent member of the REMAIN campaign have not been involved in attempt to politicise the murder. David Cameron and Jeremy Corbyn has been dignified and respectful in their comments, as have other leading campaigners on both sides. The nastiness has, as usual, come from media and entertainment business luvvies, and the Facebook hate mob and the Twitterati.

While campaigning and the publication of polls in Britain has been suspended until after the weekend, in the rest of the world life goes on. And a poll published in USA Today, showing results from data gathered by a British public opinion sampling company shows a surprising result:

British support for remaining in the European Union has weakened in the wake of the murder of the pro-EU politician Jo Cox, according to an online research company Friday.

Qriously, a London-based technology start-up that gathers data and intelligence about consumers through mobile phone apps, found that backing among likely voters for Britain's EU membership has dropped to 32% from 40% before her death.

The poll was based on 1,992 British adults surveyed on June 13-16, and then 1,002 on June 17 — the day after Cox was shot and killed in northern England. The start-up claims to have held the first such survey on the topic since the lawmaker's slaying. Most of Qriously’s surveys are done for corporate brands and it has not been previously conducted an EU referendum poll.

Respondents were asked: "Imagine the EU referendum were held today. Would you vote for the U.K. to remain a member of the European Union, or leave the European Union?" They were given three options: "Remain in the EU," "Leave the EU," or "Don't know."

Qriously found that 52% will vote to leave the bloc in a national referendum on June 23. The figure is unchanged from before the parliamentarian's death. The weakening support for remaining in the EU coincided with a large move toward "Don't know," which leaped to 16% from 9% before Cox's assassination.

Britons are split over whether to leave the political bloc, but a series of recent polls — all conducted prior to Cox's death — have shown the Leave campaign gaining ground in the closing stages of the race. (Source: USA Today)

We cannot know whether this is linked to the week's news, the Batley murder and the mass shooting in Orlando, Florida, by a radicalised Muslim (accounts of the incident differ widely, some witnesses say there was more than one shooter but this has not been confiremed), contribtors to this blog prefer to think of it as a reaction to the disgusting display by REMAIN campaigners led by 'Sir' Bob Geldof (a one hit wonder who does a lot for 'charidee' - and talks about it all the time, mate) who tried to disrupt a campaign event attended by UKIP leader Nigel Farage but organise by trawlermen to protest at what the EU has done to the UK fishing industry.

One thing that might have been anticipated but does not look to have happened, is the knee jerk move to cling to the status quo following any shocking or stressful event. But then this referendum campaign, like recent elections in the EU, has torn up the script in almost every possible way.


When I had to defriend a Facebook contact because she was arguing in favour of the EU, it was not simply because I support Brexit that I had become pissed of with her, it was the snobbish and condescending way she dismissed supporters of LEAVE and their case. People are entitled to their opinion on the European Union, but they should check the 'facts' they post in support of their arguments.
Adolf Hitler, his part in our downfall - free ebook
EU bullying opponents - Farage
EU fast track to fascism
EU becoming German ubermacht
European voters opposed to further integration
EU integration killing democracy
Europe extended
Labour's Kate Hoey makes case for Brexit
How Brexit Will Affect Europe
Brexit posts menu
Europe posts menu