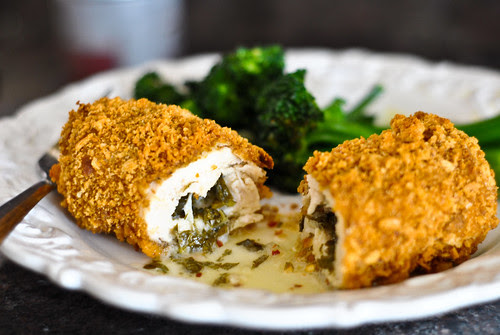 
We look first at the social problems Chancellor Merkel's 'Open Doors' immigration policy is causing in Germany, and further down the page as the political crisis Mrs. Merkel appears to be creating for her government.

Police photo of the raid in Dusseldorf that resulted in the arrest of many African criminals.

A huge raid by German federal Police on an area in Düsseldorf known to be a centre of North African criminal gang activity has resulted in the arrest of 40 immigrants, believed to be mostly Muslim, for crimes such as pickpocketing, robbery and drug dealing.

Three-hundred armed state police officers, backed by federal security forces conducted the operation on Saturday evening in the state capital of the North Rhine Westphalia federal state. Their specific target was North African gangs based in a neighnourhood known as ‘Maghreb’ close to the city’s main railway station, which has large North African population among whom Moroccan culture is dominant and Sharia law is regarded as the only law.

A report from the German police criminal intelligence department suggested up to 2,500 Moroccan, Tunisian and Algerian immigrants residing in Düsseldorf have been involved in criminal activities ranging from organised shoplifting and handling stolen property to controlling prostitutes, drug dealing and extortion Holger Münch, the ,Chief of the Federal Criminal Office, told German newspaper Bild am Sonntag:

“Migrants from the Balkans or from North Africa, especially from Morocco, Tunisia and Algeria, draw attention because of their criminal activities. This is much lower in the case of migrants from Syria and Iraq.”
Details of the raids, part of an operation codenamed ‘Casablanca’, were released by North Rhine - Westphalia state authorities yesterday, reports Deutsche Welle. In total 18 cafes, casinos and Shisha bars were raided resulting in the interrogation of 294 suspects.

Out of the 40 arrests, 38 men turned out to be illegal immigrants, one of whom faced extradition to answer criminal charges in his home nation. Charges against the suspects included handling stolen goods — many stolen mobile telephones were found in the raids — as well as controlling prostitutes, pickpocketing and drug dealing.

This is not the first time the ‘Maghreb’ district of Dusseldorf has been raided by the authorities. The same neighbourhood was hit last year, resulting in several arrests.

Police press officers stressed the fact that the raids were planned last year, and were not connected with the migrant sex assaults that took place in Cologne and other cities on New Year’s Eve.


Former Bavarian President: Close the Border to All Migrants

Unconnected with the raid in Dusseldorf but indicative of the feeling in German communities that Hausfrau - Vokfuhrer Merkel and her elitist government appear to think they can ignore,Edmund Stoiber a former President of Bavaria has said Germany should completely close its borders to refugees in order to solve to migrant crisis.

Despite being formally in electoral alliance with Mrs. Mrekel, Stoiber, the elder statesmen of the Bravarian Christian Social Union Party (CSU) and the Chancellor’s traditional coalition partner in government, said Germany had to change direction and gave the Chancellor just two months to solve the problem. Stoiber is well-known for his outspoken conservatism as was regarded as a thorn in Angela Merkel’s side throughout the time he served as Bavarian President.

“Angela Merkel must now change her position, otherwise there will be disastrous consequences for Germany and Europe,” Mr Stoiber said in an interview with Süddeutsche Zeitung.

In what sounded very much like an ultimatum, Stobier said that if Mrs Merkel does change her policy, there will be a confrontation after local elections in March. As we have reported, there is already widespread civil unrest in areas where the German Federal Government has dumped large numbers of recently arrived, undocumented 'refugees and asylum seekers' who speak hardly any German and have no understanding of German culture and customs, though the local authorities lack the infrastructure to deal with the inevitable problems this causes. These problems are replicated in other nations in Europe that have opened their doors to immigrants withouit carrying out background checks. Norway, Sweden and The Netherlands have been similarly affected.

The CSU must make Mrs Merkel’s own CDU party agree with their more hard line policy on border security, Mr Stoiber added, "If necessary, against the opinion of Mrs Merkel." The only solution that will likely make a difference, Mr Stoiber added, was for Germany to completely close its border to refugees for an unspecified period in order both to reduce numbers.

If it does not take radical action, the rest of Europe will see the migrant crisis as a specifically German problem and will never reach an agreement to tackle it.

Mr Stoiber is well-known for his outspoken conservatism as was regarded as a thorn in Angela Merkel’s side while he served as Bavarian President, despite being formally in electoral alliance with her. In 2002, he outmanoeuvred her to become the main centre-right candidate for Chancellor, but narrowly lost the subsequent election.

During the first six months of 2016, migrants committed 142,500 crimes, according to the Federal Criminal Police Office. This is equivalent to 780 crimes committed by migrants every day. The data includes only those crimes in which a suspect has been caught. Thousands of migrants who entered the country as "asylum seekers" or "refugees" have gone missing. Many are thought to be engaging in robbery and criminal violence.
Labour MP Says Cologne Sex Attacks ‘Very Similiar’ to Normal Weekend in Birmingham
Speaking as a panelist on BBC television’s political debate show Question Time on Thursday 28 January, Labour MP Jess Phillips said the mass sex attacks which took place in Cologne, Germany on New Year’s Eve 2016 were no worse than an average weekend night in Birmingham UK.
Mainstram Media Finally wake Up To Migrant Crisis
In a move that will leave many of its shocked and disoriented, The Sun, the tabloid of tits and trivia today woke up to the immigration crisis that is threatening the social stability of European nations and reported some real news.
Europe's Immigration Crisis (October / November / December 1015)