The Grey and White Peril Coming To Your Backyard 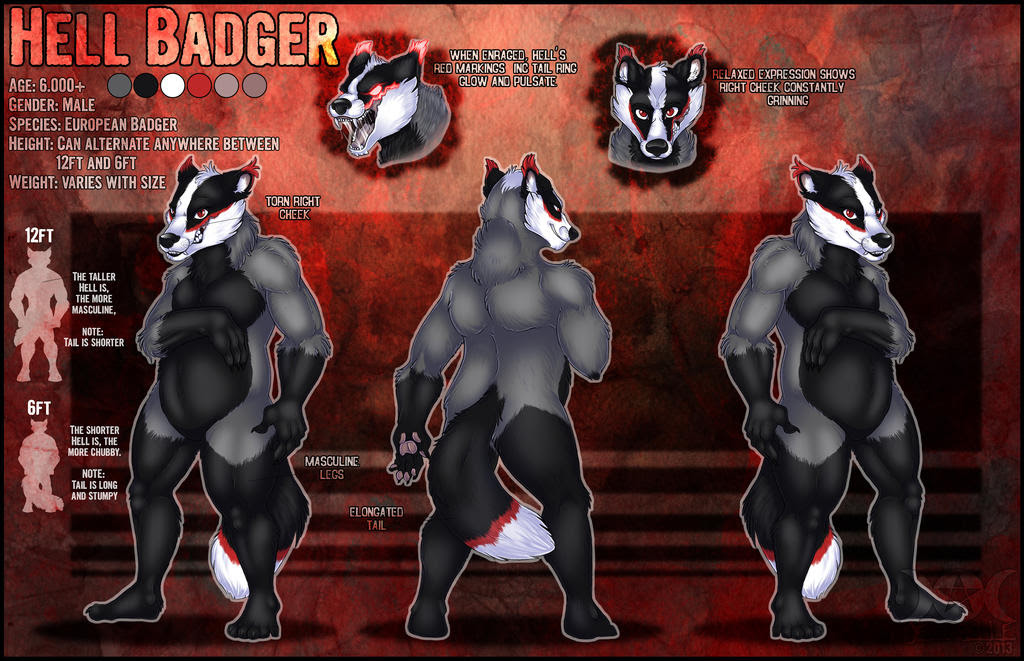 A new hazard threatens the peace and security of the Nimby's who so recently fled the social chaos of the urban jungle to seek a better quality of life in the country. These people are now clamouring to get back into loft apartments cocooned safely in the regeneration areas of the city centres as nature red in tooth and claw conspires to drive them to new levels of paranoia. The nimbys are under threat as gangs on Badgers roam the fields and hedgerows threatening to spread T.B. and Bird Flu among dogs, cats, ornamental poultry and garden gnomes. The Badgers, mostly young and predominantly male, feel marginalised and alienated by the way their environment has been bulldozed to make way for Persimmon Homes Developments.
"I feel some sympathy for them in a way" said Chief Inspector Eric Hunt of the Merchantbankershire police, even a one bedroomed starter hole round here can cost close to quarter of a million. What chance has a local Badger of ever getting on the mortgage ladder?"
Investment Bankers Rupert and Jacintha Offcomer told Boggart Blog that the police are hostile to people like themselves because they are newcomers.
"Our cat Raffles is was traumatised when a young Badger in a hoodie stopped her and asked if she was sorted for TB and Bird Flu." she said Jacintha (32) and looking radiant in a scoop necked T-shirt from D&G.
Rupert (37) then added "that is just the kind of thing we moved out here to get away from as his wife broke down in tears.

"It's a difficult situation" said Eric Hunt, "We are trying to work with the leaders of the Badger community but each time we arrest a renegade Badger it just attracts new recruits for the gangs. Some people say we should get tough, but if you send an unruly young Badger to prison, a few months later you release a fully trained criminal into the community. No, I think we should persevere with Anti Social Badger Orders and ask the rich, privileged, egomaniacal cu..... country émigrés to be a little more tolerant. After all, the Badgers were here before the Bankers.


Check out more humour at Boggart Blog
Posted by Boggart Blogger at 10:25 AM No comments: