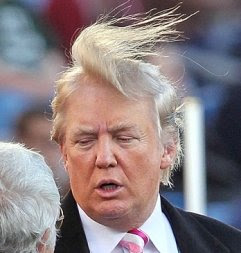 
Since Donald Trump, frontrunner in the race to be nominated Rebpublican candidate in the 2016 US Presidental election made some unpolitically-correct comments about stropping followers of Islam entering the USA until a way can be found of identifying the ones who have been radicalised and trained to perpetrate acts of terrorism in the USA, they media have been getting their knickers in a right old twist.

While Trump's polling figures surged mainstream media, carried pushing the idiotic message that only a lunatic fringe of right wing extremists agreed with Trump and everybody else loves foreigners, especially those who intend to kill non - Muslims. Even here in Britain the story most widely promoted was that a comfortable majority of American's not only disagreed with the world combover champion but deplored what he said.

Now however the truth is starting to emerge. The poll by You Gov (not a polling organisation noted for its right wing sympathies as it is run by a supporter of the UK's Labour Party) that spawned the fifty eight per cent story actually showed that fifty eight per cent of Americans agree with Trump and a significant number did not have an opinion.

Quite a majority then are not the Islam loving liberals they lying media have said the majority of Americans are.

Another reason then to turn to alternative media to find out what is really going on. You just can't believe anything politicians say or that you hear on TV and Radio or  read in newspapers.

As YouGov reports, a majority of Americans say that they view Islam unfavorably, and even Democrats are almost twice as likely to view Islam negatively than positively.


"One week ago the United States saw the deadliest terrorist attack it has seen since 9/11, after 14 people were killed in San Bernadino by Syed Farook and his wife Tashfeen Malik. In the wake of the attack Republican presidential candidate Donald Trump took his most aggressively anti-Muslim stance so far by calling for Muslims to be barred from entry into the United States. Though the United States has millions of Muslims, anti-Muslim sentiment has become increasingly common in public discourse.

Tyler Durden at Zero Hedge suggests Trump's remarks which caused so much consternation in the media and the political estabishment  were part of a cunning plan (Donald Trump as Blackadder? Maybe not.): to get elected president, he will become the only  to talk about the elephant in the room: that Islamic terrorism comes from Islam immigrants. 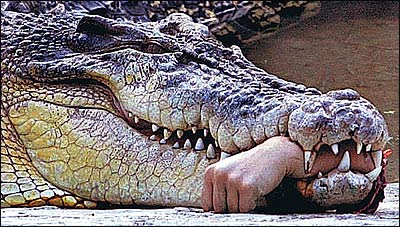