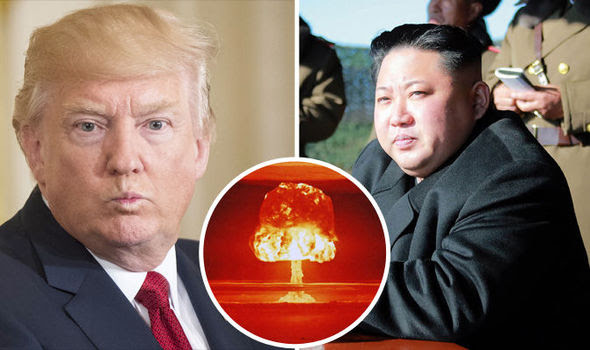 The UN Security Council, in response to the latest missile launches and nuclear weapons tests by North korea unanimously voted this week to impose further sanctions on North Korea The penalties fell short of the sweeping sanctions the Trump administration had demanded after Russia and China demanded concessions in returnm for their not using their power of veto to block the move.

The new penalties include a ban on the sale of natural gas to North Korea and limits the amount of refined petroleum sales to the country to two million barrels per year. If enforced fully this would effectively cripple North Korea's economy. China, supplies most of North Korea’s crude oil and its acquiescence to the embargo along with that of Russia suggests a back door exists to supply the remote state.

China has also been warned that it could face further trade sanctions imposed by the US if it does not abide by new United Nations constraints placed on the Kim Jong-un regime, Treasury Secretary Steven Mnuchin has said. All this tells us is Washington has learned nothing from China's complete indifference to previous threats.

Both Russia and China, North Korea’s main economic ally, initially opposed the US’s call for an oil embargo and other far-reaching sanctions.

Most surprisingly in view of President Trump's business background, this development shows that the infantile foot - stamping that was the hallmark of U.S. foreign policy throughout the Obama era is still a fundamental part of The State Department's diplomatic policy.

Can Britain Dodge Being Dragged Into N. Korean War?