It Wasn't Russia That Rigged The Election For Trump, It Was The Democrats That FAILED To Rig It For Crooked Hillary.

As the USA's electoral college goes through the formality of endorsing the election of Donald Trump's election as President of the USA, there seem to be no last minute surprises, the Democrats have failed to engineer a rebellion among the electors states appoint to cast their votes (according to population) for the candidate each state voted for.

Since election day (November 8) Clinton supporters, angry that voters had chosen anybody other than the candidate for political correctness and corporate crime had been trying to claim US electoral law should be ignored and the Presidency awarded to 'Crooked Hillary' because she had won the popular vote by a majority of three million votes.

News just in via the excellent Milo Yiannopoulis however reveals that three million votes in the election tally were cast by illegal immigrants. Now we don't know how they broke down but we know that Barack Obama had overtepped the limits of his executive power and, in a blatant attempt to rig the election for the Democrats, instructed democrat run states to allow illegals to vote, and had also tried to push through an amnesty allowing illegal immigrants to become full US citizens without going through the appropriate legal process.

So we may assume those three million votes went, by a very large majority to the Democrat candidate.

Which destroys what little credibility the Democrats claims to have won the popular vote ever had.

You Heard About The Yahoo Hack But Mainstream Media did Not Tell Everything you Need To Know. 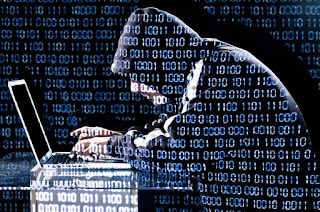 Can't give you a source for this, when I clicked through on the search results
it returned a '404', which means I guess, that the site is being blocked.
That seems very appropriate in the context of the article below.

Its very likely that if you use the Internet and are conscious, you know about the Yahoo hack1 BILLION (that’s BILLION with a “B”) Yahoo accounts were breached in 2013 but Yahoo kept the story quiet until now, and for very good reasons which we will get to. According to information released by Yahoo, stolen user data included names, email addresses, telephone numbers, dates of birth and passwords.

Not much of a problem you may think, if like us Boggart Bloggers you do not use email for conducting any sensitive or confidential business. If you have a Yahoo account and haven't changed your password since before 2013 do it. (I changed mine in 2015 , after getting locked out of my account because I tried to log on from Spain and they decided I was hacking myself,) but before that incident I had used the same password for ten years).

If you do use your mail for stuff you'd rather keep private, get a new, secure emain account (not Gmail or Hotmail, see below,) services like, for example, StartMail, a Netherlands based company. More of this type of service are coming online. There's a small monthly fee, but as I long time IT pro, I have always said the 'everything's for free' business model would prove to be the internet's downfall.

For reasons not related to the hack, StartPage.com private search canceled its Yahoo contract stating they had lost confidence in the company on learing that Yahoo allegedly allowed a US government agency install a spy tool onto its system so agents could secretly read incoming email. Google, Microsoft, Facebook and other US based web cprporations have done similar favours for the US Government, helping advance its agenda of spying on the whole world.

What this means is:

The Yahoo hacks and scandals are just the tip of the iceberg because every US-based organization has to comply with government surveillance requests in accordance with the Patriot Act—and they can’t breathe a word about it legally without winning a court challenge.  If your email account uses Yahoo, Ymail, Gmail, Hotmail or another US-based email service, every US government agency has been able to read your email since 2015.

For email privacy think in terms of organisations that charge a small fee (pay $£€2 per month and you'll get rid if a lot of spam too), look to European companies that offer Search services like StartPage, Good Gopher (American owned but hosted outside US jurisdiction) or the oddly named DuckDuckGo. The European Union has many faults and is an undemocratic organisation, but it does at least protect the privacy rights of citizens in member states.


RELATED POSTS:
Internet access as a human right
Is the Internet making us stupid
Nothing good has come of the internet
How Google tweaks alorithms to serve its business interests
Bloggers censored on internet
Internet privacy theft
Internet sceadugengan
Technology: Opoen windows serve authoritarian governments
The technology of mind control
Technology monster
Google Now Has Access To Millions Of Patient’s Health Records
The Right To Tell Politicians To Eff Off In An Age Of Self Appointed Censors, and Compliant Media
Facebook begins Europe-wide censorship campaign against free speech.
Drinking from a firehose – internet
Shellshock: Can anything stop the hackers? Yes, me and you can.
A Chronicle Of Decay