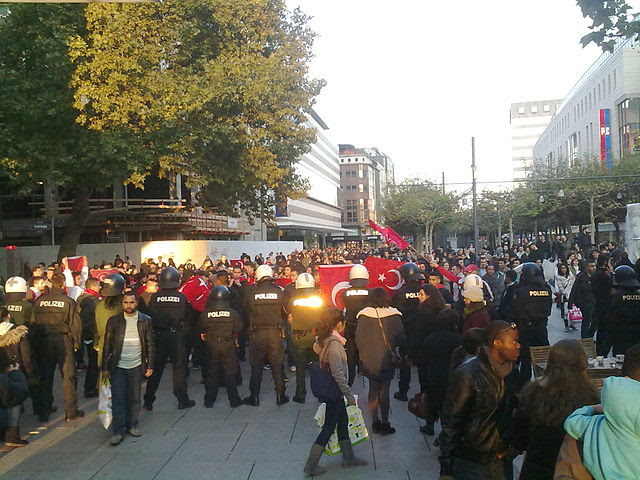 Non Germans now outnumber Germans in the city of Frankfurt, for the first time in a German city more than half of Frankfurt residents now have a migrant background, according to data from the city’s Office of Statistics and Elections.

Presenting the figures, which show that 51.2 per cent of people living in Frankfurt have a migrant background, the city’s secretary of integration Sylvia Weber said: “We have minorities with relatively large numbers in Frankfurt but no group with a clear majority.”

Turks are the city’s largest non-German minority, accounting for 13 per cent of the population. People from other EU member states make up 61 per cent of non German residents. Entitled Frankfurt Integration and Diversity Monitoring, the 200-page report is to provide a basis for the city to respond to inequalities, for example with regards to employment, education, or housing.

Weber hailed an increase in the rate of single motherhood amongst women of foreign origin as “a possible sign that female migrants are emancipating themselves”, and called for more research into the subject.

A book published last year which predicted native Germans would soon be reduced to a minority in Frankfurt, Augsburg, and Stuttgart — joining other “majority minority” cities in Europe which include Amsterdam, London, Brussels, and Geneva — celebrates the demographic transformations as providing greater opportunities for “social justice”.

Don't you just love the left's plans for "government by cliché"

As it becomes clear the Cameron Clowns and Euronazis of Brussels between them can only offer lifes, misrepresentations and scaremongering to support their emotional desire to keep Britain in the EU and then make us part of a Federal European Superstate esxtending into Africa and the middle east, a spilt appears to be developing in the Sottish National Party as many senior figures think an 'in' vote would see Scotland regegated to irrelevance in Greater Germany.

We look first at the social problems Chancellor Merkel's 'Open Doors' immigration policy is causing in Germany, and further down the page as the political crisis Mrs. Merkel appears to be creating for her government.

German Ministers Preparing 'Putsch' Against Merkel - SpiegelSenior ministers in Germany are no longer trying to reach a compromise on Immigration with German Chancellor Angela Merkel. Traditional political allies and supporterswhose loyalty could be taken for granted are gradually becoming her main opponents. The German Chancellor is not only losing power over the refugee crisis in Europe, but she is also unable to manage her own government, German magazine Der Spiegel wrote ...