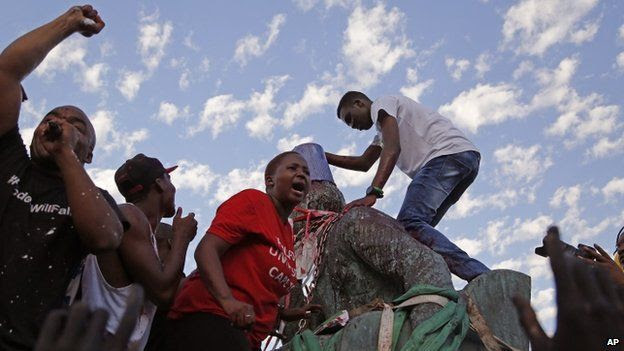 The statue of Queen Victoria, which stands in front of the public library in Port Elizabeth, has become the latest in a series of South African statues to be vandalised.

Several statues have been vandalised across the country this week including the Horse memorial in Port Elizabeth and an Anglo-Boer War memorial in Uitenhage.

The EFF has distanced itself from this specific case of vandalism. A party spokesman said they were not behind the green paint splashed on the statue. Continue reading


Save the African clitoris

Hugging an African does not help

As Migrants Pour Into Italy ISIS Say: Overrun Europe with Immigrants and "Turn it into Hell’