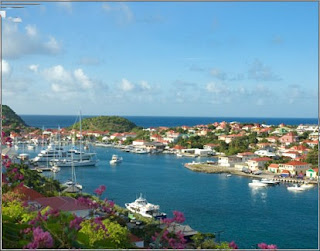 US Virgin Islands: Idyllic resorts, not much of an oil industry
Lawyers for Exxon Mobile went to court in Texas last month seeking to block a subpoena issued earlier this year by the attorney general of the U.S. Virgin Islands, which alleging that the oil and petroleum giant is deceiving the public about the effects of climate change demanded the company open its records to Department of Justice lawyers. Exxon responded by claiming that the subpoena is an unwarranted phishing expedition into Exxon's confidential records and as such violates its constitutional rights; "The chilling effect of this inquiry, which discriminates based on viewpoint to target one side of an ongoing policy debate, strikes at the protected speech at the core of the First Amendment" the court filing said according to the WSJ. One has to wonder who might have bribed the banana semi-republic and with what inducements for their Attorney General to be willing to act as the Obama administration's patsy in this latest attack on liberty.

As was reported last year, Exxon found itself on the shocking receiving end of an administration led by a petulant arrested adolescent (and former rent boy allegedly) who has demonstrated many times in his years as President Of The United States that revenge is always high on his agenda when nations or corporations do not comply with his diktat.

Exxon signed an agreement in 2014 which strengthened the oil giant's links with Russia's state-owned oil company Rosneft. At the time the Obama administration was trying to isolate Russia in order to undermine its economy which is heavily dependent on oil exports. The payback, which can be presented as part of Obama's liberal global warming climate change crackdown (which incidentally confers great benefits none other than carbon credit powerhouse Goldman Sachs the most) rather than an infantile exercise in throwing his toys out of the cot, came when the New York State Attorney General launching a sweeping investigation of Exxon mobile to determine whether the company lied to the public about the risks of climate change, or to investors about how that risk might hurt the oil business.

Given that the Attorney General of that global powerhouse the U.S. Virgin Islands AG has now joined in, one thing that has become clear is that Exxon is now being targeted by the US government for its alleged views on climate change, which implicitly run contrary to Obama's. Of course, the Obama administration applying pressure to those with opposing views is nothing new and entirely in accord with the behaviour of Obama's political role models Fidel Castro, Joe Stalin and Idi Amin. The US government's recent admission that it has prsued a policy of targeting of conservatives through the IRS is a recent example of Obama's tyrannical tendencies and an indication that Obama's dream of turning the USA into a dystopian failed state that would not look out of place in Africa will continue if the anointed successor Hillary Clinton managed to survive the challenges of Bernie Sanders and Donald Trump and (with help from the Department Of Justice) the attentions of the FBI.

This push by state Attorney Generals to go after Exxon on climate change (a plan they surely did not think of by themselves), has prompted five US senators to send a letter to U.S. Attorney General Loretta Lynch demanding that in two weeks, the Department of Justice "immediately cease its ongoing use of law enforcement resources to stifle private debate on one of the most controversial public issues of our time - climate change." Or put another way, to cease and desist from pursuing a government - led witch hunt against opponents of failed - president Obama's energy agenda.

As Breitbart comments, the five republican Senators warned the DOJ her that any improper assertion of federal investigatory or prosecution power is an abuse of power. Well yeah, but isn't abuse of power what wannabe fascist tyrants like Obama do best?

Federal Judge Censures US Department Of Justice Over Unethical Conduct In Immigration Case
Armed Forces Minister: Obama ‘Woefully Ignorant’ of Threat EU Membership Poses
Europe Rejects Obama Doctrine - US Exceptionalism Is Not Acceptable
TTIP: UK Report Shows Corporations Have Sued Canadian Govt For Over $2bn, Obama Claims ‘Did Not Happen’
Obama Bids To Persuade Britons To Sacrifice Their Nations Independence To Serve US Geopolitical Interests
Low And Middle Income Whites and Blacks Feel Threatened As Crime Soars Under Obama
Total Opacity Of 'The Most Transparent Administration Ever'
Support For EU / US Sanctions On Russia Declining In Central Europe
Is Hillarygate coming? The e - mail scandal keeps getting bigger.
Latest NSA Spying Scandal: White House Spied On US Congress.
Obama's Posturing As Leader Of The Battle Against Climate Change Exposed.
Project For The New American Century Born Again
We Learn More Of The USAs Real Foreign Policy From Wikileaks Than We Do From Washington