Germany Axes Canada-EU Trade Agreement, This Will End TTIP Stitch Up Too

Germany Axes Canada-EU Trade Agreement, This Will End TTIP Stitch Up Too

by ianrthorpe @ 2014-07-28 – 18:35:03
We are winning. Well today we are at least. News broke over the weekend that Germany intends to junk the Canada Europe Trade Agreement (CETA), a template for the much bigger and therefore more threatening to freedom and democratic rule Trans Atlantic Trade and Investment partnership (TTIP). So it looks as though the shockwave of the European Parliament elections that saw parties such as UKIP, Italy's Five Start Movement, France's front national and Alternatif fur Deutscheland ans a host of parties in smaller nations doing well at the expense of pro - integration parties has awoken politicians to the anger of voters throughout Europe with the dictatorial attitude of the EU.
READ FULL ARTICLE on Merkel pulling the plug on corporate trade deal
Germany Axes Canada-EU Trade Agreement, This Will End TTIP Stitch Up Too

The secret negotiations around the 'New World Order' free trade treaties, TPP and TTIP that will strip democratically elected governments of sovereign power lumber on. There are positive signs however that the world is waking up to the neo Nazi nature of these sleazy so - called trade treaties cooked up by the Obama Administration and some of the biggest and most evil corporate businesses in the world.

We have written a lot about the two extremely nasty, but virtually unreported in mainstream media) trade threaties currently being negotiated in secret by the Obama Administration, the Trans Pacific Partnership (TPP) and the Trans Altantic Trade and Investment Partnership (TTIP) which are not about free trade as stated but about stripping democratically elected sovereign governments of their powers and handing it to supra national bureaucraies like the EU and Corporate interests like Pfizer, Monsanto and the global banks.

In fact we have written so much that we ought by now to have a menu paged dedicated to TPP and TTIP and would have but for Ian being very distracted by family responsibilities. Loads of links to our stuff beneath the embed window however, here's an article that is a must read for all who value democracy and rights such as free speech, freedom of the press and power to hold to account the elite being vested in bodies controlled by the public.

Free speech - most of our posts
Posted by Boggart Blogger at 12:22 PM No comments:

New World Order? What's That All About?


The phrase New World Order is guaranteed to attract shouts of 'conspiracy theorist' from the  useful idiots who think the political elite would be their friends (if only the right political party were in power). But with all parties offering an identical package of policies, isn't it time to explore what this New World Order, Bilderberg Group, Illuminati, the elite have been talking about for over a hundred years will mean to us if we let it come into being.

So it's ironic really that while the useful idiots are pointing at those whose eyes and ears are functioning properly and sneering about 'right wing nut jobs' and 'swivel eyed loons' the very people those useful idiots are helping to achieve total control are acknowledging that the New World Order they keep talking about is not a fantasy but an authoritarian elite's globalist dream.

The New World Order And Not A Reptillian Alien In Sight

Jacob Rothschild, patriarch of the megarich banking family, and a leading proponent of the drive to create a global authoritarian government made up of people drawn from the corporate and financial elite, has accused Russian president Vladimir Putin of being a "traitor to the New World Order". Evidence we have suggests the elitist conspiracy sees Russia as an obstacle that must be removed before its plan for a global government can be completed
Will Bilderberg End Privacy As We Know It? Agenda Suggests The Elite Will Know Everything About You
The sinister and secretive Bilderberg Group are meeting in Copenhagen this week (June 1 -8, 2014). Forced by pressure from new media and public opinion to reveal some details of its proceedings the group, the existence of which was denied from it's inauguration in 1952 to the beginning of the current century, seems set on a course of increasing surveillance of private individuals legitimate activities. It seems the less of a threat you pose to society, they more these bastards feel they can exploit your very natural fears. It is not al Qaeda you need to fear, but the elite.

Here's How Working Class Organisations Out Of Which the Labour Movement Grew Were Hijacked By Elitist Control Freaks
A while ago I posted an article on the new elite, the meritocracy they like to call themselves although they are of no more merit than the old aristocracy whose role they have tried to usurp. The the aristocrats they thing they are a higher order of being than the masses. The evidence (and these science fans love evidence) suggests otherwise.

European Commission puts business profits before the needs of the world’s poorest.
While the left try to win elections by creaming 'racist' and 'bigot' at anyone who disagrees with their pro - EU, pro - globalisation, immigrant - loving, gay - loving, paedophile loving authoritarian agenda, thus pissing off the social class who make up the Labour Party's core vote, the thinkers among us are seeing the European Federalisation, Agenda 21, Global Government project for what it is ... Adolf Hitler's dream come to fruition

You Wouldn't Vote UKIP And Now The Nazis Are In Charge - I Told You So
The Mummers: The Controlling system And The Illusion Of Freedom
New World Order
Posted by Boggart Blogger at 10:25 AM No comments: 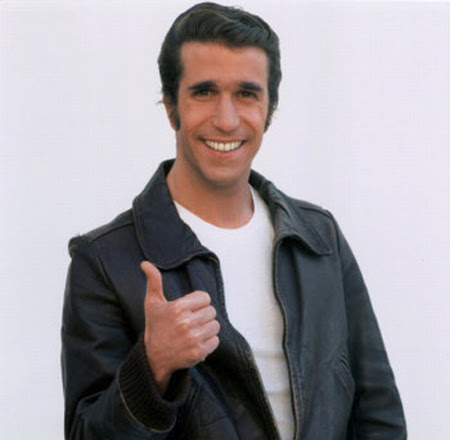 Liberal Democrat Defects To UKIP At His Own Election Count

As someone who had the usual 'racist' smears hurled as be by the illiberal bigots of the 'profressive left' during the European Parliament election campaign, I loved this story. And my support for UKIP was based on my belief  as a libertarian (a belief I have a right to express under the Geneva Convention on human rights -funny how the political faction who scream most loudly about human rights forget they extend to people who disagree with them) that we need to get out of the EU because the Brussles bureaucracy is marching us towards Naziism. We also need to control immigration of course but that will come with regaining our sovereignty, it is nothing to do with racism.
Read full article
Liberal Democrat Defects To UKIP At His Own Election Count

The electric car thing will not go away will it, ever since the science tits who work for Big Tech started proposing that electric cars are the future it has been proved many times in many ways that they are not.
Electric cars are toys for the wealthy, nothing more. The Google driverless electric car, unveiled after months of media hype, was a joke. It looked like something a five year old might have drawn
Cost, extremely limited range and safety are among the reasons electric cars are not going to replace the internal combustion engined family car any time soon. And by the time electric cars might possibly be useful, hydrogen fuel cells will have rendered them obsolete as a form of personal transport.
In brief then, those are some of the reasons why you should never buy an electric car.
And here as a Tesla goes up in smoke, is another …
Tesla Electric Car Turns Into Firebomb after Collision
Posted by Boggart Blogger at 10:42 AM 3 comments: