Love For Sale (with Air Miles) 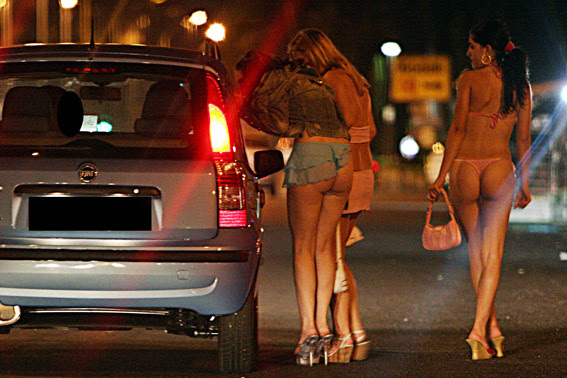 Picture source: jounalisticalabria.it
An interesting news item tells us that prostitutes could soon be touting for business in shopping centres in Budapest. Hungary's Interior Ministry is thinking of allowing some malls where prostitutes could strike deals for sex, as long as they move to a place of their own to enact the transaction. A government letter says there is "nothing intrinsically wrong" with an entertainment centre without gratification."

If this is correct then the former communist state could be leading the way to a new area of commercial activity that our traditional Western capitalists have failed to appreciate the potential of. Free Enterprise in Britain and America has in my opinion always been to ready to acquiesce to the moral strictures of extreme religion. How can any red - blooded capitalist be against commercial sex. OK I know it degrades women, it is exploitative, can lead to abuse and some insist it subverts the values of Christian society (I don't recall Jesus ever condemning a hooker though.) Let's stop being mealy mouthed, hell, we are talking about capitalists here, the people who are happy to profit from making bombs, land - mines and napalm and selling them to third world tyrants, people who are prepared to manipulate the financial markets and consign millions of honest, average citizens to an impoverished old age in order to line their own pockets. We are talking about the morality of the rat - pack.

If we lived in an honest world, Wal-Mart would be into the brothel business like a ferret into a rabbit hole. British mega - retailer Tesco would not be far behind and both would face stiff competition from German cut - price chain Aldi offering shoddy but heavily discounted goods from Eastern Europe. And that is just the low end of the market (I was going to say "bottom end" but that would be open to misunderstanding.) What about demand from the high class shopper. Posh people's chain Harvey Nicholls would do well offering refined young ladies from "old money" families, a thousand pounds up front and then you fund her drug habit for six months. Nieman Marcus on the other hand could specialise in the exotic, a Russian Princess maybe (only a few left in the world), a critically acclaimed writer whose dreary feminist tomes do not sell, a fashion model who grew breasts while in rehab. Retiring to private place to "enact the transaction" would not be a problem either. Most malls could install travel - lodge style accommodation on a mezzanine floor without inconveniencing shoppers who merely wanted a few essential food items.

It could all be very discreet and properly organised just like buying any other goods or services. Without the fear of being arrested in a police sting or mugged by the accomplice of a woman posing as a respectable working girl the customer experience would be enhanced.

And of course the embarrassment of paying a lady of negotiable affection for her services would be lessened if you knew she was going to say "thank you sir, and do you have a loyalty card?"