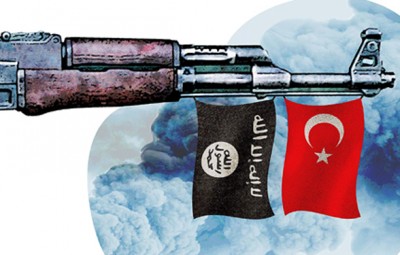 It was a story to melt the hardest heart, a tale of global warming catastrophe so tragic even the most stubborn 'denier' would have to accept 'the science is settled' and start campaigning for a one million per cent tax on every gram of fossil fuel burned because the victims were not working class European or American, Indian or Asian people, but the most irresistibly cute creatures on the planet (except for Paloma Faith and Helena Bonham Carter). Everybody loves penguins especially the cartoon ones that do the amazeballs tap dancing routines in Happy Feet.

So what better way for the globalists and world government advocates to turn around an argument they are losing than to show how global warming is wiping out penguins.

When a story headlined ‘150,000 penguins killed by global warming’ went viral last week, it was triumphantly proclaimed by the faux - scientists of the New World Order lobby to be the clincher that would end the global warming debate one and for all. And it still might turn out to be that, because as we now, it is complete and utter bollocks.

Yet another of those desperately sensationalist, even-the-tabloids-would-not-stoop-this-low, fabricated stories from the climate science acaedme designed to convince us bad-things-are-happening-to-nature-and-it’s-all-our-fault and justify imposing punitive taxes on domestic fuel, banning cars (but expanding Heathrow airport), abolishing free speech and democracy and impelementig an even more oppressive version of Oligarchical Collectivism than the one described in George Orwell;s '1984'. Before the ruling elites can do any of those thing of course, they must first persuade the more credulous section of public opinion that climate scientists are infallible and that mathematical models of the earth's climate running in expensive computers offer a more accurate picture of what is going on that we can get by examining real world data.
The story was seized on by the usual (National) Socialist suspects, and given the emotionally charged headline 150,000 penguins have disappeared in Antartica to imply that somehow man was to blame for the penguins’ plight.

This is because, as the Guardian solemnly told us, an iceberg the “size of Rome” called B09B and somehow created by ‘climate change’ had blocked the route to the feeding area of a colony of Adelie penguins in Commonwealth Bay, forcing them to make a hitherto unnecessary 90 mile round trip to the coast which had caused many of them to die of exhaustion or starvation.

But as at least one penguin researcher has pleaded from the start, there was never any evidence that these birds were killed by that iceberg. Maybe they just did what wildlife tends to do in situations like this when its habitat is disrupted: move.

“Maybe these birds moved. Maybe they died. There’s multiple scenarios that could’ve happened here,” Dr. Michelle LaRue, a research ecologist at the University of Minnesota, told The Daily Beast. “But nowhere in the paper said there was death and destruction.”

LaRue would know. She did the initial census on the Adélie penguins two years prior to the study done by University of New South Wales Natural History dept. that came out early this month.

I have met few scientists and never any Natural History scholars or environmentalists who understand how Darwinian evolution works. Survival of the fittest does not mean the ones that can run fastest or do most squat thrusts are going to survive but the ones best equipped to adapt to new conditions. It is unlikely these displaced penguins will have to evolve into a new species to preserve their bloodlines, after all a giant iceberg will only last about a year (or less than twenty minutes if climate scientists' predictions about the rate of warming were anywhere near accurate).

But why should scientists understand evolution, scientists as a species do not evolve. Just as the climate scientists of the twenty first century cling to the loony belief that a trace gas which makes up 0.04% of the air, and the supposed greenhouse effects of which are duplicated by water vapour which occurs in far higher concentrations, so Pythagoras, the first century BC Bubble and Squeak plagiarised his famous theorem while refusing to eat beans because he believed every time we fart a bit of our soul escapes.

One day monkeys may walk upright on two legs, penguins may regain the power of flight or humans may grow tails and swing about in trees once again, but scientists will always blind themselves with science and be unable to see what's staring them in the fucking face.