Russia Says It May Sever US Relations If Declared Terrorism Sponsor

A Russian diplomat warned that if his country is declared a state sponsor of terrorism, it could not only harm US-Russo relations but potentially sever them completely.

"I would like to mention the legislative initiative currently being discussed in Congress to declare Russia a 'country sponsor of terrorism.' If passed, it would mean that Washington would have to cross the point of no return, with the most serious collateral damage to bilateral diplomatic relations, up to their lowering or even breaking them off. The US side has been warned."

Senators Lindsey Graham (R-SC) and Richard Blumenthal (D-CT) have been leading an effort to pressure the Biden administration into making the terror designation, which would allow new categories of sanctions. The are only four designated countries today: Cuba, North Korea, Iran and Syria.

On July 28, the Senate passed a non-binding resolution calling on Secretary of State Antony Blinken to designate the Russian Federation as a state sponsor of terrorism. ... Continue reading >>>
RELATED:

Are US Supplied Long Range Missiles Really Winning The War For Ukraine?
Since very soon after the start of the war between Russia and Ukraine western powers, USA, UK, EU and NATO have been doing everything possible to prolong and escalate the war. The latest move is to provide the Ukrainian military with long range HIMARS missile. Mainstream media are claiming this has tilted the balance in Ukraine's favour. But for what? To prolong the slaughter? ...

Russian Long Range Missile Test Fuels Nuclear War Fears As NATO Pushed Ukraine To Escalate Conflict
Russia tested its latest intercontinental ballistic missile yeserday, the Satan II has a range of 10,000 miles and can devastate an area of 250,000 square kilometers according to military experts. Bizarrely commentators in mainsteam and online news services portrayed this as a sign of weakness by Russia, though the same people cheered when Joe (Dementiaman) Biden threratened a nuclear response if Russia crossed his 'red lines' in Ukraine ...

Justin Trudeau’s Tyranny Has Finally Been Exposed – by Two Brits! Rupa Subramanya, a Canadian journalist, has written a comment piece for the Telegraph summarising her scoop for Bari Weiss’s Substack. In it she describes how a campaign by two disgruntled British ex-pats forced the Canadian Government to reveal that there was no scientific basis for the federal vaccine mandate.

On August 13th, 2021, two days before Canadian prime minister Justin Trudeau called a federal election, his Government made a major announcement that “as early as at the end of September” federal government employees would be subject to a vaccine mandate. Further: “no later than the end of October” a vaccine mandate for travellers would also be implemented. ... Continue reading >>>

The Conspiracy Theorists Were Right Again: UK Gov. report admits 19.2 million people in England have not had a single dose of a Covid-19 Vaccine,
For two years this blog has insisted that the published data on COVID cases and deaths were fabricated, an essential part of a massive campaign of scaremongering propaganda. There were numerous attempts to make those of us wise enough to refuse the killer vaccines feel as if we are oddballs or freaks. In November 2021 the government's Chief Scientific Advser, back by the chief medical adviser announced that just 5 million people in the United Kingdom were unvaccinated for COVID, having declined the offer of a Covid-19 vaccine.

Bill Gates Developing Virus and Vaccine For Next Pandemic, Wants Global Surveillance Pact with W.H.O. to Track Vaccine Refusniks
Even though the efforts of politicians, the health industries and media doom mongers to keep up the fear factor over COVID looking increasingly desperate in the face of public scepticism, billionaire psychopath and wannabe vaccine messiah Bill Gates, whose 'charitable' foundation owns several for-profit biotech companies and who made $£€billions out of COVID, is already planning his next pandemic scam ...

Covid Vaccine Refusers 'Thrive On Attention' Says Prime Attention Seeker And Chief Clown Boris JohnsonIronic isn't it that the one person guilty of telling more lies and spreading more misinformation about COVID throughout the pandemic, our so - called Prime Minister and according to observable evidence, the chief idiot Boris Johnson launched another attack on 'anti - vaxxers' today, saying they “thrive on the attention”? This outrageous farrago of lies and calumnies spewed at people who have simply chosen not to be injected with a shot of toxic shite that does not immunise anybody against anything


Novak Djokovic is no victim but Australian government 's political opportunism is disgusting
While the world divides more deeply into two camps over the COVID mRNA vaccines, one of the most shameful incidents of the whole pandemic has been playing out in Australia where the world No 1 tennis player has been subjected to a medieval with hunt over his refusal to accept vaccination. The pers=ecution of Novak Djokovic has been engineered purely because the nation's leaders want to put it at the forefront of the push towards global vaccine tyranny.
Continue reading >>>

The climate scaremongers: Viewers turn against the BBC

THE BBC has a Climate Disinformation Unit. Perhaps it should focus on some of the BBC’s own output!

Last month BBC News grandly declared that it has been the driest start to the year in England since 1976, based on figures to the end of June. The figures, they say, came from the Met Office.

A quick check of the Met Office’s data, however, shows the claim is fake; both 1996 and 2010 had drier starts to the year.

A few days earlier, BBC News published a report on the agricultural crisis in Sri Lanka, titled ‘Sri Lanka’s tea farmers struggling to survive’. As this column reported last month, harvests of tea and other crops have been devastated since the banning of imported chemical fertiliser last year.

According to the BBC: ‘Tea is the island’s biggest export, normally bringing in more than $1bn a year, but the industry is being hard hit by the unprecedented economic crisis. ... Continue reading >>> 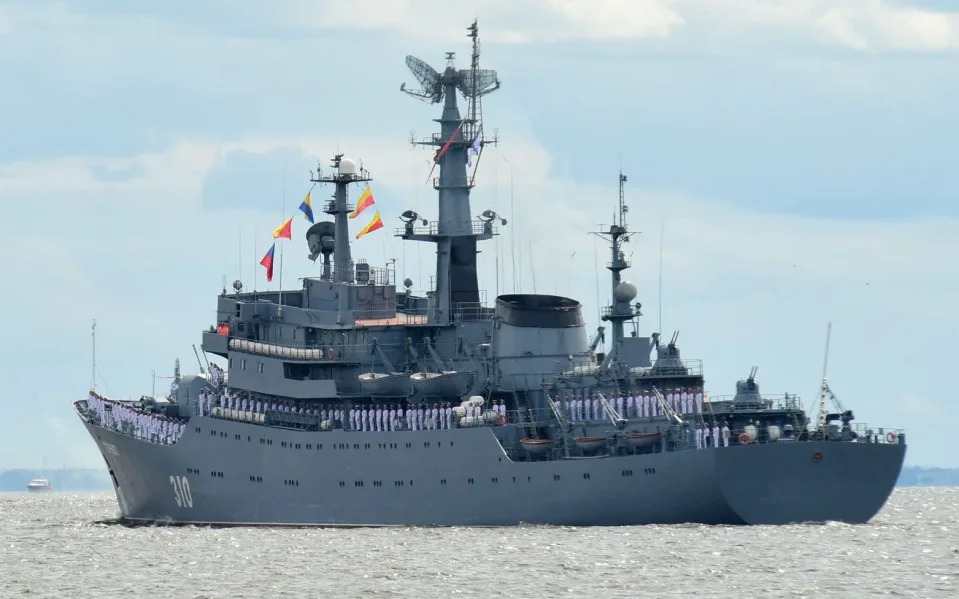 Estonia and Finland plan to sign a coastal missile deal which they say would give them control of the Gulf of Finland, potentially severing Moscow’s link with its fleet in the Baltic Sea.

The deal would rely on Estonia’s new Israeli-Singaporean-built Blue Spear surface-to-sea missiles, which have a range of 180 miles.

Announcing the deal, Hanno Pevkur, Estonia’s defence minister, said that the power dynamics of the Baltic region were changing, tipping towards Nato and away from Russia.

“The Baltic Sea will be Nato’s internal sea when Finland and Sweden have joined Nato,” he told the Finnish Iltalehti newspaper. “Compared with today, the situation is changing.”

The Baltic Sea and the Gulf of Finland hold symbolic and strategic significance for Russians, who regard them as part of their military domain.

Without control of the Gulf of Finland, Russia’s naval headquarters in St Petersburg cannot reach its Baltic Sea Fleet by sea.

It would only be able to access it from Kaliningrad, a Russian exclave wedged between Lithuania and Poland that Moscow captured during the Second World War.

The Kremlin hasn’t commented on the preliminary agreement between Estonia and Finland, although Yury Shvytkin, deputy chairman of the Russian Duma’s defence committee, said a threat to cut off the Gulf of Finland would trigger a Russian reaction.

“There are no barriers for Russian warships,” he said. “We do not seek to escalate tensions however, such provocative statements require not only condemnation but also retaliatory actions on our part.”

Military analysts have highlighted the Baltic Sea and the Gulf of Finland as a potential conflict zone. The US and Nato regularly hold naval exercises in the region.