I didn't come to Sweden for the riots. Or because of Trump. In fact, I was supposed to be here in December — before airline strikes stood in my way.

I came because I was asked. Repeatedly.

Swedish women reaching out by email, by letter, to quietly show me what has become of their country.

Dads writing that they were worried for their daughters, tweeting that Sweden is not the place people imagine it to be, that young girls are scared to go out at night.

A news feed filled with reports of the rape and sex assault of Sweden’s young women, some inexplicably streamed live on Facebook by the gang as they attacked.

Other reports filed quietly away in a box marked unmentionable: the rape of a 12-year-old unaccompanied immigrant by a so called fellow 'unaccompanied minor' immigrant who later bragged he was 45.

When Trump turned the world's attention to Sweden by clumsily referring to the effects of mass-migration on what used to be seen as the most liberal country on earth, the country was ready and waiting to blow.

He provided the touch-paper to the explosive mixture of thousands of bored young migrants who were born into fighting and have brought the battle with them.

While liberals countered with accusations of fake news, the right highlighted the chaos caused in this town where 90% of Rinkeby residents are foreign.

Rape statistics were shared and widely interpreted: either Stockholm was 'the rape capital of Europe', or the increase in sexual assaults was a mere statistical anomaly and look, if you turn the graph on its side you will see the numbers are actually falling. 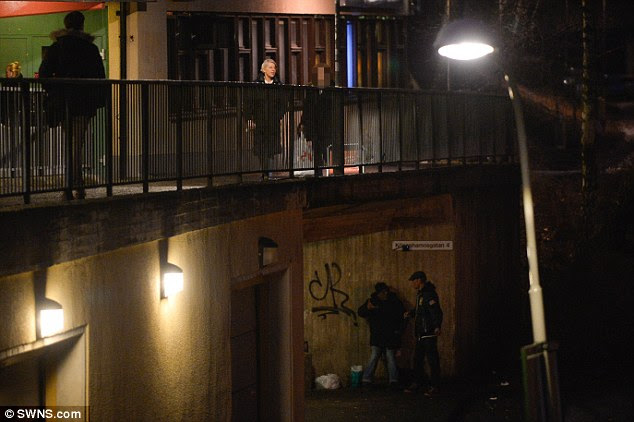 Katie speaks to 'Lucy', a young girl of 27 who lives near a bridge under which men gather all day and night (picture source: Daily Mail) 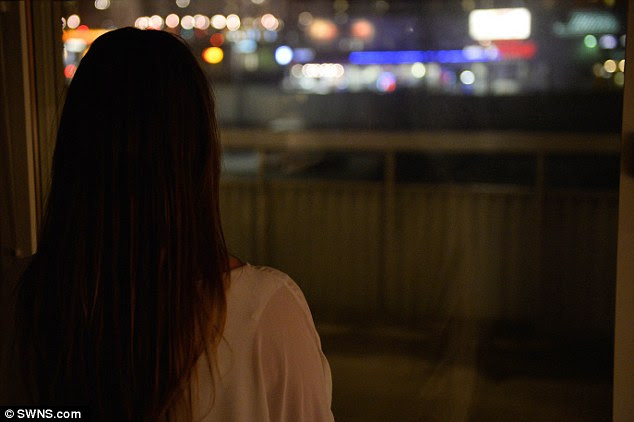 Lucy says she is now terrified of going out alone . Her apartment was broken into last week in the middle of the day. The burglars took her laptop and her car keys, and later her car. Picture source: Daily Mail)

But in a world of polarised news, there still have to be some truths waiting to be told. Even if they are only observations from a single white female with no security and suffering protestor fatigue.
And I've found it all here in plain sight for anyone to see or hear – if they’re listening. If they can stop taking pictures of burned out cars or reinterpreting rape statistics to suit their agenda.


Left wing news organisations are still in denial about the problems being caused in European societies by the unchecked influx of unskilled, illiterate immigrants from backward third world nations. We have reported in this omnibus page on Sweden, where the ruling elite want to replace ethnic Swedes and Swedish culture with what they imagine will be a lovey - dovey, caring, sharing, Kumbaya singing, head-in-the-clouds global culture ...

Swedish Press Conceals Migrant Crimes Due to Loyalty to Government

WTF Is Going On In Sweden