Ethics out of the window as US Government authorises Frankenstein science.

It had to happen in the USA sometime. Where even third world nations have resisted the blandishments of creepy, wannabe - God scientists, it was inevitable that a nation that could elect a crack addicted arse prostitute as its president and follow up with a choice between a corrupt billionaire and a liar, fraud and embezzler whose only qualification for the role was that she is married to a guy who used to be president, would be the first to allow experiments in creating human / animal hybids in the hope of creating monster that would make $$$billions for corporate business. The US National Institutes of Health wants government money to fund research that would mix human cells into animal embryos. It is hoped it could lead to major breakthroughs to tackle disease. Critics worry that it will raise serious ethical issues.

Human animal hybrids - fortunately this monster is only an artistic speculation (Image source: billederanimal
The National Institutes of Health (NIH) had operated a moratorium on researching whether human cells could be used to modify animal brains from 2009. NIH Guidelines for Human Stem Cell Research does not allow human cells to be injected into animals, nor for the breeding of animals using human eggs or sperm cells. Now however, the organization has changed its mind and wants to investigate this field further.

Some of the researchers believe that the techniques could lead to breakthroughs in trying to tackle diseases like Alzheimer's and Parkinson's (this is the usual justification for creepy science the public would not tolerate if scientists were honest and said, "Fuck, we just wanted to create the first viable ManBearPig,") while it could also be used to grow organs needed for human transplants.

"I am confident that these proposed changes will enable the NIH research community to move this promising area of science forward in a responsible manner," Carrie Wolinetz, NIH associate director for science policy, wrote in an article on the organization’s website. Really? Well why don't they show us a few of the amazing breakthroughs that have resulted from ethically dodgy science? The cure for cancer for example? The cures we were promised for Alzheimers and Parkinson's diseases if only we would stop being fuddy duddies and allow scientists to create human embryos to experiment on?

The case is of course, that like the scientists who worked for the Nazis in that unfortunate era in German history, these arseholes are interested only in seeing how far they can push nature before it breaks.

Critics of the plan are worried that the proposed experiments could raise complex ethics questions and go beyond what is deemed acceptable in today’s society, especially when looking at altering an animal’s brain with human cells.

“Let's say that we have pigs with human brains and they are wondering why we are doing experiments on them,” New York Medical College researcher Stuart Newman told AFP.

“What if we had human bodies with animal brains, and then you say, ‘Well they are not really humans, we can do experiments on them and harvest organs from them’,” he observed. “I am coming up with extreme scenarios, but just making these chimeric embryos 15 or 20 years ago was considered an extreme scenario.”

Wolinetz says that adding human cells to animals is nothing new this technology has been used by those in the biomedical industry.

“Researchers have created and used animal models containing human cells for decades to gain valuable insights into human biology and disease development. For example, human tumor cells are routinely grown in mice to study cancer disease processes and to evaluate potential treatment strategies,” she wrote in the statement. again, OK fine, so show us the revolutionary cancer treatments that are saving millions of lives without recourse to surgery, radiotherapy or chemotherapy?

(Tumbleweed, blown by a whining wind, moves through the deserted street of an abandoned village as the lone bell of a derelict mission church tolls a funereal rhythm?

The revised proposal from the NIH differs in that it would involve human stem cells being injected into an animal embryo at a very early stage, which could theoretically mean that the human cells would contribute to the development on the animal.

Newman is adamant in his opposition, telling AFP this “is just a road that we should not go down.” While he accepts that the intention is not to create animals with fully functioning human brains, he adds that “we don't have any laws in this country that would stop unethical people doing those things.”

Some experts have spoken of the need to use human cells in animals to help find cures for diseases, which are baffling scientists. Robert Klitzman, director of Columbia University's Masters of bioethics program, believes the move taken by the NIH could potentially help millions of people around the world and was a “great step in the right direction.” Naturally (ahem) he offers no evidence to back up this assertion, only the arrogance that defines followers of The Church Of Scienceolgy cult.

“We need to be careful with human brain cells,” he said. “What we don't want is a mouse or a chimp that suddenly has human-like qualities, because morally that creates a number of problems.” 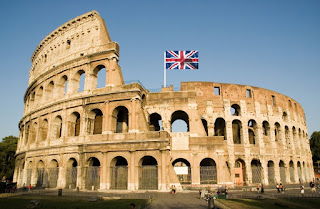