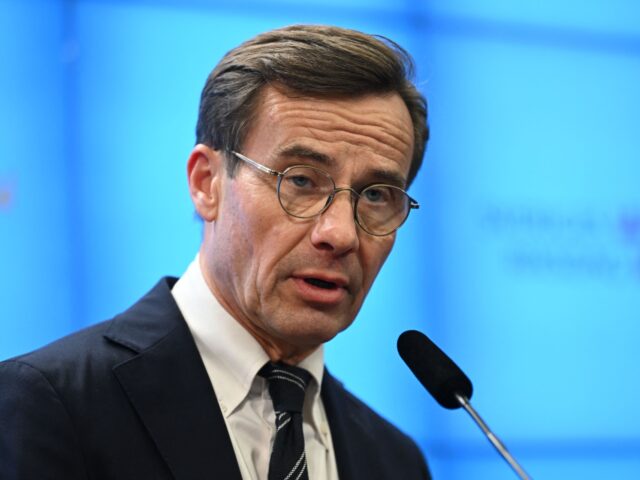 Following the general election in September this year, the decades long domination of the centre left Social Democrats has been broken by a centre right coalition. Sweden now has a new conservative coalition Prime Minister, Ulf Kristersson, leader of the Moderate Party who was elected by the country’s parliament as PM after a coalition agreement between the centre-right parties was reached last week.

However Kristersson's Moderates are not the largest party in the coalition, that distinction goes to the right wing Sweden Democrats, the Eurosceptic, anti - immigration party that was kept out of the governing coalition following the last election by pressure from Brussels. This outside meddling in Swedish domestic affairs resulted in the country being governed by a minority government, a loose coalition of left, far left, extreme left and ecoloony parties.

Kristersson became Sweden’s new Prime Minister on Monday by a vote of 176 to 173 with no abstentions and is expected to present his new government on Tuesday. The election of Kristersson comes despite his centre-right party placing third behind the populist Sweden Democrats in last month’s election. As the Sweden Democrats have been demonised by the establishment, the European Union and mainstream media as a far right party with neo - Nazi leanings it was felt that pushing the SD leader Per Jimmie Åkesson for Prime Minister might lead to confrontation with the EU. 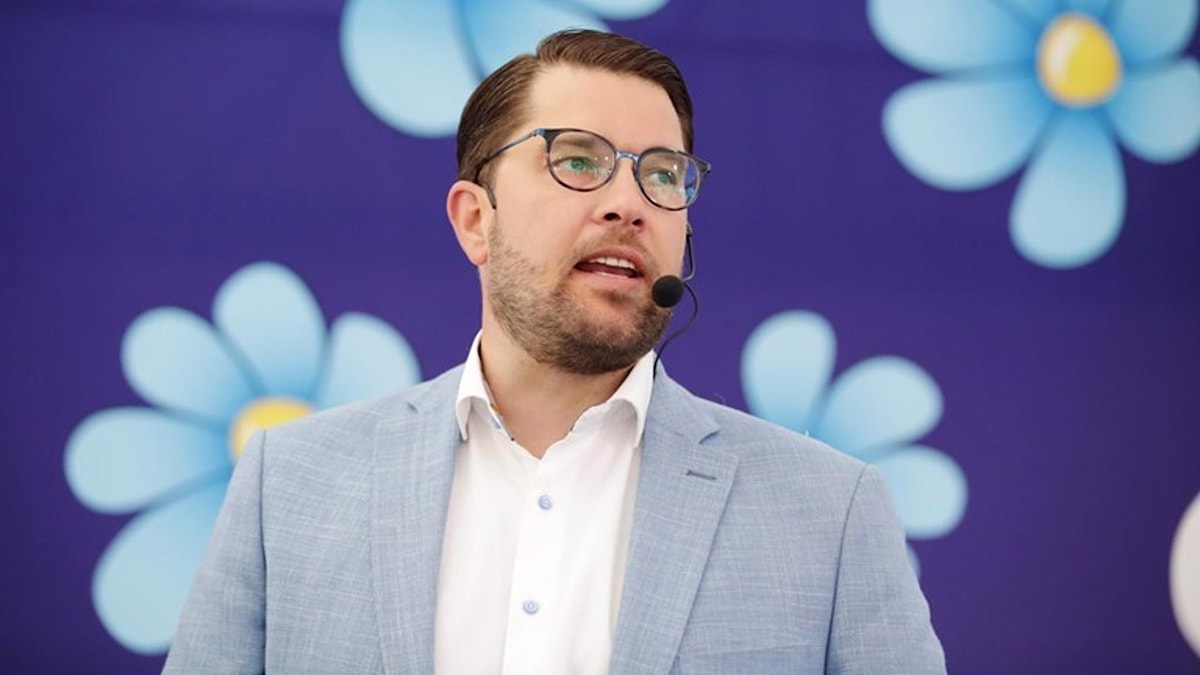 “It feels big. I’m grateful. I am happy about the confidence I have received from the Riksdag but also visibly humbled by the tasks that lie ahead,” Kristersson said following his election.

The election of Prime Minister Kristersson comes after the coalition of the Moderates, the Sweden Democrats, the Christian Democrats, and the Liberals reached a governing agreement known as the Tidö agreement last week, broadcaster SVT reports.

The new government will set about implementing reforms in immigration law and the unquestioned admittance of 'asylum seekers, most of who are economic migrants with no chance of entering the country legally, and seek to withdraw residency permits and deport people involved in criminal organisations or terrorist linked groups. They will also tighten the rules around the granting of Swedish citizenship.

Another area to be addressed urgently relates to problems caused by immigration of unskilled, illiterate labourers who cannot learn Swedish, refuse to assimilate and claim they are not subject to Swedish law because their religious law is supreme. The government will also launch an investigation into whether new migrants to Sweden should automatically be granted social benefits.

On crime, the Kristersson government will look to double the sentences for crimes linked to criminal gangs and look into deporting gang criminals without Swedish citizenship even if they have not been convicted of crimes.

A ban on living in certain areas will also be proposed for those convicted of crimes relating to gang activity, honour crimes, domestic violence, sexual offences and extremism.

The new proposals come as Sweden, which over the past decade has witnessed an explosion in rape and sexual assault, 90% of which offences are perpetrated by immigrants against ethnic Swedes,  has also endured its worst-ever year for fatal gun violence in 2022 (with two m onths of the year still to run,) the previous fatal shooting record being broken in August. The majority of the cases are linked to criminal gang activity, with many of the gang criminals coming from migrant backgrounds.

Sweden’s National Police Chief Anders Thornberg admitted in January of this year that migration and integration failures have contributed to the issue of violent criminal gangs. In the past socialist governments have ordered law enforcement departments and the justice system to back off prosecuting immigrants in order to avoid creating racial tensions.
RELATED:

Jingoistic Western Triumphalism Will Not End The War In Ukraine Or Cripple Putin, But It Is Crippling Western Nations
As the war in Ukraine grinds on and Russia steps up its economic war against the west and in particular The European Union, claims made recently by the idiotically 'woke' leaders of Europe's main economic and military powers that the West has a once-in-a–generation chance to severely weaken Russia’s capabilities, both militarily and geopolitically, look increasingly hollow. Putin's critics have cited 'Western unity' as one of the main reasons why Russia will be economically destroyed and politically humiliated when the Ukraine's military finally claim victory.

Swedish Government Review Of White Genocide (Immigration) Policy Concludes That Swedes Don’t Actually Exist ... ... so its OK to give the country to a bunch of foreign terrorists whose medieval culture inclues stoning, raping and beheading women who are not servile enough, making a living from drug dealing, extortion, pimping, poncing and mugging.If you are Christian, Jewish, Hindu, Buddhist, atheist or pagan, there is no future for you in Sweden because the elite are fobidding the prosecution of Muslims for crimes that are not outlawed in Sharia law.

Convert Or Be Beheaded’ – Chilling Message Posted Through Doors Across Sweden
The notes, which are signed “ISIS”, say that any non-believers will be decapitated unless they convert or pay a “jizya” (religious tax). They have been posted through letterboxes in several cities including the capital Stockholm. They carry the Islamic State banner and claim the police “will not save you from being murdered”.


Muslim Only No Go Areas For Police And Emergency Services In Our Cities? - It Already Happened In Sweden.
Sweden continues to lead the way in surrendering its nation, culture and self respect to exremist Muslim dickheads, reasoning that the violent rapists and murderers of the relion of peace will thank them rather than kill them all. but the people all over Europe are waking to the betrayal of their elites.

Muslim Migrants Promised "Free Blonde Swedish Girls", Imam says Muslims Should Breed With Europeans to "Conquer Their Countries"
This content is so gobsmackingly evil, all we can say is if we hsad not spent hours authenticating it, we would not believe it. If after readin and watching this you still think uncomtrolled mass imigration from the Muslim nations of Africa and the middle east, you need to see a psychologist.

Chief Superintendent Torsten Elofsson retired from police work in 2014 after 42 years on the Malmo police force, but he retains a key interest in the security of the city. Recalling his early days on the force, Elofsson said the nature and volume of crime in Malmo had changed significantly, going from the organised crime perpetrated by biker gangs decades ago to the migrant crime boom of modern Sweden.

Sweden's Migrant Crackdown Could Spell The End Of Open Borders Across Europe
As we have reported many times over the past year, Sweden has been more hard hit by the crimes and lawlessness of illegal immigrants from primitive third world societies than anywhere else in Europe. Even the Sweden hating socialists cannot ignore the epidemic of rape crimes, assaults and the general contempt for Swedish society, law, culture and traditions that illegal immigrants from Africa and the middle east have expressed through their actions.