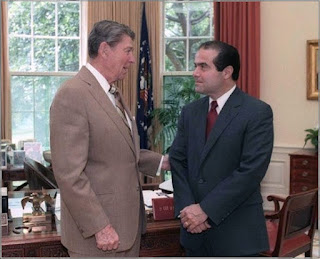 Merkel Isolated as EU members and citizens shout 'Enough.'
German Chancellor, Hausfrau - Volksfuhrer Angela Merkel has been looking increasingly isolated over the past few months as German voters, political partners in the fragile ruling coalition she heads and now the leaders of other EU member states publicly reject her insistence that Europe must welcome the millions of people, mostly economic migrants, arriving at the EU's external borders without passports or travel documents. Merkel's handling of the refugee crisis has been incompetent bordering on insane as she has directed police to ignore serious crime such as rape and violent assault committed by immigrants to avoid raising racial tensions. Once the public became aware Merkel's government were condoning the increasing lawlessness and violence in immigrant communities, it raised racial tensions far more than dealing properly with the problem would.

For a decade Merkel had been regarded as the most powerful politician in the European Union but as a result of the migrant crisis she has inflicted not just on Germany but the whole of Europe as her 'open doors' policy encouraged left wing extremists (largely funded by the global government advocate George Soros) to place ads with third world media sending out the message that Europe actually needs ignorant, uneducated, illiterate, uncivilised peasants and professional beggars.

The crisis has now prompted the foundation of the Visegrad group (see map) - whose core members, the Czech Republic, Hungary,

Poland and Slovakia - threaten to split Europe over the issue of Merkel's proposal that illegal immigrants posing as refugees be distributed around the EU on a quota basis, and over the issue of border controls. The dedication of the ruling bureaucrats in Brussels to the socialist ideal of a borderless world is immovable and the elite in their ivory towers are oblivious to the problems being caused in the cities and rural areas where ordinary working people live.

Merkel provoked anger after calling on all EU member states to participate in a mandatory relocation scheme whereby genuine refugees from war zones, or countries where people are likely to be persecuted against, are offered asylum throughout all the EU countries. In fact Germany has been registering all comers as genuine refugees and asylum seekers, even though many of them are obviously not of middle eastern origin but from sub - Saharan Africa. Many others, while having similar appearance to middle eastern peoples are from north African nations.

At Monday's meeting of the Visegrad group the core members (sic) alongside Bulgaria and Macedonia are outlining their determination to avoid a compulsory relocation scheme and threaten to close their borders completely to stem the flow of migrants and refugees flooding into Europe.

Merkel is desperate not to oversee the collapse of the Schengen borderless Europe zone, if that happens she will be totally humiliated and her political legacy destroyed. Holding things together at this week's EU leaders' summit will be no easy task however. The Visegrad group is calling for a 'Plan B', closing the border with Greece and Macedonia.

Hungary has already built a 175km razor wire fenced along its border with Serbia and another 40km fence at its border with Croatia. Bulgaria built a fence blocking migrants from Turkey and other border controls are in place between Turkey and Greece, Macedonia and Greece, Austria and Hungary, as well as Slovenia and Austria.

Starting Pistol Fired In Race To Succeed Merkel
While the odds of Merkel being deposed by a putsch in her own party may seem slim, they have been improved vastly by her party’s monumental failure in German state elections on Sunday, with her migration policy as the rationale for huge numbers of voters abandoning the CDU for the anti - integration, anti - immigration AfD party.

The unelected leaders of the EU in Brussels are smothering discussion of new pan – European laws that would impact the United Kingdom and all other member states, increasing the amount of money they have to contribute to the EU budget and transferring yet more sovereignty to Brussels ...
Will Merkel’s Migrant Disaster Drive Germany’s AfD Into Power?
Cameron Plays Deal Or No Deal In Europe
David Cameron, who was apparently up all night trying to make other European leaders understand why his country needs a better deal in order to poersuade the prople it is a good idea stay in the EU. Unless Cameron gets what will enable him to sell the idea of surrendering national sovereignty to a Federal European Superstate ruled by a committee of unelected bureaucrats in to the British public he will not campaign for the UK to remain in the bloc