10 Months of War In Ukraine - A Status Report 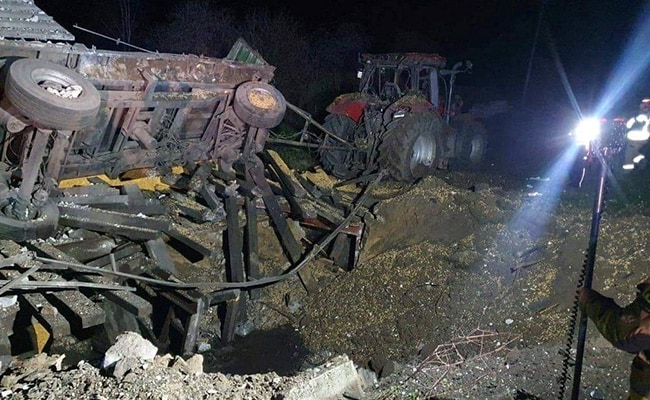 Almost 10 months since the beginning of the Russian SMO in Ukraine so how do things stand.

On the military level in Ukraine things are going well for the Russians in spite of western mainstream media reports that would have you believe the Ukrainians are advancing rapidly towards Murmansk and Vladivostock. The withdrawal from Kherson was not a defeat but a tactical move ahead of the oncoming winter, Russia has sacrificed a few milies of territorial gains in order to give its military commanders more easily defensible positions and also secured its supply lines.

The sistuation is still volatile with the clown Bellendsky and the neo - Nazi nutters he acts as fromt man for still pushing to escalate the conflict beyond Ukraine's borders but their latest stunt, firing a missile into Poland and trying to blame the Russians in order to trigger World War 3 it seems to have caused erstwhile supporters to turn away from Kiev.

The refusal of escalation by the USA after the provocation of the missile fired by Ukraine on Poland has probably sealed the fate of Ukraine. By refusing to intervene, the US accepts the results on the ground where Ukraine is losing 5 men to every Russian killed or injured according to the most conservative estimates.

On the international political level the Russians have scored many points by giving a momentum towards multipolarity.

The abandonment of the dollar is progressing well. A new system is being put in place.Gas and oil flows are turning away from the EU and towards China and India. In the long run the effects will be devastating.

In terms of the real economy, the war is already having devastating effects in the EU. It is only accelerating. BASF has announced the relocation. Will it relocate according to its markets? One part in the USA and one part in China? Or all in the USA?

In 10 months these are impressive results. But the struggle continues on all fronts. :

Will the war in Ukraine continue for a long time? I see a possible end next year. It will be followed by Russian trials of the violation of international law in Ukraine by Ukrainians and their sponsors. At the same time we can ask ourselves what are the conditions for these trials to have a great impact?

The continuation of the struggle will be determined in large part by the fate of the $. Will it still be able to finance the US budget deficit? It is the dollar that allows the US to stir up trouble in many places. Rapid decline with a break-up triggering the dissolution of the Union. Or gradual decline.

Will the industrial and financial incapacity of the collective West to rearm itself have a breaking effect in the ongoing global war? I believe and hope so. The network of coerced alliances will dissolve, dragging down the dollar and liberating many countries.

The global, hagemonic power of the collective West is moribund.