Earlier today Russian Deputy Foreign Minister Gennady Gatilov accused of obstructing progress Turkey in the latest round of negotiations on a settlement of the Syrian civil war. Gatilov questioned Ankara’s role in the process. It is well known of cotse that since the onset of hostilities Turkey's government has funded the ISIS terrorist group by buying oil from wells in territory occupied by ISIS and selling it into western markets and has also nbee active in supplying ISIS and free Syrian Army fighting units with weapons and ammunition.

"It is a pity that foreign players, and important regional players such as Turkey, continue to play an unconstructive role in this process," Gatilov remarked.

The peace talks were halted after the HNC walked out of discussions in protest at what it called a violation of the ceasefire by the Syrian government. Damascus challenged this, claiming the truce was violated by foreign-backed militants.

Concurrently, the Free Syrian Army — often referred to as "moderate" rebels by Western media outlets (because when they behead people with pocket knives, or cut vital organs fro dead opponents and ear them, they are at least fair about it,) refused to comply with the strictures of the ceasefire fearing, they claimed that the Assad regime would use the lull in combat to stifle opposition.

The 'moderate rebels', according to top US military officials, include al-Nusra Front militants, an al Qaeda spinoff extremist network only slightly less repugnant than Daesh.

The Russian government, which conducted a bombing campaign against both ISIS and the FSA and its Iranian allies who put troops on the ground in support of Assad stand accused by Western media of striking out against those moderates supported by the US. In the midst of all this, Tukey has been pursuing its own territorial ambitions by attacking Kurdish territory in Syria and Iraq.

America is accused of arming Daesh and of not seriously opposing the rebels because their priority was to overthrow Assad. There is consistent confusion about the positions and alliegences of al-Nusra, al Qaeda, the Free Syrian Army and Daesh, along with conflicting policies of whether to combat Daesh first or priotitise the US led regime-change operation in Syria concurrently, as is favored by the West.

It is into this appalling vacuum that America’s so-called allies Turkey and Saudi Arabia have operated, sowing havoc in Syria to advance national geopolitical imperatives. While Saudi Arabia seeks to garner cultural expansion of the fundamentalist Wahhabi Sunni tradition, Turkey has masterminded an effort to exact concessions from Europe in addressing a refugee crisis caused, in part, by the mismanagement of the US State Department, Ankara and Brussels. all in all it's a bloody mess and is not going to be sorted out any time soon.


Iran's Ayatollahs save SyriaPutin and
Now That Russia's Putin and Iran's Ayatollahs Have Neutralised ISIS in Syria the focus of terror shifts to Turkey, the NATO members that, with the fuill knowledge of the USA ans European powers has been helping ISIS in its bid to overthrow the Assad regime.

Crazy Obama Administration Claims It Brought Peace And Security To Syria In 2015
As fighting intensifies between ISIS, The Assad regime and its Russian, Iranian and Chinese allies and the FUKUS axis (France, UK, US) with support from Turkey as that rogue state wages a genocial campaign against the Kurds, the increasingly insane warmongers of the Obama administration is telling US voters they have brought peace and security to Syria Fortunately for Americans with enough nous to question the official narrative, new media is getting the truth out to ever increasing audiences.

Yet another report from the middle east offering more evidence that Turkey is supporting ISIS in every possible way and acting as the USA's proxy in the Obama administration's efforts to depose the regime of President Assad in Syria.

The website attracts a predominantly conservative audience so responses in the comment thread were full of Gung ho claims about American exceptionalism and the superiority of American trained soldiers [...] It is already known that Pentagon officials have been shocked by the capabilities of Russia's most advanced aircraft, the SU34 and by the advanced technology used in weaponry of Russian naval vessels now guarding the approaches to Syria's coast.

ISIS: Know Your Enemy - Who Of Those We Think Are On Our Side Is Helping ISIS

Who is funding ISIS, how has the terror group managed to assemble such a large, well equipped and (apparently) well fed fighting force and been able to wage a two year war against the Assad regime in Syria, the forces of the autonomous Kurds and the army of the Iraqi government, such as it is? Who is facilitating their illegal oil trade that is keeping Islamic State afloat.

More on how the USA and its allies Israel and Turkey have been central to the criminal business of stealing oilf from wells rightflly owned by Iraq and the autonomous Kurdish region and laundering it through Turkey into western markets and how the Turkish President Recep Edrogan is making hundreds of millions of dollars from the trade.

After Yugoslavia NATO changed from a mutual defence alliance to an organisation for military aggression. 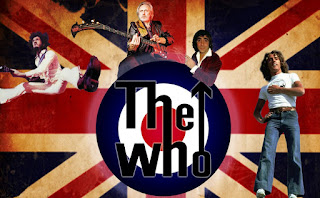