28 March, 2017
A Swedish man has been arrested and charged with racism after being accused of eating bacon in proximity to a group of veiled Muslim women, and of calling them derogatory names.

The alleged offence occurred  in the Swedish capital of Stockholm last weekend. The Swede, who has not been named by media or the police, is said to have approached the women, who were identifiable as Muslims by the  Islamic headgear they were wearing, on a train while he was eating a bacon sandwich. He is alleged to have dangled the bacon in front of their faces, Swedish broadcaster SVT reports.

According to the report, the women moved to different seats but the bacon waving man followed. He is alleged to have called them derogatory names and made racist comments. Neither the police nor the public prosecutor has specified what was said during the incident.

The prosecutors allege he then used racial epithets on another woman in the train station after getting off the train. He faces charges of incitement to racial hatred. 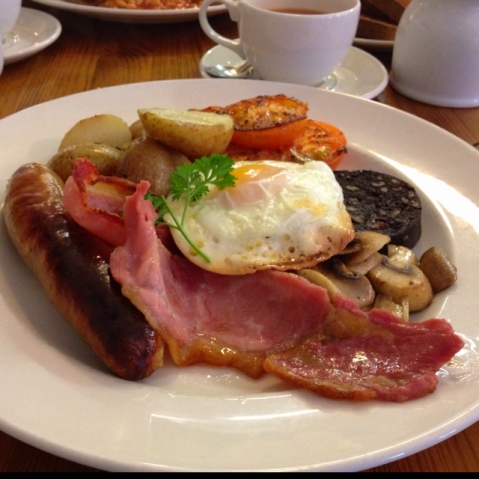 Reaction to the incident on social media has been a mix of laughter and disbelief among English language users. Twitter user PeterSweden tweeted his disbelief at the charges saying: “What’s the next step, being racist for walking your dog?”

Dog are of course considered unclean animals by Islam and therefore are offensive to Muslims.


RELATED POSTS:
A perfect metaphor for the spread of Islamic extremism in Europe
How internet companies like Google and facebook have helped the spread of extremism
Former Labour minister says Britain cannot beat Islam without understanding religion
Top Academic: Muslims Would Not Tolerate Multiculturalism in Islamic Countries
Senior German Government Figure Calls For Mandatory Pork Ban In School, Government Canteens
Britain’s report on Muslim Brotherhood contradicts U.S. views on group
Jews Fleeing From France In Record Numbers Because Of Antisemitism
Multi-Cultural England: Are You Feeling The Progressive Diversity.
We Will Raise The Flag Of Allah In The White House Say ISIS Leaders
German Feminist Says Authorities Covered Up Muslim Sex Crime For Twenty Years
Paris Horror Demonstrates Limits On Tolerance And Need For Border Controls
Refugeee Host School In Germany Bans Short Skirts As They Wind Up Muslim Boys
Je Suis Saussice (in defence of your right to eat pork sausages)
Why should Chritians and Atheists Tolerate Muslim Intolerance
A Chronicle Of Decay
Posted by Boggart Blogger at 8:10 AM No comments: